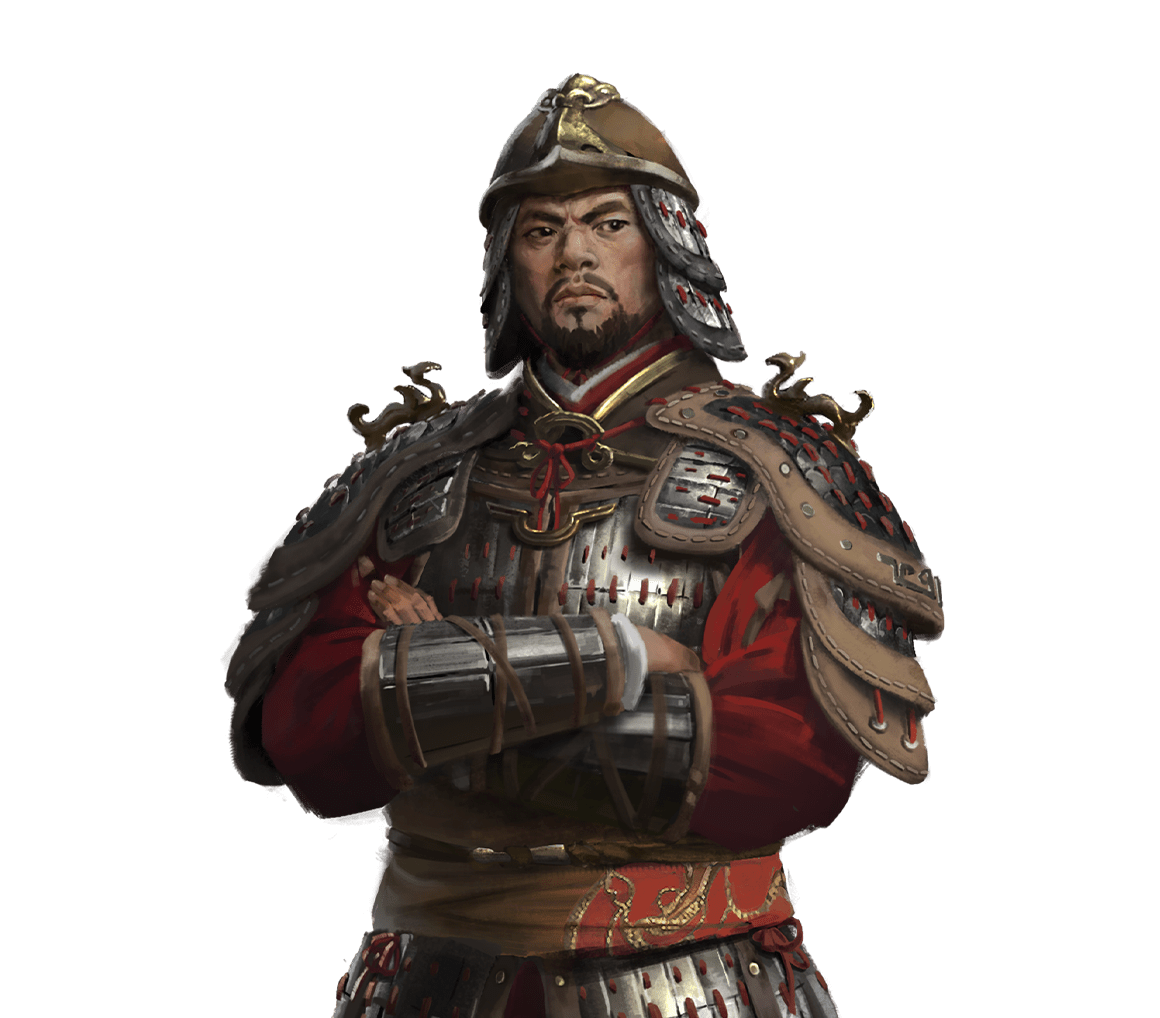 Known for finding skilled associates and assistants, Sima Yong had the reputation of being a capable military commander and a good defender, and was tasked with the defence of the city of Chang’an. Sima Yong had a good reputation among other government officials, and was cited as a “great example of filialty”, but later showed more shrewd characteristics by switching sides in various conflicts. He’s one of most experienced leaders (military and civic) among the eight princes, having taken his office in 277.

Sima Yong is a commander and knows how to exploit the military even for civic purposes. Despite his experience, he needs to be mindful and take the right precautions – he won’t find victory in this conflict by rushing into glorious battle. Instead, calculated security and utilising his military to boost the infrastructural development of his commanderies are the keys to Sima Yong’s success.

One of Sima Yong’s most trusted advisors is Zhang Fang, one of the most prominent military generals and commanders during the war of the Eight Princes. Zhang Fang is hightly capable, but is known to make sacrifices whenever it serves his cause – he famously deported and slaughtered 10000 slaves and fed them to his troops.

Sima Yong starts in the north-east, in Pingyuan commandery, a potent industrial centre of salt production. Sima Yong is at war with the Prince of Zhangwu, in Bohai commandery to the north, which invites an early expansion northwards and makes consolidation of the north a valid early-to-mid game strategy. Later on, Sima Yong will want to turn southwards, towards the capital, to compete with the other princes – most prominently Sima Lun.

What kind of players is he for?

Sima Yong encourages a conservative and defensive playstyle where you progress cautiously, while building up your defences and your infrastructure. Your settlements will generally be better protected from enemies, and you can use your military to make developing your infrastructure more efficient.