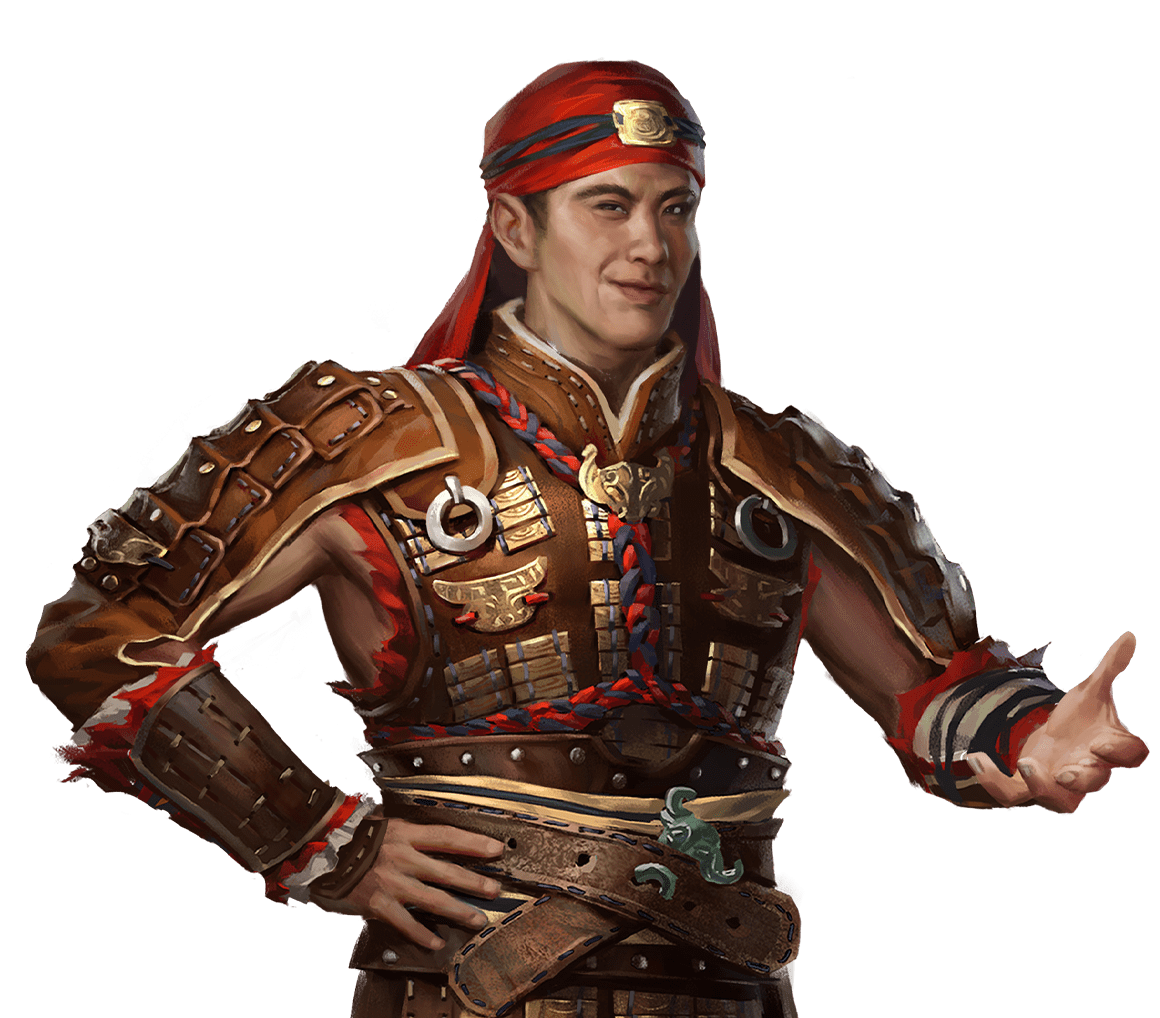 Sima Wei was one of the sons of Emperor Wu, original founder of the Jin dynasty, and was given military command of Jing province at the young age of 18. Known for his volatile temper, but also generous to the people and his troops, he joined Empress Jia in a conspiracy to overthrow Yang Jun. Now his troops are marching into Luoyang, establishing the political and martial pressure in the name of Empress Jia. Nevertheless, Sima Wei is loyal to the Jin, and will not hesitate to do what is best for the empire.

An aggressive expander, he will be able to field armies more efficiently and cheaply if he can maintain momentum. This means a big upkeep reduction and replenishment bonus when his Fury is high. Fury is his unique resource and represents his vigor, his tempestuousness and his spirit in defending the authority of the empire. Fury will make others wary and jealous, so it risks isolating him diplomatically, though his military power should be able to match this. He can also vent some of his energy into rewarding his followers through assignments and gifts.

Sima Wei is accompanied by his two trusted assistants, Qi Sheng and Gongsun Hong. Both are loyal to Sima Wei, and both share resentment against Sima Wei’s rival Sima Liang. Sima Wei can count on both, be it in military matters or in matters of political intrigue.

Sima Wei starts within grasp of the capital Luoyang, and his powerbase is well-established. He has two vassals, the Prince of Nanyang to the east, and the Prince of Ba to the west. While these can initially provide great support, they will eventually open new fronts against common enemies as well. Sima Wei’s starting commandery, Shangyong, is relatively secure and has a Master Weapon Craftsmen, but its terrain is mountainous and difficult to traverse. Therefore, as Sima Wei, it will be vital to extend your powerbase early in order to increase the extent of your military range.

For players who like to be driven forward at all times, and who not only want to feel rewarded themselves for taking risks, but who also like to share their spoils with their followers and comrades.