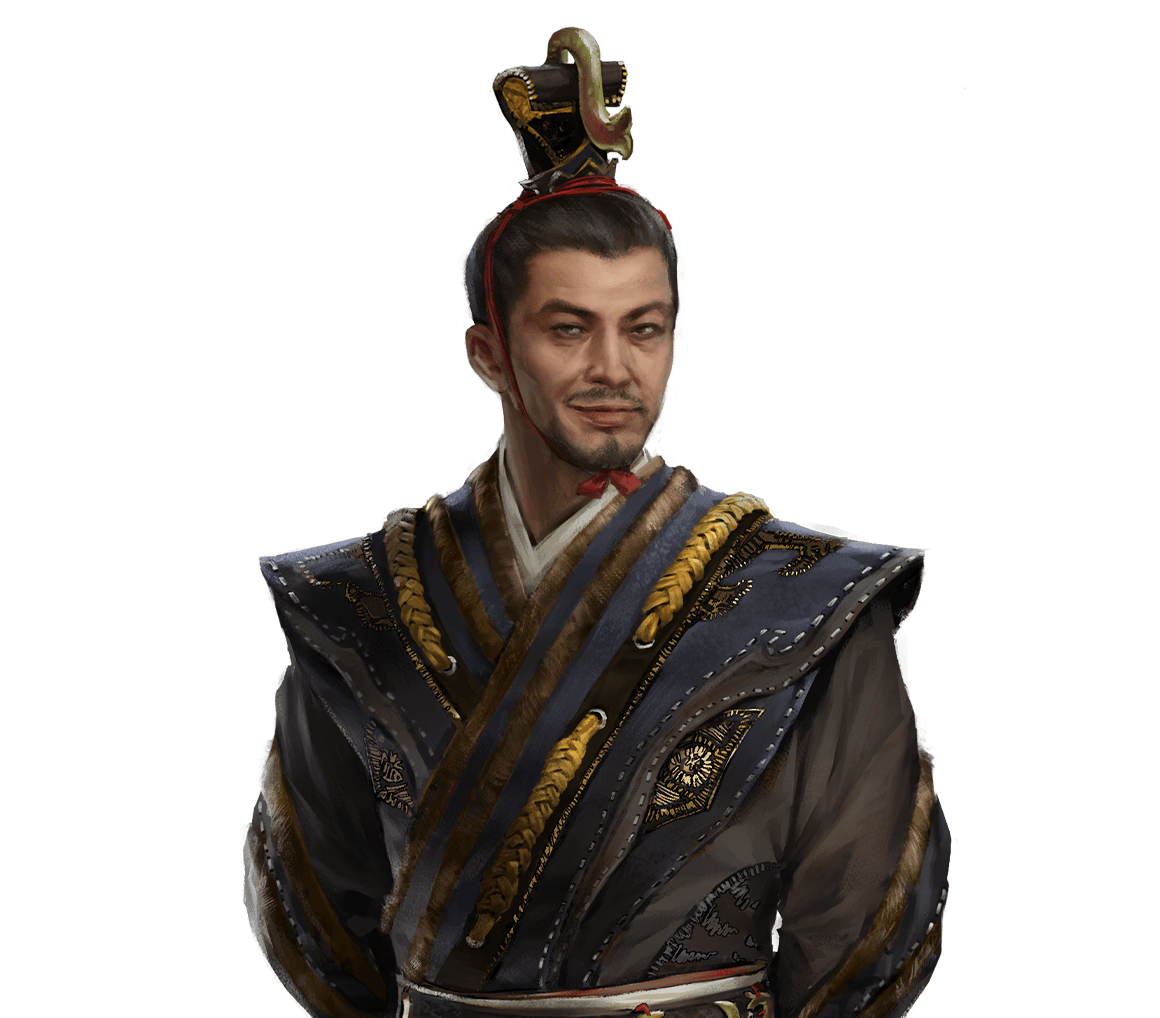 Sima Lun, Prince of Zhao and Sima Yi’s youngest son, was an egomaniac who was willing to go to any length to secure power. Historically, it was through his actions that the War of the Eight Princes started in earnest; having convinced Empress Jia to assassinate the crown prince, he then accused her of treachery and had her and her family killed. Although acting as regent to Emperor Hui at first, it was not long before he declared himself emperor, drawing the ire of the other princes and starting a cycle of war and betrayal that would shake the Jin dynasty for years to come.

Sima Lun is a self-serving schemer, willing to engage in subterfuge and treachery in order to acquire riches and power for himself – even if it means sacrificing the efficiency of his own administration! He builds ‘Subterfuge’ through acts of espionage and by developing his own corrupt judiciary building chain; having plotted sufficiently, he expends this resource in order to control other factions in diplomacy.

Sima Lun may delight in deviousness, but it is said that the true cunning behind his ambition lies in the hands of his trusted advisor, Sun Xiu! An inseparable pair, there are no depths to which Sun Xiu would not have his prince stoop in pursuit of wealth and power.

Sima Lun presides over the fertile lands of Shangdang and Ye, north of the Yellow River; securing the entirety of Shangdang and moving into the Taiyuan mountains will give him a solid power-base and source of income, removing his initial threat and allowing him to focus south towards the capital all the while. Sima Yong – the Prince of Hejian – is nearby, and although they begin on fair terms his opportunism poses a threat to Sima Lun’s ambitions. Prepare for war!

Any player looking to double-down on clandestine activity should embrace Sima Lun’s subterfuginous style, driven as it is by performing spy actions and enabling some powerful diplomatic chicanery. Being a sneak has never felt so good!