Home › Blog › You Have to Start Somewhere: All About Dynamic Start Positions

Last week we announced The Hunter & The Beast for Total War: WARHAMMER II, which comes with three new Legendary Lords (and consequently start positions) in Lustria. This presents a problem in that there are now 11(!) individual starting positions in the Vortex campaign – how do we include everybody and make sure that each start position is the best it can be? Read on to find out…

What are dynamic start positions?

As the name suggests, dynamic start positions are start positions that can change based on the faction you’re playing as. This has the dual benefit of meaning that when a campaign is started there is an immediate sense of challenge, as well as ensuring each campaign is a unique and tailored experience so as to make the most of every new character.

How did they come about?

We first started to tinker with dynamic start positions back when we added Alith Anar into WARHAMMER II, we created a new army for him to fight and made a few changes to what factions owned which regions. After realizing that this worked well, we kicked it up a notch when we released The Prophet & The Warlock with Tehenhauin. His starting position was heavily scripted to make his campaign really feel like he was up against a wall, surrounded by Skaven on all sides (including from below!).

This was definitely something we wanted to keep doing – making campaigns objectively better was a complete no-brainer for us – so we created a robust dynamic start position script. This lets us create fun and engaging starts while at the same time means we can avoid damaging other characters’ starts. We also make sure that this applies to multiplayer campaigns too: if, for example, one person is playing as Gor-Rok and another is playing as Skrolk, we don’t make any changes to Gor-Rok’s start that would negatively impact Skrolk.

All this culminated in us making a huge number of fantastic changes to Gor-Rok’s campaign. One of the more important ones is that we moved Nakai away from the Northern Great Jungle so that Gor-Rok doesn’t need to be at war with Nakai’s vassal before he gains control of his first province. This is beneficial in several ways: firstly, it makes Gor-Rok’s start a little easier inkeeping with how we envisioned his difficulty curve. Secondly, it means that we don’t force an altercation between the two – they are after all both working towards the great plan (although you can of course head to war if you take a particular disliking to Nakai). 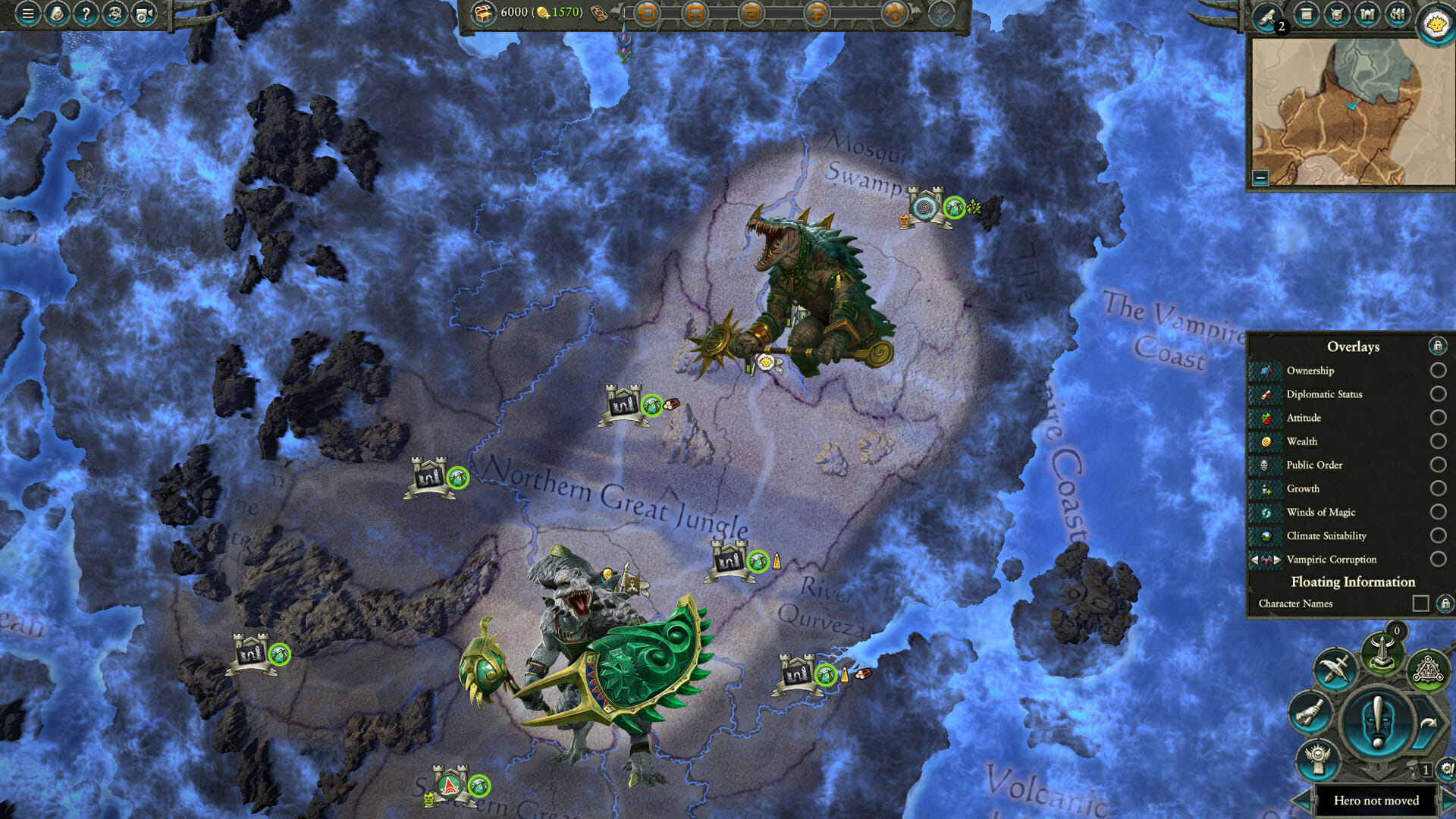 When playing as Gor-Rok, Nakai starts up in the Mosquito Swamp (click to enlarge) 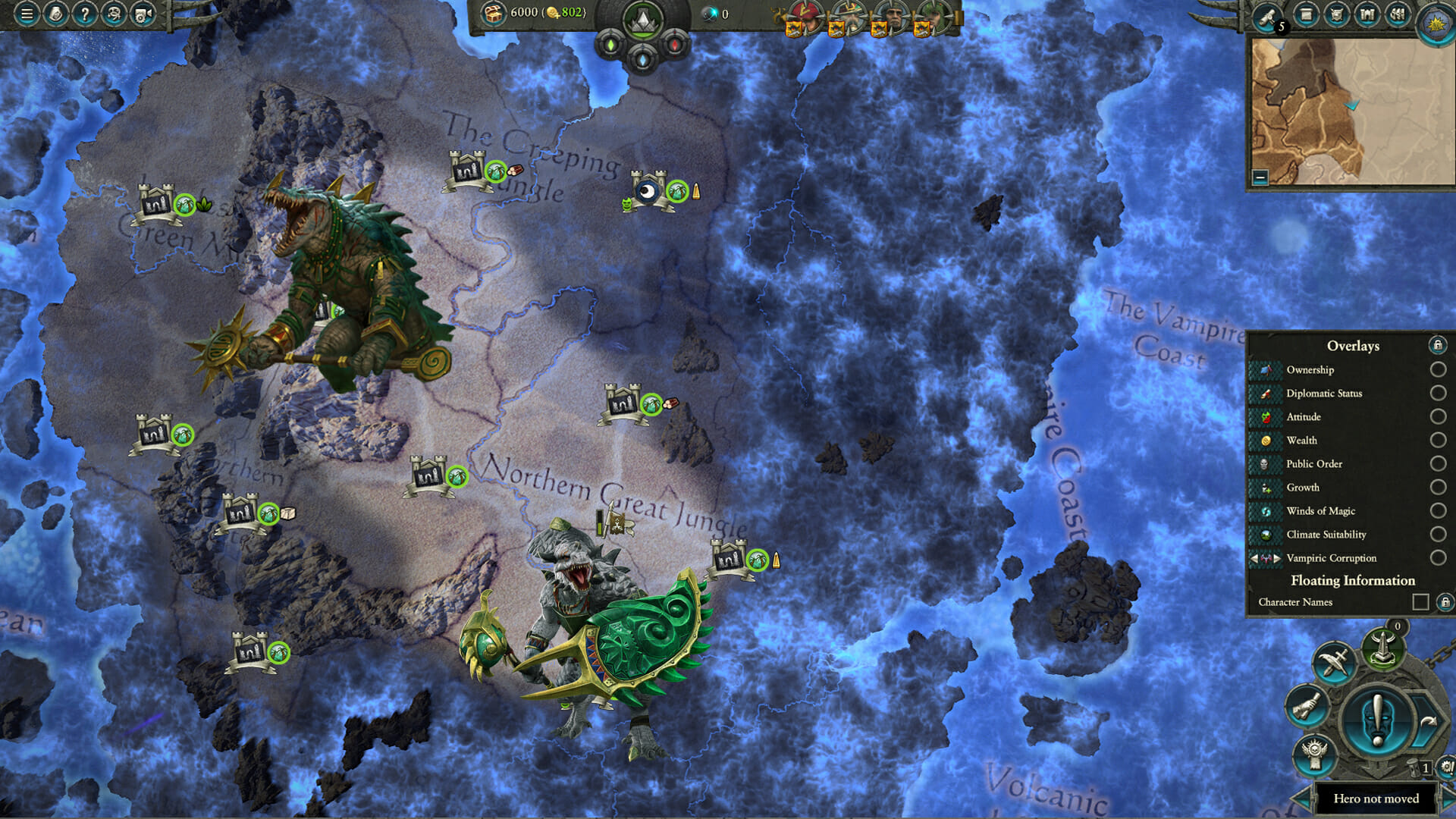 But when playing as Nakai, He starts over in the Northern Spine of Sotek (click to enlarge)

We were also super aware of the fact that, when we created this script, it would be a hugely useful tool for our modding community. Being able to customise each faction’s individual starts opens up tonnes of possibilities for interesting scenarios for the starts of campaigns. Developing with this interest in mind meant that we could make the script very easy to use and include a tutorial at the top of the script to help modders understand ways to use it.

And that’s how we use custom-written scripts to adjust and improve the starting scenarios of all your favourite Legendary Lords!

Didn’t catch Gor-Rok’s introduction? Find out all about him here.

Home › Blog › You Have to Start Somewhere: All About Dynamic Start Positions

As anyone who’s played pretty much any video game will know, voice ...

Forget Markus Wulfhart and Nakai the Wanderer – the real star of Th...