The 1.5.0 update is the next major update for Total War: THREE KINGDOMS, arriving alongside the A World Betrayed DLC and White Tiger Yan FLC. The patch also fixes issues raised by the community as well as introducing new campaign mechanics, units, characters, and more.

Highlights of the 1.5.0 patch and FLC include:

This DLC patch adds 16 new legendary characters. All of these characters will appear in all relevant campaigns, including the 190 CE and 182 CE start dates.

The Warriors of Wu – Cheng Pu and Zhou Tai

Cheng Pu was one of Wu’s most reliable and longest-serving warriors. To represent his steadying hand, Cheng Pu gets a unique battle ability, Exemplar, which improves the performance of all other allied characters on the field.

Zhou Tai is a former bandit who became a trusted warrior of several generations of Wu leaders. His most famous deed was saving Sun Quan from the bandits, receiving many deep scars in the process. To represent this, he gets a unique ability – if he is in battle with a character with whom he is Oathsworn, he becomes unbreakable and will heal over time but have decreased melee evasion.

The Qiao sisters were renowned for their beauty and elegance. and were married to Sun Ce and his best friend Zhou Yu. It is said that it was Cao Cao’s desire to claim the Qiao sisters as his own concubines that led him to engage in the disastrous battle of Red Cliffs.

When both Qiao sisters are in the same force, they will grant all units increased morale and resistance to fear.

Chen Gong and Gao Shun both served Lü Bu during his brief time as an independent warlord. Though they did not always get along, they refused to betray their master even after he was defeated. Both were executed by Cao Cao as a result.

Chen Gong has seen the good and bad sides of both Cao Cao and Lü Bu, giving him a detailed understanding of the flaws of great men. This is represented by his battle ability, which debuffs enemy Warlords in an area around him. Place him well and he can turn an otherwise unfavourable duel in another character’s favour.

Gao Shun is a mighty warrior. Though his stern and disciplined demeanor often clashed with his erratic master Lü Bu, he remained loyal until the end. He leads the Camp Crushers, an elite unit who could be found in the thick of any fight. His battle ability increases the splash radius of his attacks, allowing him to scatter weaker foes with ease.

The Two Zhangs were close friends of the Sun family and two of Wu’s most important officials.

Zhang Zhao is an excellent administrator, known for his stern and uncompromising attitude. He frequently lectured the young Sun Quan on the importance of patience and the need to avoid rash risks.

Zhang Hong is an adept diplomat who can smooth over diplomatic relations as a minister or operate abroad as a spy.

When both are in the same force, they improve the missile damage of all units in the army.

We’ve added a new type of character in Total War: THREE KINGDOMS. These characters are distinguishable from the New Legendary Characters as, while they also have unique art, they aren’t available in custom or multiplayer battles:

We have made some adjustments to the character title system for Han and bandit factions:

In this patch, the bandits have received a revamp that gives them a unique tech tree and faction mechanics, offering a completely different kind of playstyle.

We’ve made changes to the way that bandits build settlements so that they are more inkeeping with the role of a bandit. The emphasis will be on building enough armies for raids in small settlements rather than building a major city with a school, for example.

We’ve taken a second look at the spies system, and have added some much-requested functionality that will greatly improve the depth and interactivity of the system.

These elite infantry units carry the much feared zhanmajian, a double-sided sword so large it is said to be able to remove a horse’s head with a single sweep.

We’re adding several new factions to the south of the map in the 190 CE campaign.

To better represent the realities of the population in Han China, all the provinces have had their starting populations reworked.

The North and central plains of China will now have a larger portion of population compared with the South, with the population in the South of the map being increased for A World Betrayed’s start, while the population in Louyang and the plains North of the Yangtze River being larger for Mandate of Heaven.

Below is a list of the historical provinces and the in-game commanderies that would have been placed within them. Due to gameplay restrictions, all population numbers have been halved from the actual historical population sizes.

The following commanderies have had their fertility level changed to better reflect their historical food production capabilities:

A major issue that came up in the feedback sent in response to the balance development blog released in February was the strength of fire (shock) cavalry, which was causing earth (melee) cavalry to become second choice for players. To fix this, cavalry speed across the board has been increased, as well as missile units now doing 50% more damage against fire cavalry. This should see fire cavalry taking far more casualties under fire.

The upkeep reduction to Qiang units from several Warlords has been reduced also:

The morale effect from being attacked by cavalry has been reduced.

Due to missile units now being more potent against cavalry, their power against other units has now been reduced slightly:

To reduce their effectiveness against infantry, all shielded troops have seen a slight boost to missile block chance.

With many of you are enjoying the new axe unit balancing, the Axe Band unit has been made more accessible – while also slightly less versatile.

Following on from the changes made for Mandate of Heaven, unit upkeep and recruitment costs have been overhauled. This should help solidify the militia units as less value for money than higher tiers when used in campaign.

In general, you will see a massive reduction in recruitment costs, especially for high-tier or faction-specific units, while upkeep has increased slightly across the board.

As part of the unit tier rework, the experience bonuses have been reduced. This should help to encourage the player to swap militia or low tier units to higher tier units once they become available.

Alongside these, various visual changes to unit acceleration and turning speed have been made to visually differentiate between the separate unit weights, with cavalry turning speed also having been reduced to more realistic levels.

Overall acceleration and turn rate are lower, significantly so for heavier units, while run speed has been increased.

As morale is now more important to the balance of battles, the bonuses from Authority, skills, armour, traits, and trophies have been reduced. Units have also been made more likely to shatter after each time that they rout, reducing the number of times units should be routing and returning to the battlefield. These changes should help to make strategies that target morale more consistent, as well as making routing a unit more permanent.

You can now grant your court administrator independence as a vassal (please note that does not work for capital administrators).

In the 1.4.0 update, we implemented a change that baked CEO data into save files with the aim of making modding around patch updates a bit easier. However, this change has had a knock-on effect, and is causing save file crashes. As a result, we have chosen to revert it, disabling CEO data baking by default with the option to enable it through the preferences script (this might have an impact on mods moving forward). If you’re having any issues with mod content, make sure to read mod descriptions and ask the mod author for their recommendations. 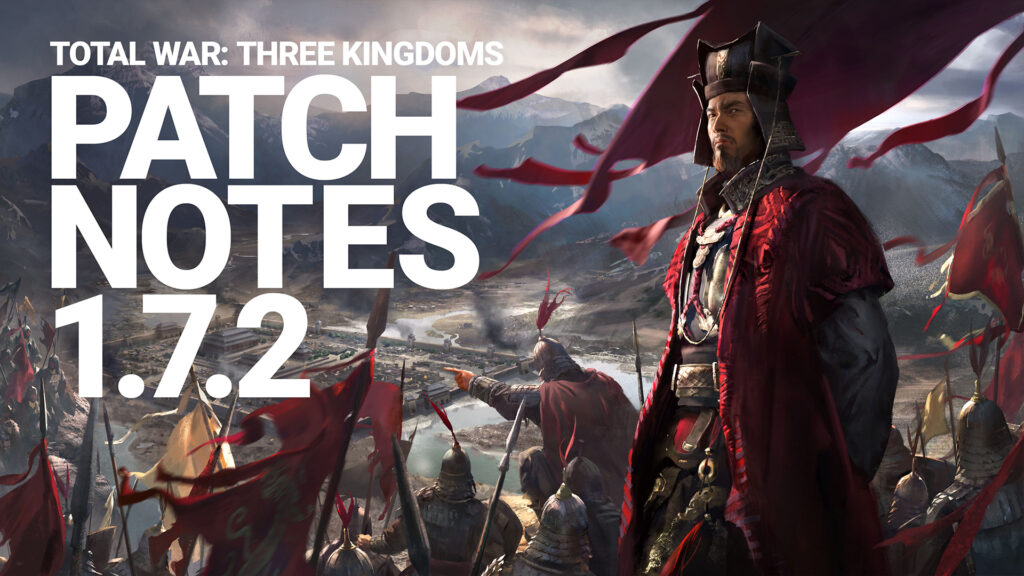