Here at Creative Assembly we’re big fans of warfare throughout the ages – obviously within the context of a health and safety certified environment.

To this end, we headed into the countryside with a couple of cameras and a GoPro to check out the Loxwood Joust, a medieval and jousting festival spread across two massive fields and a forest on the edge of West Sussex.

Welcome to the first edition of the Total War IRL blog! 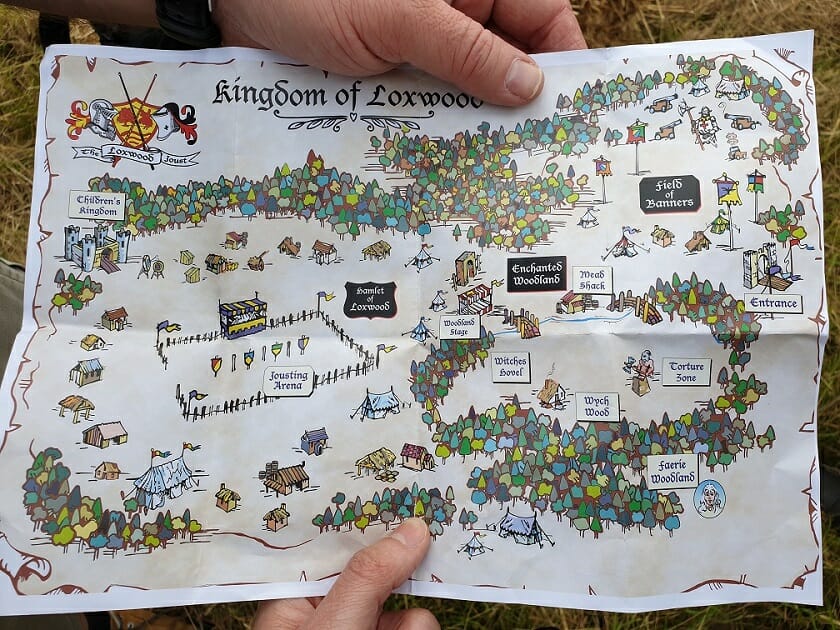 While certainly not as deadly as the battlefields in our games (although in time-honoured British tradition we were assailed by a number of wasps), the Loxwood Joust had a lot to look out for. While Druchii might be disappointed by the lack of a full-blown Torture Pit, there was a very educational Torture Zone, where we were treated to the cracking of bones of the unfortunate gentleman strapped to the rack: 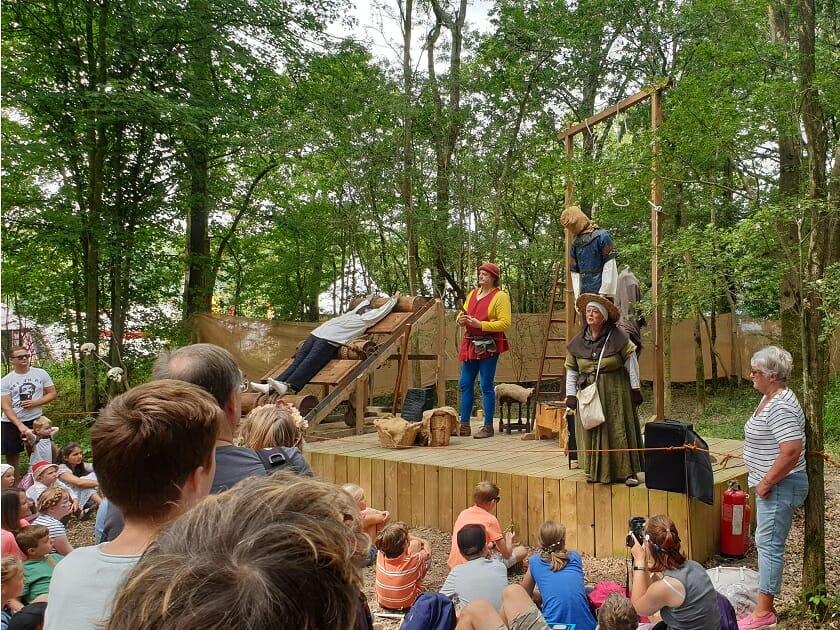 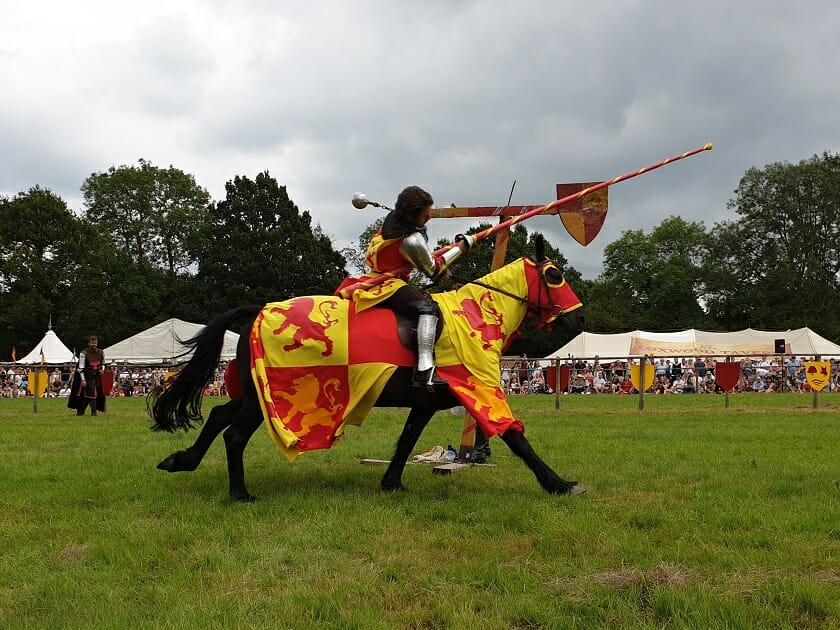 The Total War games have their fair share of lance-wielding knights, from the Bretonnian and Empire cavalry in Total War: WARHAMMER to the more obvious MEDIEVAL. The eponymous Loxwood Joust sees the kingdom’s top four knights face off, but on the actual battlefield there’s no such sportsmanship – lances are there to kill, not shatter on your opponent’s shield. 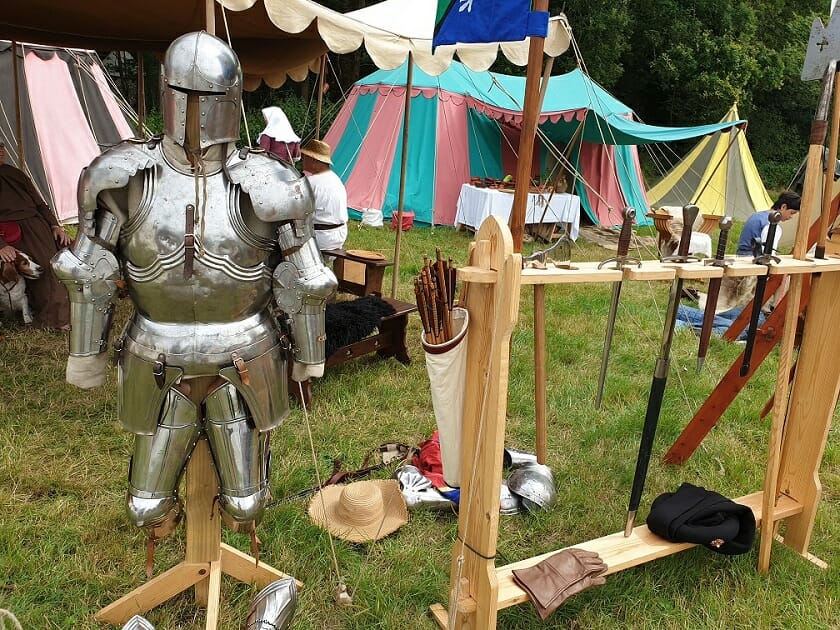 The bread and butter of any good army, the event saw the forces of Loxwood face off against those of the neighbouring Kent. Although admittedly these melees were much less fatal than any you’d see in our games (definitely no Blood Pack here), trying to come out on top in a clash while wearing up to 25kg of armour in the sticky heat is still no mean feat. 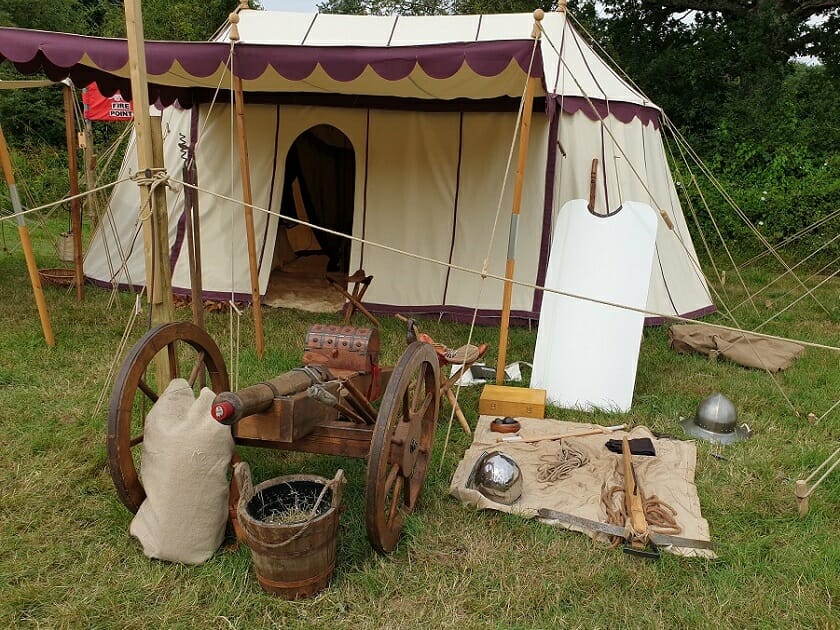 A game changer in contemporary warfare, demonstrations of firearms through the ages from pistols to cannons showed just how destructive – and loud – they could be. While something like Total War: WARHAMMER’s Hellcannon is admittedly rather far removed from anything historical, even vanilla artillery could be utterly devastating (and perhaps even to your own side if you weren’t careful). 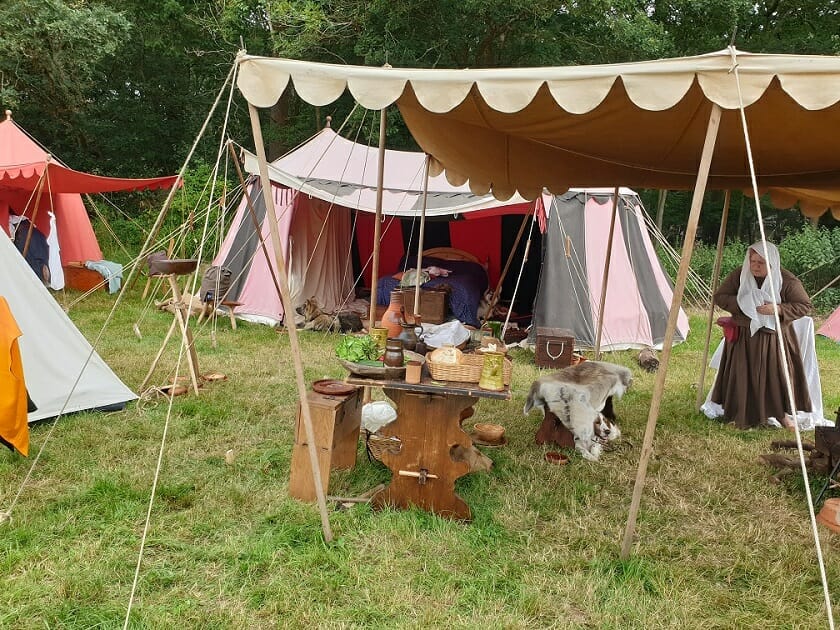 It’s easy to forget the hardships the average person would have faced – especially if they were unlucky enough to be born a peasant instead of a knight. The common folk we encountered living their best lives at Loxwood’s Field of Banners seemed to be having a pretty nice time of it, but in Total War they’re more often than not being used as meatshields and cannon fodder – no cosy pastoral idyll for them.

We had a great time snooping round the Loxwood Joust but this blog post is just a taster – it gave us lots of nefarious ideas so make sure you watch this space!