Curious about what Steam achievements you’ll be able to pick up in Total War: THREE KINGDOMS – The Furious Wild? Check them all out here!

During a Nanman campaign, have all Nanman fealties under your control.

That Still Only Counts as One

Win a battle where an entire retinue was made up of tiger units.

Lords of the South

When playing as Shi Xie, have 4 vassals that are also members of your family at the start of a turn.

During a Nanman campaign, complete a tech tree where all major reforms are to one side.

Playing as a Nanman, become the emperor of the Han, or establish the Nanman kingdom. 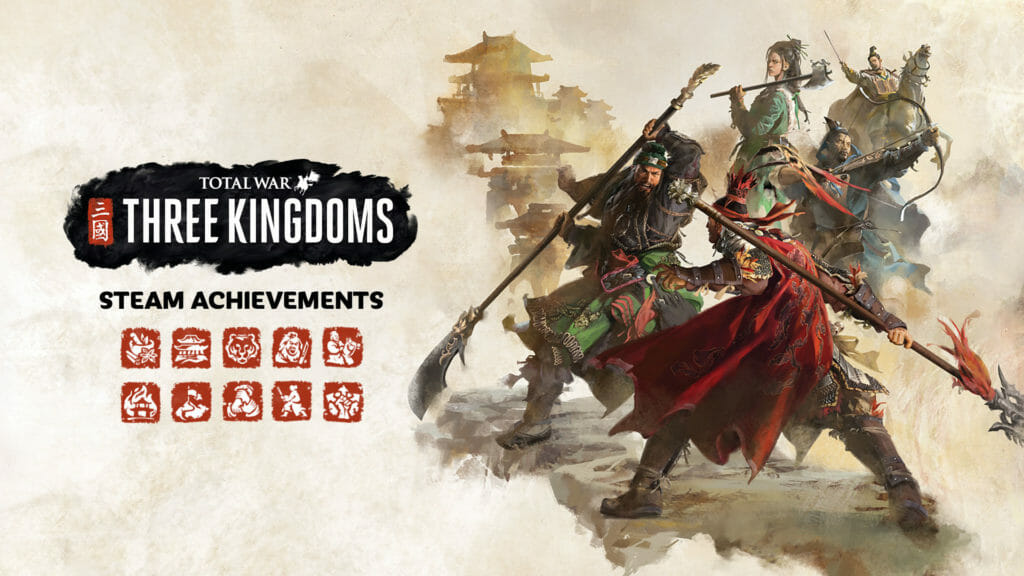 Wondering what achievements you’ll be able to get your hands on in ...