Home › Blog › The Audio of the Aegean: Swords, Shields, and Seas in A Total War Saga: TROY

The Audio of the Aegean: Swords, Shields, and Seas in A Total War Saga: TROY

Pre pandemic while in search of more behind-the-scenes insights, we sat down and chatted with Creative Assembly Sofia audio lead Kiril Petrushev about how exactly the team in Bulgaria were able to create some of the incredible audio for A Total War Saga: TROY’s Bronze Age setting – here’s what he had to say!

Our first audio project when we joined Creative Assembly was A Total War Saga: THRONES OF BRITANNIA. This helped us learn a lot about the audio of Total War titles. The first thing we saw as an opportunity for improvement was the crowd noise and the group vocalisation. We discussed it with lead sound designer Peter Tolnay, and we decided to do a recording session in Sofia with our own employees on the roof of our office. Over 30 CA Sofia employees gave it their best shot, and this turned out to be very successful and motivating for the whole team. Having expressive human voices really made the in-game sounds come to life.

The Sofia audio team also dedicated a lot of time to working on environment and melee impact sounds for TROY. We researched the four climates we depict in the game and, although not drastically different, each has its own peculiarities and fauna that needed to be represented.

We held recording sessions in different parts of Greece, Northern Macedonia and, of course, Bulgaria as it has a similar climate to the Northern Aegean. We also used sound libraries from these regions including Turkey. The most interesting part was choosing the sounds that would best immerse you in the Mediterranean. We tried to make the seas sound calmer, and the waves gently caress your ears. When you enter the high seas on the campaign map in TROY, we wanted you to notice a slight change in the sounds you hear. There might even be a surprise, but let’s leave that for you to discover! 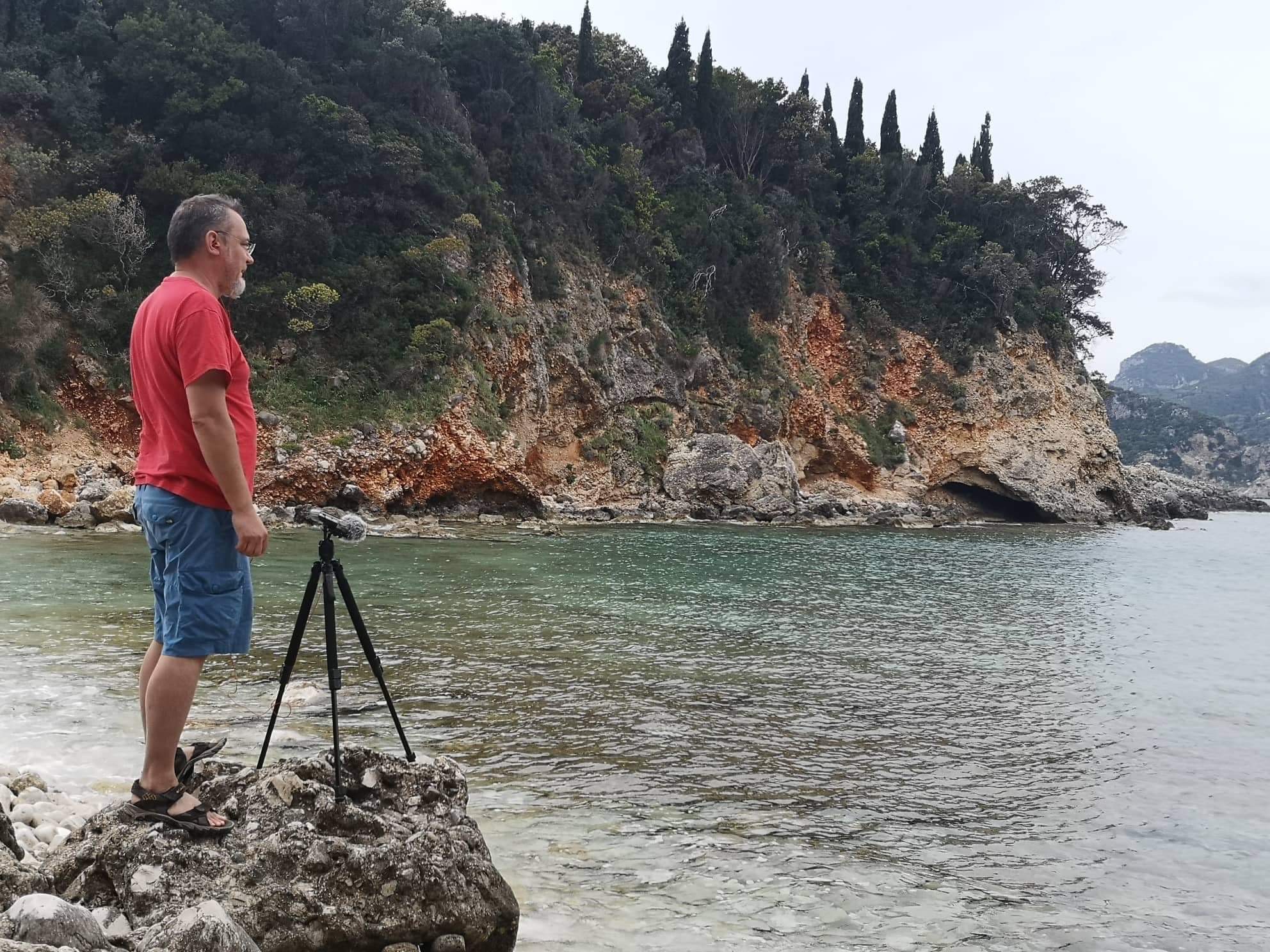 Now let’s turn our attention to the battle sounds, particularly the melee weapon impacts. We decided to create new and unique sounds for all melee weapons. Approximately 6,000 to 7,000 new impact sounds had to be created, but what we needed in order to properly represent the Bronze Age was, of course, bronze weapons.

We bought several bronze swords – which were made using the same techniques that were used during the Bronze Age – to determine how they performed acoustically. Unlike musical instruments made of bronze such as cymbals, the swords sounded toned down and dull – although somewhat melodic and warmer than steel. So, we decided to experiment with more modern materials, such as brass and steel. This worked quite well with our truth behind the myth approach as we had the freedom to hyperbolise the impacts a bit. We knew that if we only used authentically produced materials, the sound would lack colour. Also, to be honest, the bronze swords we had couldn’t take many hits but performed quite well when scraped – they produced warm tones and crystal hues. 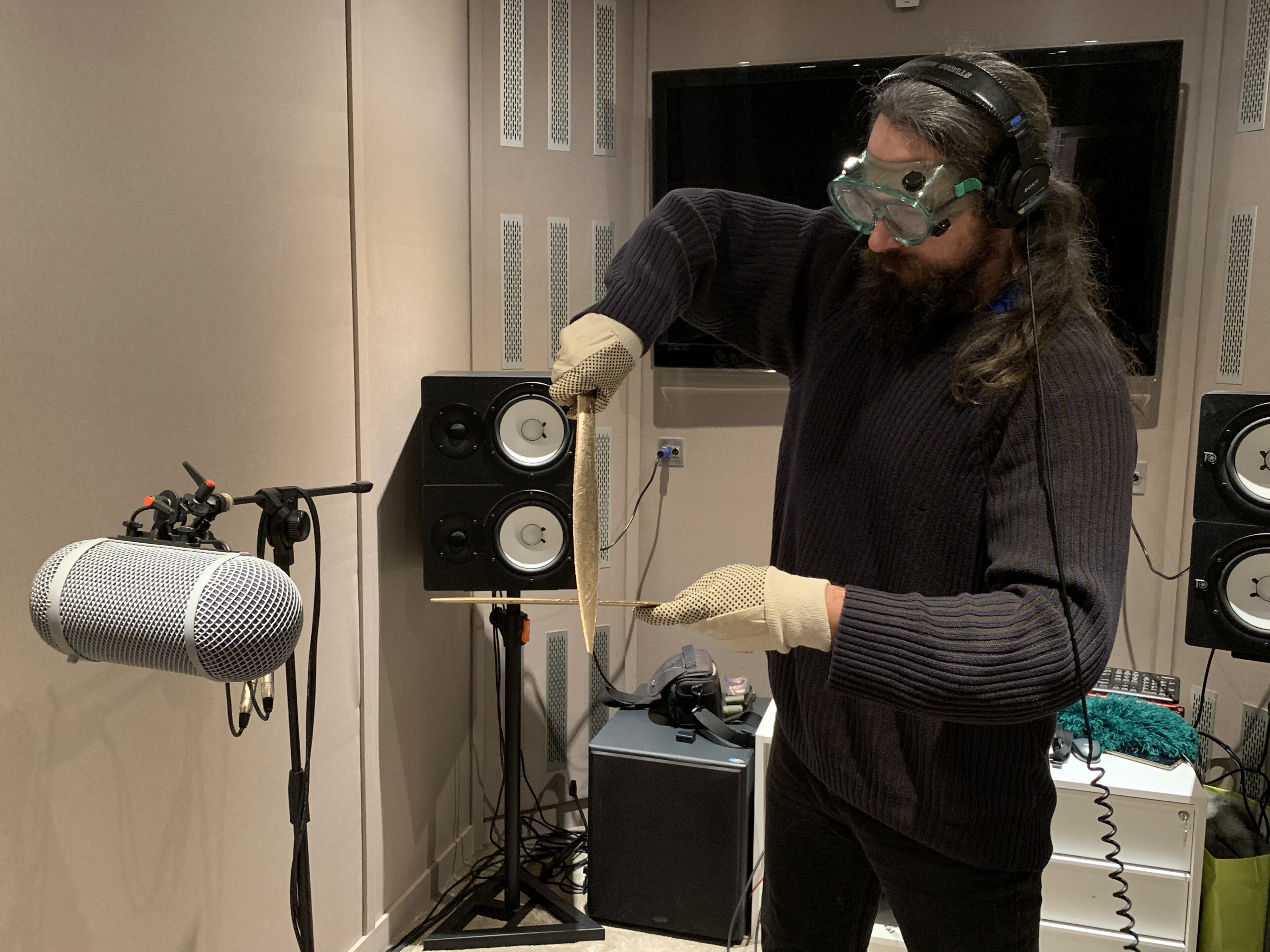 Metal isn’t the only material used for weapons, shields, and armour, though, so we had to pick props for the impacts of wood and leather as well. To find what we needed, we visited various tool stores.

The staff often looked at us suspiciously because we were picking up tools from the shelves and banging them together. For example, we were striking a hoe handle against an axe, tongs against a machete, a sickle against a hammer, etc. It was great fun! We got a lot of instruments from those stores: tools, a few old leather jackets, all kinds of metal, and some wooden scrap.

We listed everything, assigning each of the objects their own ID number, and we started recording them in all the combinations we wanted. What worked great for us was having one person perform the strikes and the other listening from the control room and giving instructions on how to get the most out of the impacts. 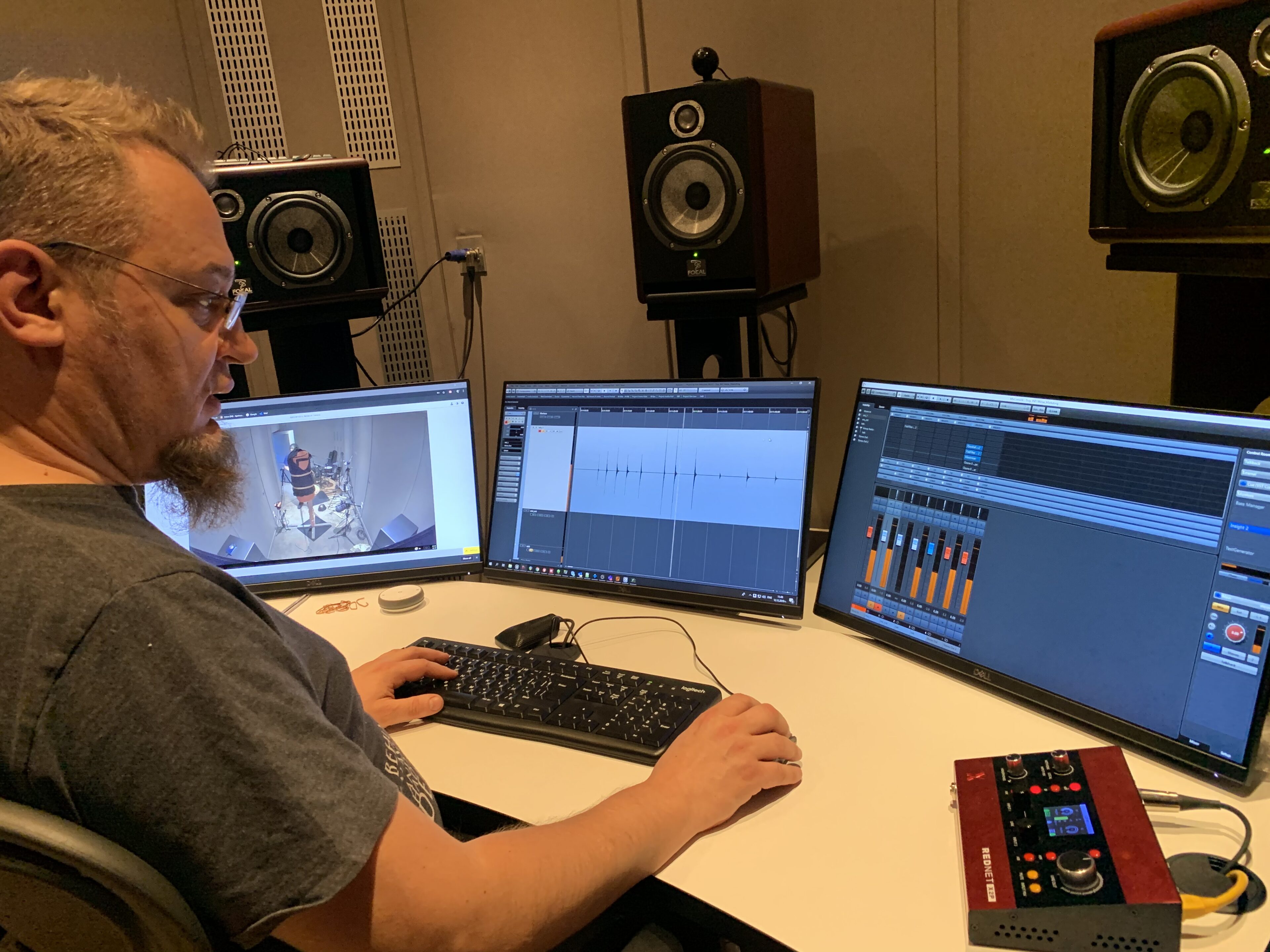 Our brand-new recording room did a great job of isolating the direct sound of the impacts and at the same time kept our staff safe from the deafening recording sessions. This required a lot of heavy impacts, so many of the props were destroyed. The most interesting sessions were when we were recording weapons versus shields, armour, and leather. The weapons themselves are small and light so wouldn’t have a powerful, solid sound unless they encountered an obstacle such as a shield or a body in armour.

After the recording sessions, we started the post-production and processed what we’d recorded. We had to rerecord some of the strikes, but overall we made some great impact sounds.

It should be noted that it’s not possible to simply record the sounds and just gently process and enrich the recording. We had to combine the various attacks, mix the resonances of different materials, and avoid unpleasant sounds – despite their realism. Of course, representing the fights of Trojan and Achaean heroes would require further enhancement of the sound so that they felt more mythological and epic.

In the end, the truth is somewhere behind the myth. 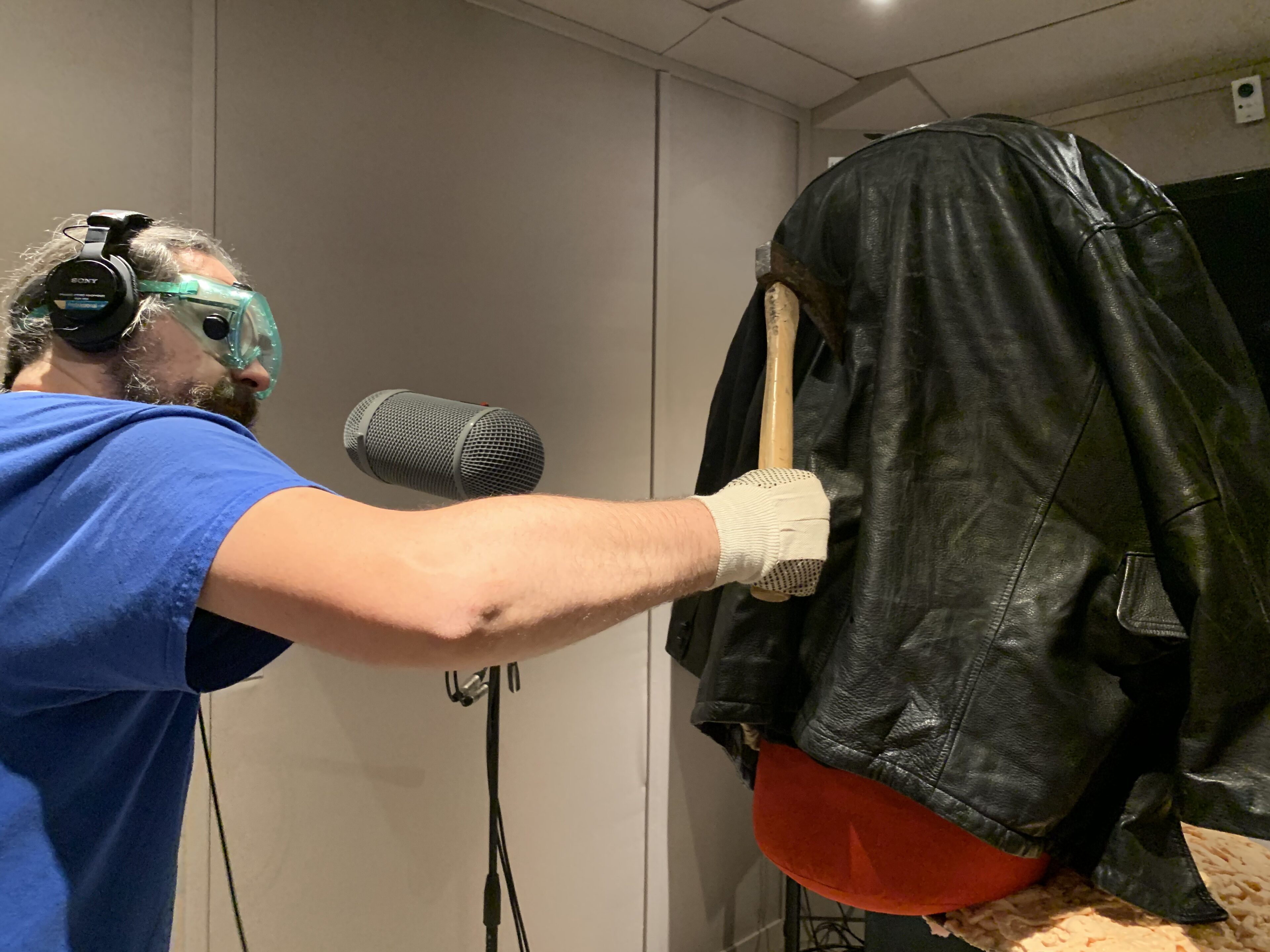 Enjoy the sounds of TROY!

Thank you for such an in-depth look at how the team created the sounds of A Total War Saga: TROY, Kiril!

Stay tuned for more behind-the-scenes content over at the Total War blog!

Home › Blog › The Audio of the Aegean: Swords, Shields, and Seas in A Total War Saga: TROY