The Silence & The Fury is the next, final, and be(a)st Legendary Lords Pack for Total War: WARHAMMER II. The clamorous horde of Taurox’s Beastmen will meet with the deadliest Lizardmen Oxyotl can command. Only one can claim victory as Taurox rampages his way across the land to fulfil a new pact with the Chaos Gods and Oxyotl desperately tries to save all living things by stopping him. How about a little trailer?

Each brings a host of new units, unique powers, and a brand-new campaign to the world of WARHAMMER II. Naturally, they sit alongside a hefty free update which includes a quite (m)awesome surprise.

The Silence & The Fury includes:

There is also the massive free update coming at the same time which includes a huge number of changes. Read about it in our Hammers & Herdstones update post.

For more info, screenshots, and to pre-order now, head on over to Steam.

WHEN IS THE SILENCE AND THE FURY’S RELEASE DATE?

The Silence and The Fury is out now!

WHAT IS THE SILENCE AND THE FURY?

The Silence and The Fury is the latest and final Lord Pack for Total War: WARHAMMER II, introducing two new legendary lords, new units, and a host of other changes and additions.

WHAT IS A LORD PACK?

Lord Packs are our standard DLC for Total War: WARHAMMER II and add two new lords for two factions, giving them unique campaign starts and goals, as well as unique lord abilities. It gives you two new campaigns to play in both Vortex and Mortal Empires. Plus, you will face off against these lords in your future campaigns even if you don’t buy the DLC.

WHO ARE THE NEW LEGENDARY LORDS IN THE SILENCE AND THE FURY?

For the Beastmen comes Taurox – ‘the Fury’ – a nigh-invulnerable Doombull with but one weakspot at his neck, the only part of his body not covered in brass. Taunted and beguiled by the Chaos Gods, he believes he can finish his ascendence and become unstoppable if he simply completes a ritual to Chaos and lets it flood into the world. True or not, he gathers the herd to find the Heart of the Dark, completing other, minor rituals to locate it and begin his work.

Oxyotl – ‘The Silence’ – is a Skink and Lizardmen lord, stealthy and with the ability to sense Chaos. Taurox’s rituals and plan has garnered Oxyotl’s attention, and he knows he must stop the Beastmen if the world is to remain, relatively, peaceful. With his focus on stealth, Oxyotl must revive Silent Sanctums in the secret places of the world and gain the power needed to stop Taurox.

WHAT NEW UNITS ARE COMING IN THE SILENCE AND THE FURY?

The Silence and The Fury will include new units for the Beastmen and Lizardmen factions. On the Beastmen side we have:

And for the Lizardmen:

There is also a selection of new Regiments of Renown coming to both factions.

Taurox, as well as benefitting from the Beastmen redesign detailed below, rampages through the land with the ability to rapidly move from battle to battle. Defeating enemies, razing cities, and other acts of wanton destruction give him Momentum, which allows him to rampage even further. A single turn for Taurox can encompass many battles, razing of settlements, and blood flowing. His other powers all enhance this, creating more and more power in a region as he serves the slaughter. He begins in the Obsidian Peaks region at the Western edges of the New World.

Oxyotl is a stealthier but no less dangerous foe. He exploits and develops the Silent Sanctums that exist around the world, and his intimate knowledge of the machinations of Chaos allow him to locate and battle threats to the natural order of things regularly. This makes him extremely mobile on the map, and he is never caught trespassing in enemy territory. As a natural enemy of Chaos and the greatest of living Skinks, he gains bonus experience fighting the former and is an expert at leading the latter. Kin with any climate, Oxyotl begins his campaign in the cold north of the Deadwood.

WHAT IS IN THE FREE PATCH ALONGSIDE THE SILENCE AND THE FURY, 1.12.0?

There will be two major parts of the free patch that lands with the DLC – updates for the Beastmen and the Dwarfs. You can also read the full Hammers & Herdstones update details now.

The Beastmen update will keep their destructive, horde nature but allow them to temporarily settle down in a region around a herdstone. This forms the central theme of Taurox’s campaign to appease Chaos, but all Beastmen factions will be able to interact with them. Once the land around a herdstone has been razed and harvested for all the slaughter it can offer, the Beastmen will move on, leaving true destruction in their wake.

On the shorter side of things, the Dwarfs will be playable in the Vortex campaign thanks to the introduction of Thorek Ironbrow as a playable Legendary Lord in a Free-LC. Alongside this will come a general update that improves rune magic, new craftable runes, and unique legendary grudges for each Legendary Lord.

Thorek brings the Dwarfs to the Eye of the Vortex campaign map for the first time. Arguably the greatest Dwarf Runelord alive, Thorek’s goal is to recover lost runic artifacts with the intent to restore his people to the great days of old. His unique Rune of Doom will help him do so, and he can ride into battle on the Anvil of Doom when the need for extra power (and height) is dire.

IS THERE ANY ADDITIONAL FREE-LC COMING WITH THE SILENCE AND THE FURY?

Yes indeed. An extra couple of Free-LC drops, detailed below, will be available via Total War Access – you’re signed up right?

The Great Bray Shaman is an additional lord for the Beastmen. As a powerful caster and a respected member of any tribe, they bring flexibility and power to the battlefield for their clans. They wield a staff and sword, and can ride a Tuskgor Chariot or Razorgor Chariot.

Finally, and perhaps deserving the most excitement, comes the Ogre Mercenaries. Five units will be available to any faction in WARHAMMER II, with unique recruitment conditions for each. Cause enough destruction and death, and you might prove yourself worthy to bring these incredible powerhouses into battle – but watch out, they’re just as available to your enemies. Maw to come from these lads, no doubt. Check out their mini roster-reveal and more info here.

Remember, both of those are available through Total War Access, completely for free.

HOW DOES THIS WORK IF I DON’T OWN THE CALL OF THE BEASTMEN DLC FOR WARHAMMER I?

In that case you will get access to Taurox and the Beastmen faction in Vortex and Mortal Empires with the purchase of The Silence & The Fury (including all the new units), but won’t be able to play the other Legendary Lord starts (Khazrak, Malagor, and Morghur) in Mortal Empires unless you own Call of the Beastmen. You also won’t be able to confederate or hire those Legendary Lords as Taurox. As usual, you’ll also need to own WH1 itself to get access to Mortal Empires.

If you own Call of the Beastmen and decide not to grab The Silence & The Fury, well, first of all sadface, second you’ll still get the reworked Beastmen faction mechanics in Mortal Empires, but not the new units detailed above, Taurox, or his unique campaign in Vortex.

If there’s any confusion about what you get and how with regards to this and our FLC offerings, here’s a handy little guide: 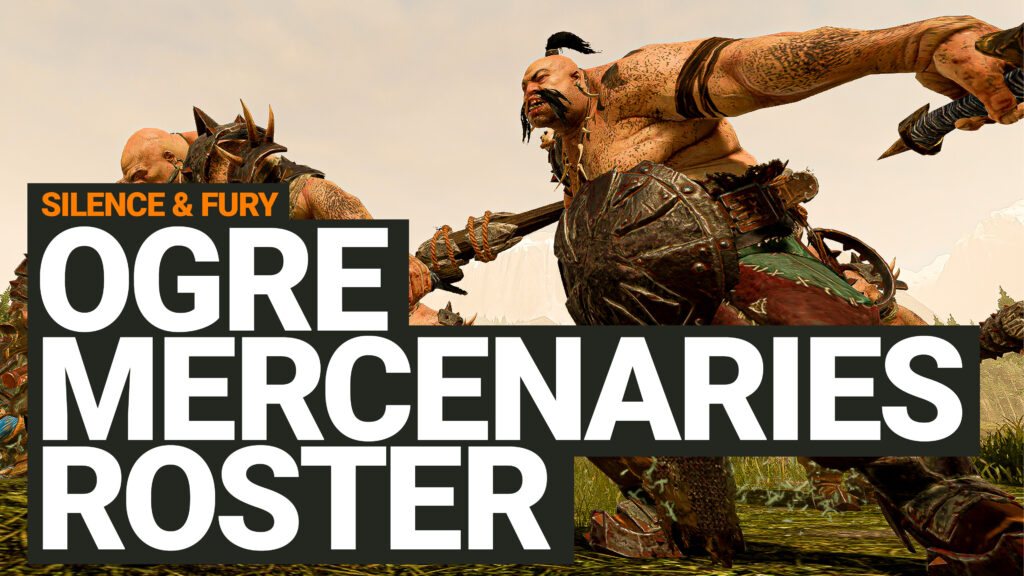 Hungry? We’ve got a delicious helping of news for you today. The Si...