In our latest update, we added a brand-new General to ELYSIUM in the form of Ragnar Lothbrok – but who is he, and what does he do? That’s what this blog post is for, so read on to learn more about his military exploits and how he plays in ELYSIUM!

Ragnar Lothbrok was a legendary Viking king, one of the first Vikings to lead major expeditions to England and Scotland, and was perhaps even responsible for laying siege to Paris. He is the subject of many Viking sagas. His sons – including Ivar the Boneless and Ubba Ragnarsson – have an important place in history by leading the Great Heathen Army to England, partly to avenge their father’s death. Lagertha is thought to have been his one-time queen, and the mother of some of his children.

Ragnar and his lineage’s penchant for revenge is partly what has inspired his ELYSIUM card. 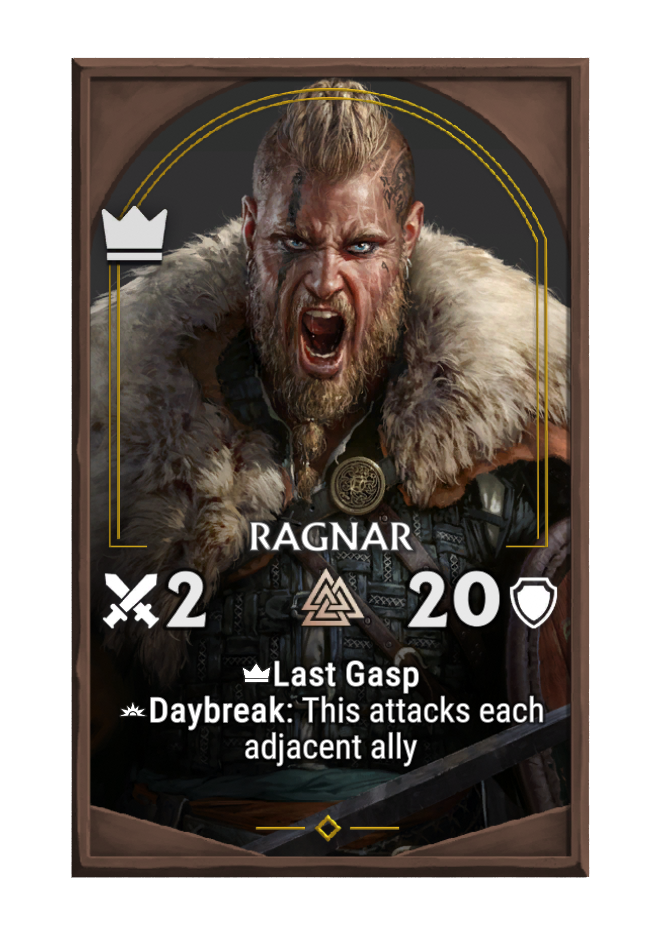 Ragnar has arguably the best overall stats of any General in ELYSIUM, with a powerful 2 Attack and a respectable 20 Health. This makes him great at wading straight into combat, and inflicting heavy damage quickly. No other General in ELYSIUM can stand toe to toe with Ragnar (except perhaps Lagertha herself, though her special ability must be activated first).

However, that power comes at a price: Ragnar’s battle rage is difficult to sate, and each Daybreak he will attack his adjacent allies. The test of a good Ragnar player will be how to mitigate that downside (by moving Ragnar, most commonly), or even finding ways to make it useful.

Ragnar’s Signature Card is Avenge. If used on an ally, that ally gains a Shattered ability: deploying a Skeid ship on its death. As the fight goes on, Ragnar summons more and more ships from his fleet to join the fray. This has some synergy with his Daybreak ability, allowing you to gain ships from allies Ragnar himself kills and thus reducing the downside somewhat.

How can he be used?

An obvious home for Ragnar is a ship-focused deck. Avenge is a good, reliable source of ship cards, currently the most consistent one in the game. Though it requires allies to die to deploy each Skeid, generally this works out well for Ragnar, who wants to be constantly attacking and trading Units anyway. 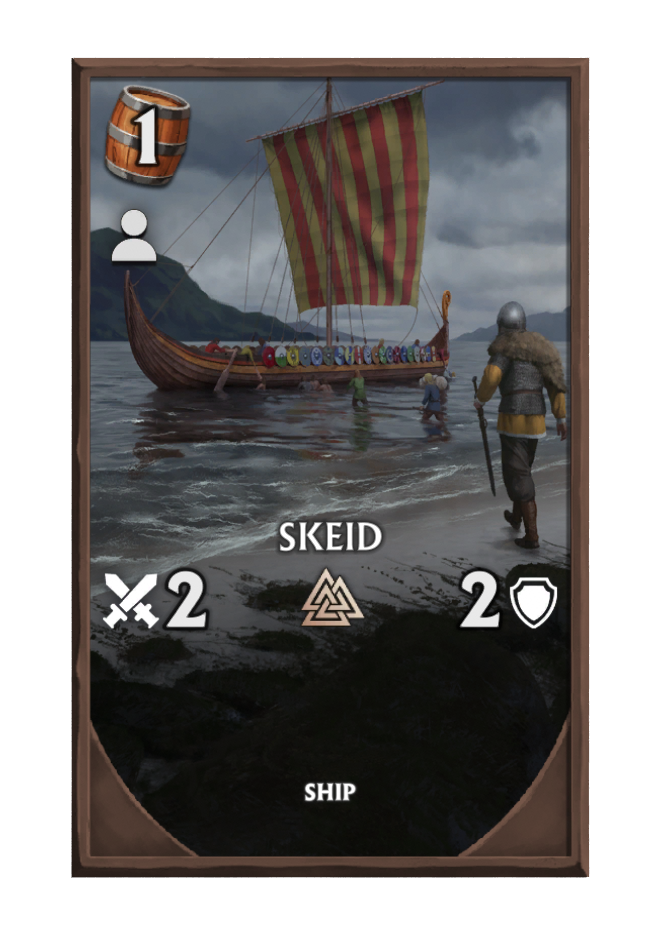 Equally, Ragnar is a good home for a Shattered deck, because his Signature Card is a repeatable source of Shattered activations at a cheap cost – a good companion for Forlorn Hope or Torch Bearers, and makes a great deck with the brand-new card Doomed Rearguard. 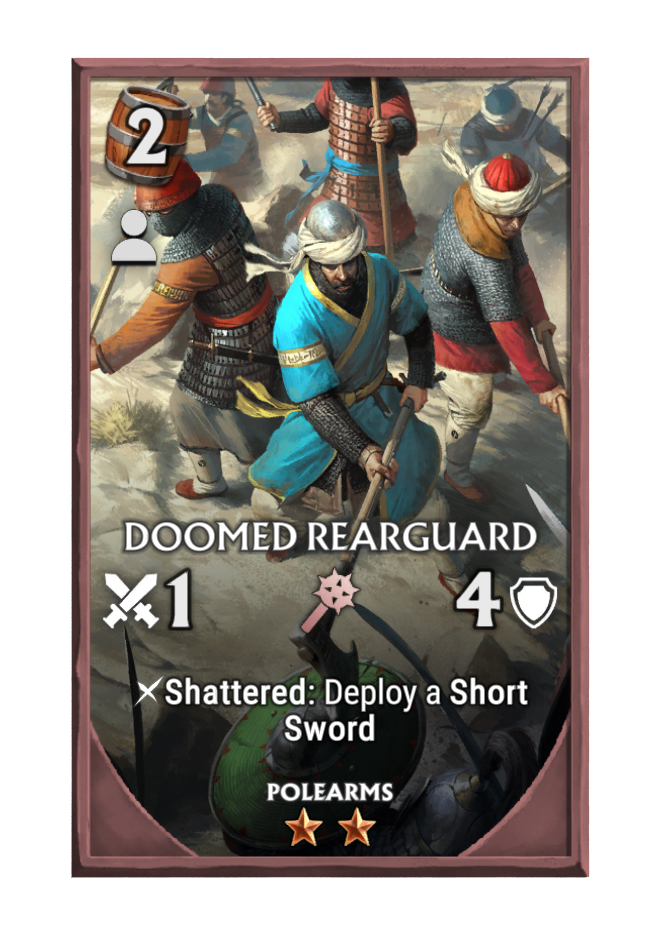 Finally, and trickiest, is Ragnar’s Daybreak ability: how can attacking allies be made to pay off for the Ragnar player? One answer is cards that benefit from allies (themselves or others) being damaged, like Friary, Irish Kerns, or Religious Fanatics. At Daybreak, Ragnar can provide a source of damage that doesn’t cost a whole card, and activate the triggers on cards like these – and if you have an ally either side of Ragnar, that’s two triggers! With False Dawn, you can also get multiple triggers per day (though be wary of your enemy using False Dawn against you and activating Ragnar at very inopportune moments).

Sea you next time!

Ragnar is available right now, so fire up the game and get playing! If you haven’t already signed up, you can do that here. And, while you’re here, why not check out our blog all about the ancient ritual of elves Álfablót?

In our next update, we have a brand-new General joining the ranks o...