As you may be aware, in our most recent update we added a brand-new general to Total War: ELYSIUM in the form of the great King Priam of Troy – but who is he? How does he play? And, more importantly, why should you care? Well read on, because we’re be taking a deep dive into why he’s one of our most interesting generals so far!

King Priam is the ruler of the Trojans. Priam’s rule has been long, and he’s now elderly and weak. Fortunately, Priam’s many children – formidable warriors and oracles among them – rally around him in the face of Agamemnon’s vast Achaean fleet. The Greeks are the greatest threat the seemingly impregnable city of Troy has faced so far, and he’ll need every advantage to overcome them. 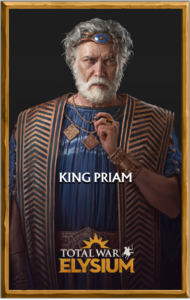 Priam is primarily a defensive General, as he’s weak in combat and does poorly in direct engagement. He’s the antithesis of fast, aggressive Generals like Lagertha or Sun Ren, preferring to take his time and extend the game out.

Where Agamemnon is tough and capable of wading into combat or hurling javelins, Priam prefers to stay on the back line, relying on his children and high walls to protect him.

How is he unique?

Priam has the lowest stats of any General in Elysium: he has 0 Attack and just 15 Health. However, Priam is far from incapable. To make up for his low stats, Priam has a highly useful Signature Card – Desperate Defence – and a passive ability that adds one of his extremely powerful children to hand at every Daybreak. 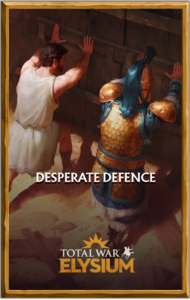 Desperate Defence gives any ally, including Priam himself, a temporary stats boost. It also Stuns that ally, meaning it can’t be used on offence. The stats boost lasts through your opponent’s turn, making it very difficult for them to attack you effectively. It also helps Priam make up for his low health, albeit temporarily. Desperate Defence is cheap and works on Structures too, so it’s highly flexible.

Every Daybreak, Priam adds one of three of his Legendary children to hand: Deiphobus, Cassandra, or Troilus. Each costs just (1) Supply and each is extremely strong, helping Priam to even the odds. Deiphobus is a phenomenal warrior, Cassandra draws you cards every turn, and Troilus can sacrifice himself to Stun all your enemies. Each has a significant impact on the battle. 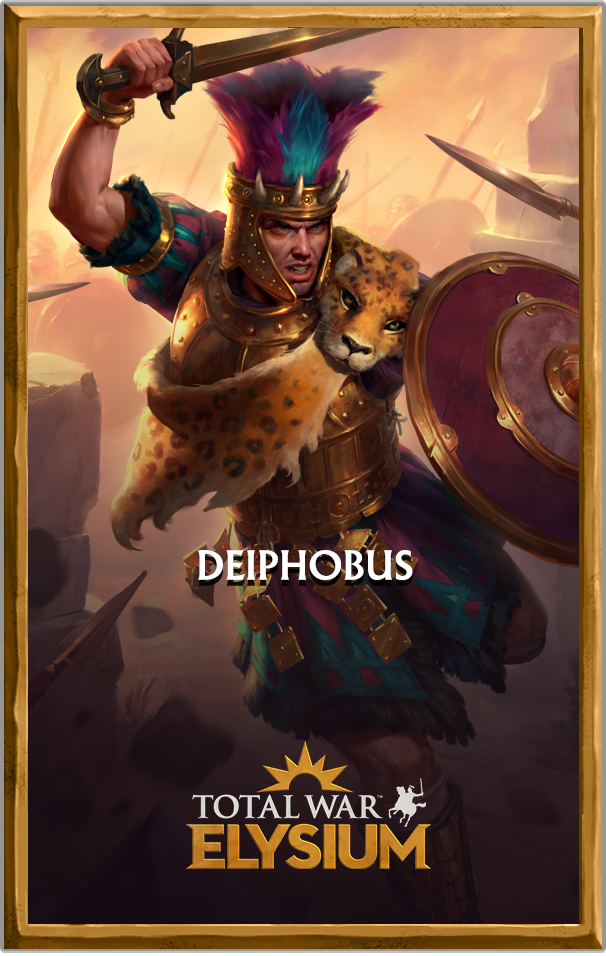 How should he be used?

The most obvious way to use Priam is in a Structures deck. A wall of strong Structures will keep Priam safe from harm, preserving his fragile Health pool. Structures also have good synergy with his Signature Card, Desperate Defence, because Structures often cannot attack, so the downside of being stunned is rarely a problem. The stats boost makes it even more difficult for opponents to clear out your Structures. This deck relies on making it difficult for your opponent to attack you, and building up to powerful finishing cards like Citadel of Troy or Demolition. 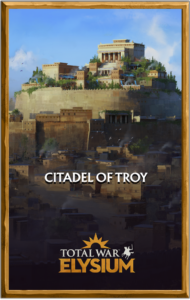 Outside of structures, Priam is a good General for late-game-oriented control decks. His Daybreak ability – adding his children to hand – gives him an enormous advantage in a longer game, as their power adds up over the course of the game. On the flip side, Priam is weak during day one because the first of his children won’t arrive until the start of day two – so like many control decks, Priam’s priority is often to survive the early game intact.

Finally, Desperate Defence is more open-ended than it first appears. Because it’s a cheap, repeatable source of Attack bonus, it combos well with allies that benefit from high attack – even if they’re Stunned. Some great examples are Armed Recruiter, Cyclops, Ferocity, Sworn Companion, Fire Ship, and Citadel of Troy – plus some exciting upcoming cards. 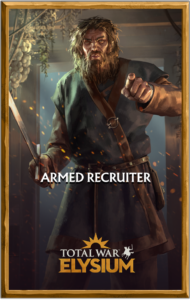 A new face on the horizon

Keep your eye out for our next General – coming sooner than you think! And if you missed our last blog on the new Troy faction, you can check it out here.