Home › Blog › “It’s challenging and a lot of fun to be asked to take on something very different”: an interview with THREE KINGDOMS voice actor Nick Goh

“It’s challenging and a lot of fun to be asked to take on something very different”: an interview with THREE KINGDOMS voice actor Nick Goh

This week we’re speaking to another of our talented lineup of Total War: THREE KINGDOMS voice actors. Today it’s the turn of Nick Goh, whose portrayal of the stubborn and fiercely loyal Zhang Fei is just one role in an incredibly diverse career spanning a decade and a half. 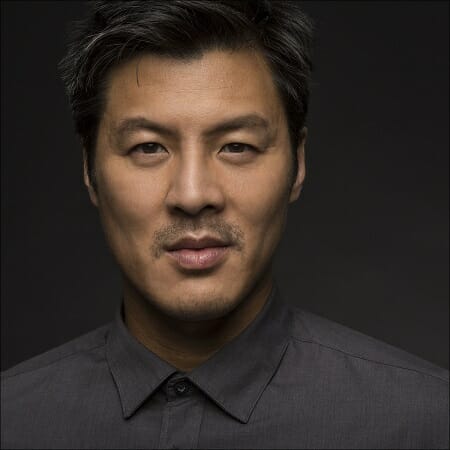 CA: Hi, Nick! First of all, can you tell us a bit about yourself?

Nick Goh: I’ve been acting for about 15 years now, doing pretty much everything from street theatre and touring panto in retirement homes to West End theatre and the odd feature film. Before that, I was a scientific researcher and competitive ballroom dancer.

Nick Goh: Actually this is my first time working on a game, and I’ve only done a few other voiceovers and one audiobook, so I’m still very much a newbie to the voice acting world.

CA: You play Zhang Fei in Total War:  THREE KINGDOMS. How familiar were you with the period and literature already? Did you do any additional research into the character and/or the Romance of the Three Kingdoms for the role?

Nick Goh: I actually knew a fair bit – though my first exposure to it was through the game Dynasty Warriors on the PS2! From there, I did read (selected highlights of! – those books are proper doorstops) Romance of the Three Kingdoms as it’s a period of history and a place we learn absolutely nothing about in school here in the UK, and a lot of the characters and myths are still cherished in China today. I guess it’s a bit like the Arthurian stories here.

CA: Do you see any similarities between the personality of Zhang Fei and yourself?

Nick Goh: To be honest, not really! I’m mostly known as the calm, listening type, so it’s challenging and a lot of fun to be asked to take on something very different. Hopefully the character doesn’t come across too much like me in the game…

Nick Goh: I did a Doctor Who spinoff audiobook which was a lot of fun as it reimagined a somewhat infamous episode in a much more interesting way. Unfortunately, it’s not out yet so can’t say much more than that!

Nick Goh: I had a guest role on the final season of Into the Badlands, which was memorable for the spectacular costume, locations, and more pretending to be a badass martial arts type (something of a trend?). Also getting killed in the new series of Midsomer Murders, which has to be on any self-respecting actor’s bucket list.

Nick Goh: I think it would be between Jatayu the eagle god with 10-foot wings, playing a pipe, on stilts or the hostage in Spy – Series 2, who you only ever see with a bag on his head.

CA: In addition to acting, you’re also a dancer and choreographer – we hear you even helped choreograph the wand combat for Harry Potter and Order of the Phoenix. Can you tell us a bit about this?

Nick Goh: One of my former dance coaches is also a choreographer who had worked with David Yates on some other films and was called in to work on the big duels in that film. He brought me in as an assistant as I knew the books really well and I had aced my stage combat qualification at drama school. So we worked out a sort of physical vocabulary for the wand fights in general and also in detail what kind of moves the actors would need for the climactic duels based on the magic the director was planning to show, the script, and also whatever had been mentioned about physical movement in the Potter canon as it existed at the time. I like to think the Dumbledore/Voldemort faceoff is still one of the more memorable magical duels in the series.

Nick Goh: Not much these days with a toddler (current bonus feature: chicken pox) to look after, but yes – probably a bit too much in the case of World of Warcraft back in the vanilla raiding days. More recently XCOM 1 and 2 on PC and Divinity: Original Sin 2 on the PS4. I like couch co-op games like the last of those, which there sadly don’t seem to be enough of… any recommendations?

Nick Goh: Well, I’m only just starting out myself, but I think most people come to it via “normal” acting, so do everything you’d do for that, then add knowledge and experience of what you can and can’t do in terms of accents, vocal quality, and tone, and also how to look after your vocal health. Professional training definitely helps a lot.

CA: Thank you for your time, Nick! Any parting words?

Nick Goh: Really looking forward to playing the game and I’ll be rooting for everyone playing as Zhang Fei!

Home › Blog › “It’s challenging and a lot of fun to be asked to take on something very different”: an interview with THREE KINGDOMS voice actor Nick Goh