What game is Norsca for?

Norsca is a Race Pack for Total War: WARHAMMER, the first game in our epic fantasy trilogy that’s already been released. If you don’t have it, you can find out more here: http://store.steampowered.com/app/455040

Can you play as Norsca in Total War: WARHAMMER II?

No, it is DLC for the first game only.

What’s in the Norsca Race Pack?

Norsca is a completely reworked faction for the Old World complete with new units including some unique new monsters, 2 new Legendary Lords each with unique skills trees, quest chains and unique starting positions. For more details check out the Steam page: http://store.steampowered.com/app/455040

When does it come out?

Do I need to pre-order to get it?

No, you can purchase it alone if you do not wish to pre-order or buy Total War: WARHAMMER II in the first week: http://store.steampowered.com/app/455040

If I pre-order it, will I gain access to it as the same time as those who have purchased it separately?

Yes. If you’ve pre-ordered a physical edition, you will receive a code emailed to you. If you have pre-ordered on Steam, it will unlock when it is available.

Will it come with Free-LC?

Yes. All owners of Total War: WARHAMMER, regardless of whether they own the DLC, will have that race appear/update in the game and will be given new challenges to deal with in their campaigns. We are also releasing Free-LC alongside Norsca as well, stay tuned for more info shortly. 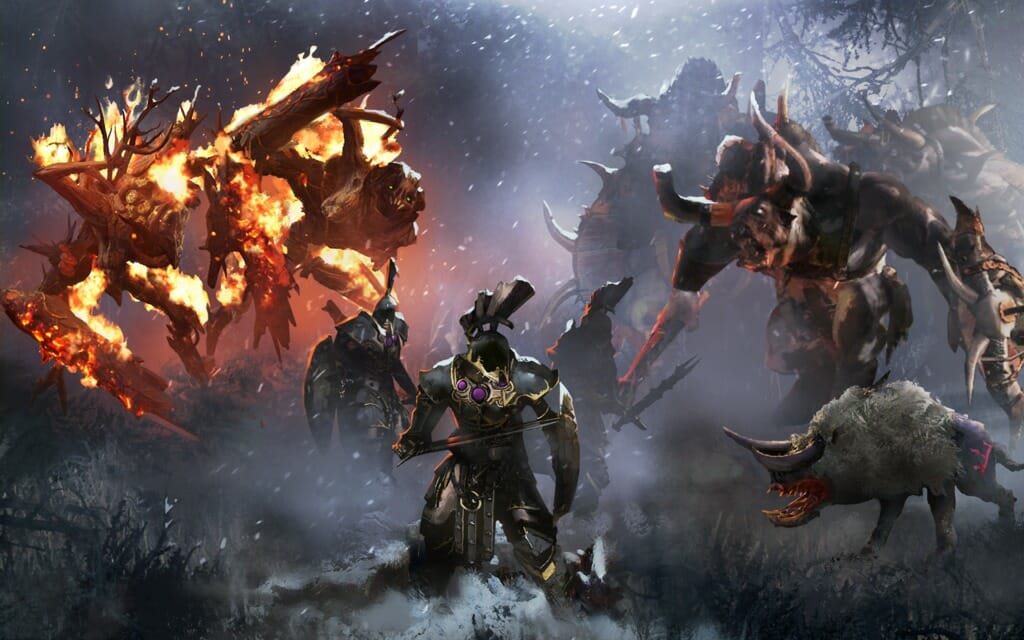