– Fixed an audio crash in a battles.

– Fixed spell casters being able to spam projectile spells while mounted on horses or pegasus, during battles.

– In Mortal Empires Co-Op Campaign, Arkhan and Settra can now engage in diplomacy with each other.

– The number of Preset Army Setups that can be saved in Multiplayer has been increased.

– The Kephra Guard Regiment of Renown unit will no longer be recruitable multiple times.

– Prevented the Chaos invasion appearing and killing the rogue armies with Books of Nagash and aborting the players mission to attain them.

– Increased the limit of Canopic Jars (so players can get more Crafted armies from the Mortuary Cult).

– Fixed a progression blocker caused by entering a new campaign as a Tomb Kings faction, then entering diplomacy by double clicking another non-Tomb Kings faction’s settlement on the Overview Map, then offering them a diplomatic deal.

– The “Heralds Empowered” Tomb Kings technology can now be unlocked by completing only the final Dynasty instead of all Dynasties.

– When single entity units are fighting in battle, they will no longer disengage so often, which replenished their charge bonus incorrectly.

– Fixed a bug where the “Awaken” button in the Mortuary Cult on “A New Dynasty” didn’t activate until the next turn. It can now be activated when the resources are gathered.

– Fixed some flickering on the Campaign Map terrain on certain graphics settings for GTX 980 graphics cards.

– Necrosphinx and Hierotitan masks will no longer flip around during battle.

– Fixed a weird bug where Khalida’s staff would appear on random impacts during battles. I mean how does that even happen? Baffling.

– The Victory message at the end of Campaigns is now displayed correctly.

– Rogue armies carrying a Book of Nagash will now stop following their patrol path and attack anyone who declares war on them.

– Fixed some Vampire regions not having any Vampiric corruption in the Mortal Empires campaign.

– Tomb Kings Monsters can now be scaled up in The Laboratory Mode.

– The Dark Side of Morrslieb achievement has been fixed.

– Tomb of the Shifting Sands

– Plateau of the Dead

– Plains of the Dead

Replaced the battle map environments for: 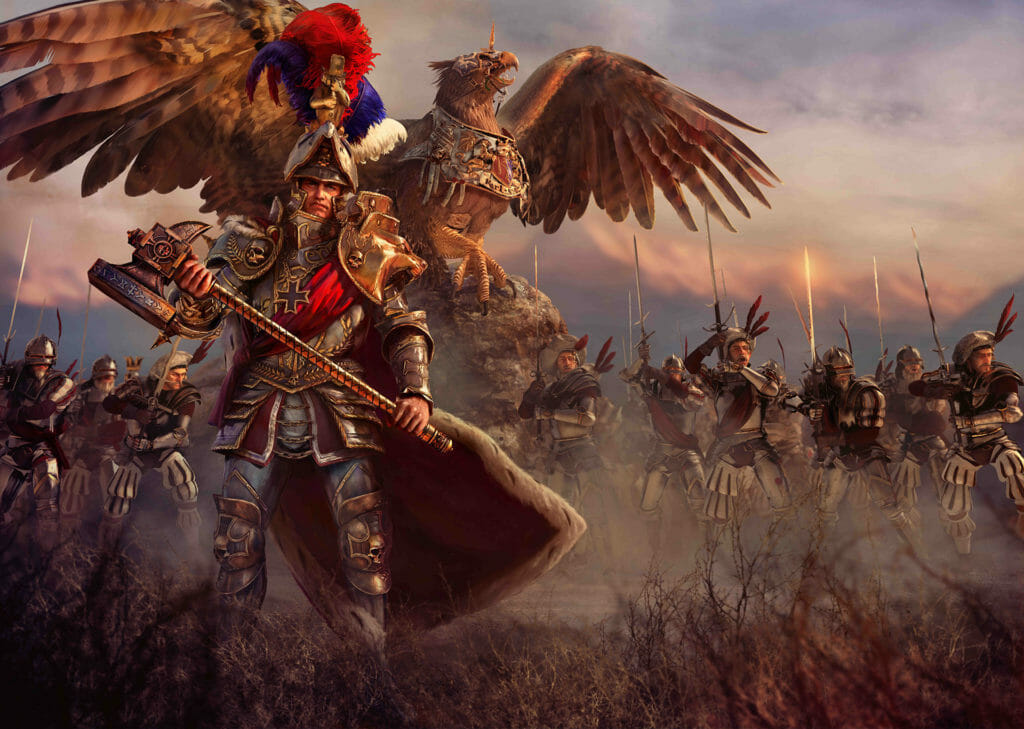 (Or the one where CA WENT TOO FAR!) The Old World has evolved massi...