There are few sights more glorious than an army of High elves. Serried ranks of white-garbed soldiers take to the field alongside proud knights, mighty mages and ancient creatures of legend. The High Elves are an elite force who, warrior-for-warrior, can outmatch almost any other race in the WARHAMMER World. Over the long millennia of their existence, they have mastered every style of fighting – whether you seek phalanxes of spears, unstoppable cavalrymen, dead-eyed archers or peerless charioteers, you will find them here.

Players choosing the High Elves will be able to select from the following Legendary Lords with which to lead their Grand Campaign.

Prince Tyrion is the High Elves’ greatest living warrior. So valiant and skilled is he that the bards of Ulthuan sing that he is nothing less than Aenarion reborn – a tale that is given credence far beyond Ulthuan’s shores. Since Tyrion’s meteoric rise to fame, many have whispered of his destiny to lead the High Elves towards a glorious future and perhaps one day to take the Phoenix Crown. If Tyrion hears such gossip, he pays it no heed, for he is unswervingly loyal to Finubar. Thus does Tyrion concern himself only with the twin duties of protecting Ulthuan and its Everqueen. However, the latter is seen less as a duty than it is a calling of the heart – it is common knowledge that Tyrion is Alarielle’s consort, and has been for many years.

Though Tyrion is a great warrior, he is no politician, and he is much given to speaking his mind or openly seeking truth where others would prefer only silence. But for his lineage and battle record, he would long ago have been ostracised by those nobles who hold themselves to be more intelligent and subtler than he is. As it is, none wish to directly challenge he who banised the Daemon N’kari at the Phoenix shrine and slew Urian Poisonblade upon the Finuval Plain.

Teclis is Tyrion’s twin brother, but two more different siblings would be hard to find. Where the curse of Aenarion has yet to leave an obvious mark upon Tyrion, it has made his brother frail and caustic. Indeed, so feeble is Teclis that his body can only be sustained by the consumption of magical potions. Yet no-one, least of all Tyrion, sees Teclis as the weaker twin – his destiny merely lies along another path. Teclis has been blessed with a talent for magic that makes him preeminent, not only amongst the mages of Ulthuan, but in the whole world. Though it is little acknowledgement in Naggaroth, the Witch King accedes that Teclis is his superior and, since the Battle of Finuval Plain, has taken care not to come into direct conflict with his younger cousin. It is even claimed that Teclis’ power approaches that of the great Necromancer Nagash, so it is fortunate that he has devoted his life to thwarting the powers of Chaos and death.

The twins also differ greatly in their strategic outlook. Where Tyrion sees the protection of Ulthuan as his chief duty, Teclis seeks to safeguard the whole world. Such is the ideology that led him to aid Magnus the Pious during the Great War Against Chaos, and thereafter found the Colleges of Magic in the Empire. Since then, Teclis has walked abroad in many other lands, sharing his wisdom with those who have need of it, and wielding his magics to keep the dark forces of Chaos at bay. Thus will Teclis’ legend endure long after heroes of the sword have been forgotten, for his actions shaped not a battle, nor even a campaign, but the future of the world itself.

Night falls on Lustria. As you stand on the dock and peer seawards ... 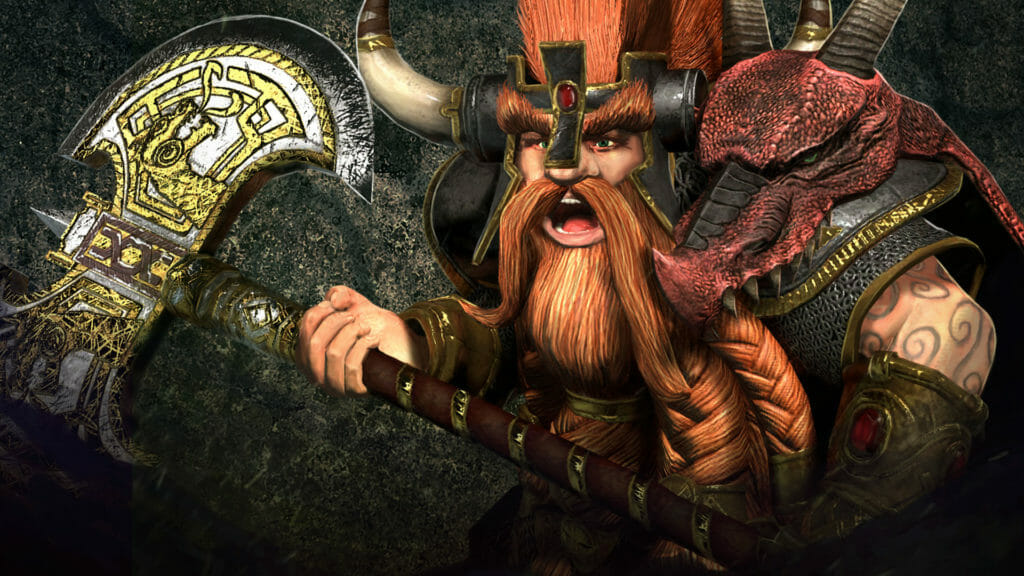 Updates to Ungrim Ironfist and the Dwarfs in Mortal Empires

Alongside the long-anticipated addition of Norsca in Total War: WAR...

TOMB KINGS The Tomb Kings, known as the Priest Kings in their forme...

SKAVEN The Skaven, sometimes known as the Ratmen, the Ratkin or the...