Home › Blog › “The perfect card design is elegant and simple to understand – but deep”: card design in Total War: ELYSIUM

One of the biggest challenges when creating a brand-new card game is making sure the cards and mechanics all work together in a way that’s both entertaining and nicely balanced.

We had a chat with lead senior gameplay designer James Green about how we’re making sure Total War: ELYSIUM is the best it can be…

James Green: The most important rule in Elysium is no card exists in isolation. Every card in the game is designed to fit together with others to form decks and archetypes.

This is so important the design team has metrics to track all the archetypes cards fit into. We’re fairly ruthless with this – lots of awesome card designs fail the “what deck does this go into?” test. That said, no cool idea is lost forever – it just means we save it for when the conditions are right and we can do it justice.

Beyond that, there’s a type of card that gets extra attention paid to it: faction cards.

Elysium will launch with three factions: Three Kingdoms, Vikings, and the Napoleonic-era French Republic. We’ll be adding lots more factions over time, and hopefully someday we’ll get to do everyone’s favourite factions from across all the Total War games. There are plenty of non-faction cards, too, but every General belongs to a faction, so deckbuilding often starts there. 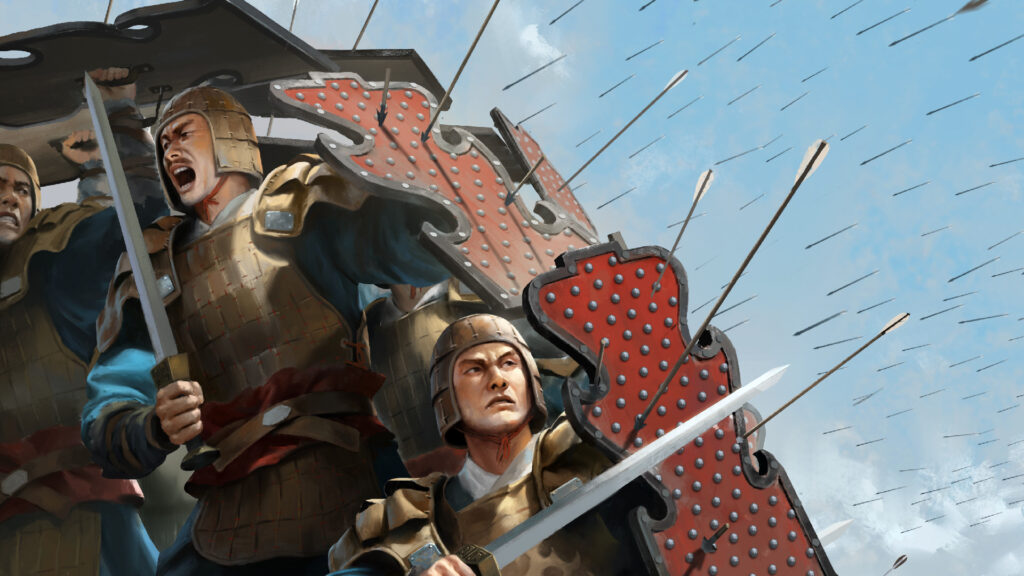 Factions are designed as a whole – they have distinct strengths and weaknesses that reflect their historical character. For example, the Vikings are fast and explosive, but they can run out of steam in sustained battles and have poor cavalry and siege equipment. They also really like to smash stuff, and their unique ability, Raid, reflects that: it reduces the cost of cards based on the number of damaged things on the board (including your own!).

Once we know the character of the faction and its unique mechanic, we generally come up with three pillars or archetypes that a faction can pursue. For the Vikings, those archetypes are:

Other archetypes exist in the game outside a faction, and a player is able to build a deck around those as well. For example, we’ve seeded strong decks around building up lots of units with the Shield ability, or by sacrificing your own units in order to gain value. Players can build decks that cleanly fall into one lane, or they can build decks that cross the streams and have two or more strategies going on. It’s a trade-off between specialization and flexibility, and of course relies on the player’s skill at deckbuilding.

Some cards clearly fit in one of those pillars, but many act as pivot cards which fit into multiple strategies. For some cards it’s very clear where they belong. For others it’s not so obvious, and we can’t wait for players to make those connections themselves.

CA: How long does it take?

James Green: It never stops! Usually, the more you iterate on a card, the better it gets.

To get a new faction up and running with its initial Generals and cards playable usually only takes a couple of weeks. However, that’s only the start. We’ll keep playtesting and iterating for many weeks – in many cases right up until it’s time to release them to players.

The reworking won’t stop once a card is out in the wild, either. Though we want to be careful changing players’ hard-earned cards, we do want players to know every card in their collection has value, so if a card is weak or hasn’t had a chance to shine in the meta, a rework is one of the tools we can use (in addition to more straightforward balance changes). This includes going back and giving older cards a refresh if we think it will add value for players.

CA: What’s your favourite part of the process?

James Green: The perfect card design is elegant and simple to understand – but deep. It’s a tool players can use in all sorts of different ways, including ones we never imagined! It should also really capture the history of what it represents.

Your first idea for a card is never the best. You have to keep chipping away and iterating. If you’re lucky, you get pretty close to that perfect set of values. Sometimes you hit the nail on the head and everything comes together – when that happens and you know you have the perfect design, that’s the best moment in the process.

CA: What’s the most challenging part of the process?

James Green: Generals are the most challenging cards to design. They’re our main characters and the face of the game, and are more difficult to acquire than most other cards (rightly so – we want Generals to be special). From a gameplay point of view, many players look to Generals to signal what kinds of decks to build. 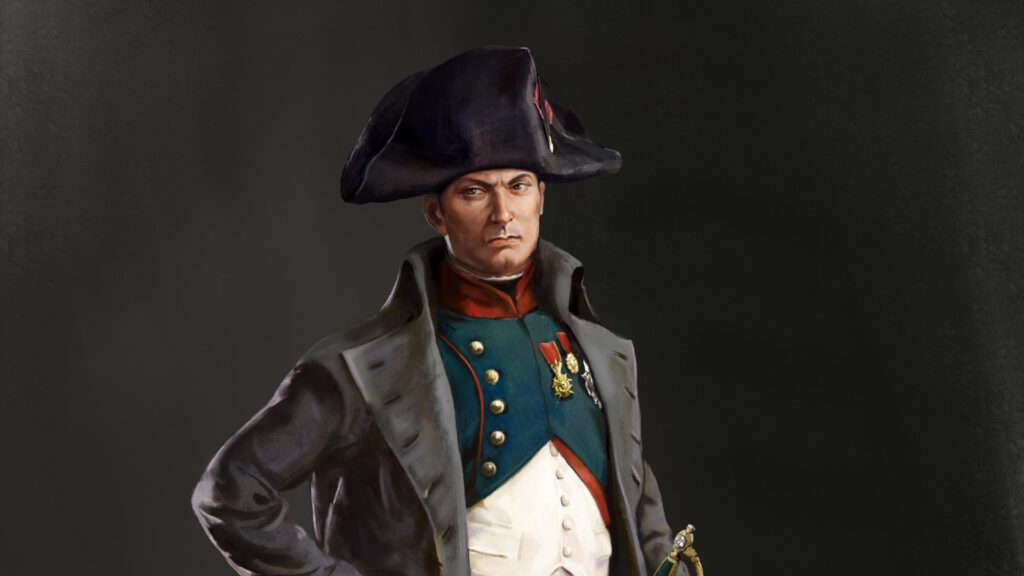 Also, our Generals aren’t just an avatar for the player – they can move around the battlefield and attack, just like you’d expect in a Total War game. This means we have to be very careful about how strong they are as battlefield entities – we had versions of the game where it just came down to two Generals slugging it out – the rest of the army didn’t really matter. We were quick to change that!

Beyond that, Generals need to balance lots of competing requirements:

That’s just a few of the requirements, and sometimes those requirements pull in completely different directions. Obviously, it’s all worth it – our Generals are one of the main things that sets us apart from other games, and one of the first things the player sees. We really want them to be right.

CA: Which is your favourite card?

James Green: I really love War Elephant. We knew we couldn’t have a Total War game without elephants running amok, so the card was in there right from the earliest days of the project. However, it’s probably had more redesigns than any other card!

The current design is close to that perfect set of properties I talked about above. Our War Elephant card is expensive, huge, and tough to kill (as you’d expect), though for its high cost it’s not actually the best one-on-one attacker (it’s not going to win a straight-up fight with some of other elite units). Where the War Elephant really shines is when it’s damaged: at that point it gains the Splash ability, which causes its attack to hit multiple enemies, which is devastating. Yes – hurting the elephant causes it to run amok!

I like the design because of the gameplay possibilities. Your opponent really wants to avoid enraging the War Elephant, so they’ll do everything they can to stop it without actually damaging it (for example they can stun it, forcibly move it to your back line where it can’t attack, or stick walls in its way that defend but don’t harm it). Meanwhile, you as a player want the opposite: you want the War Elephant enraged as quickly as possible so you can start decimating the enemy ranks… but deliberately damaging your own units is risky, so you want to have the War Elephant take the smallest amount of damage possible to activate its Splash attack. And of course, how this plays out in a real battle is down to the decks both players have made.

We’ll be returning with more behind-the-scenes blogs soon, but for now if you haven’t signed up for news about the Total War: ELYSIUM closed beta yet, make sure you do so here.

Home › Blog › “The perfect card design is elegant and simple to understand – but deep”: card design in Total War: ELYSIUM 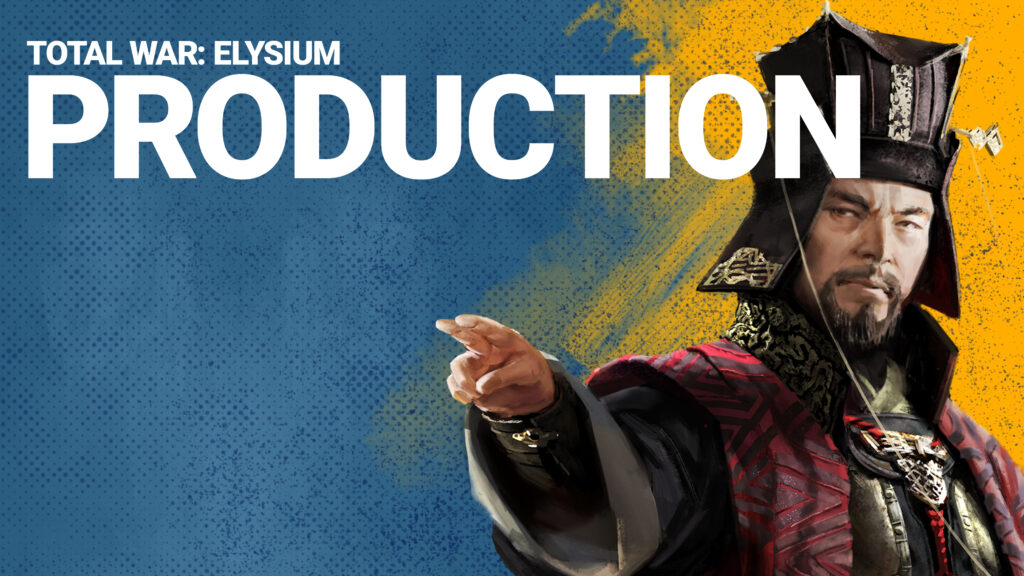 “Each day is different, and I like it that way”: Production in Total War: ELYSIUM

We all know that producers are an essential part of getting a game ... 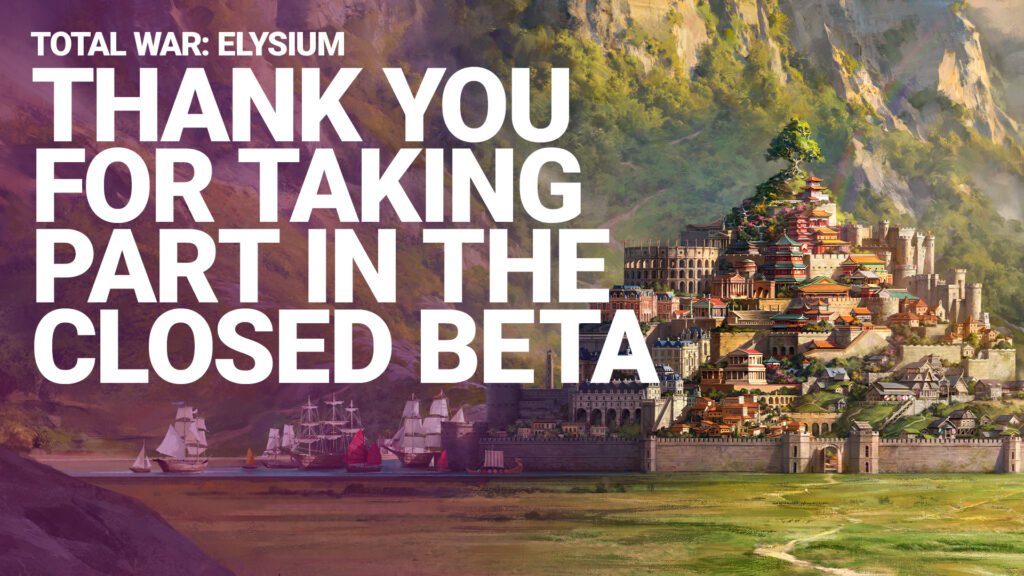