Home › Blog › “There’s nothing like to trying to make your ideas work in the game”: an interview with Drunk Flamingo

“There’s nothing like to trying to make your ideas work in the game”: an interview with Drunk Flamingo

Behind the Scenes
Tom Phillips

For this, the second instalment of our modder interview series, we reached out to the prolific Drunk Flamingo, whose mods often makes your must-have lists for WARHAMMER II and is also working on some great projects for Thrones of Britannia.

CA: Firstly, please introduce yourself and tell us about some of the mods you’ve worked on.

Drunk Flamingo: My name is Chris. I’m a university student from Canada and I mod under the Steam name Drunk Flamingo. I’ve worked on a variety of mods including the Mod Configuration Tool, Empire of Man, Runic Forge, Gates of Chaos, and Old World Rites. Some people probably don’t know that I also do work on historical games – I’m currently working on a Thrones of Britannia overhaul project called Shieldwall, which will be being released early this year. 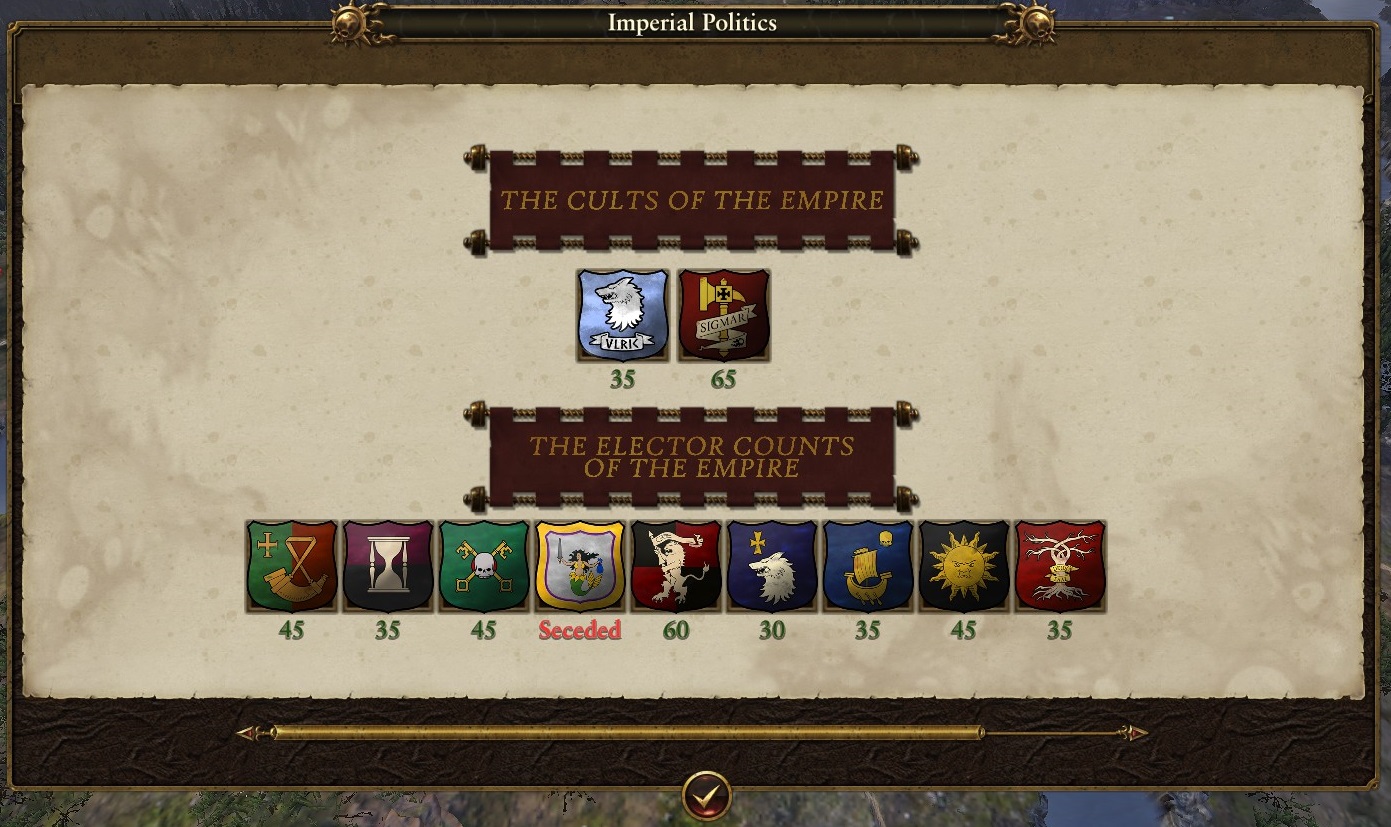 CA: Why the name?

Drunk Flamingo: I used to play Team Fortress 2 amateur competitive. Our team was pretty good, but I wasn’t the best at Medic. The name comes from an expletive-filled rant by a pocket Soldier (the guy who was supposed to protect me) about how one is supposed to protect a “Medic who dodges like a drunk flamingo”.

CA: While modding, who else do you work with?

Drunk Flamingo: The Total War modding community is very active and collaborating with other creators is something I try to do a lot of, but I also do have to shout out some specific people. My first real success on the Workshop was through helping Vandy create Old World Rites. We have worked together on a bunch of projects since then and he’s always been a great partner in crime. Besides that, the Shieldwall overhaul team and the C&C Modding Den are both worthy of mention.

CA: How long have you been playing Total War games, and what’s your most memorable moment?

Drunk Flamingo: I’ve been playing Total War since falling in love with SHOGUN 2. It’s been a long time and a lot of hours since then, but one of the most memorable things for me – and probably a huge part of why I am still modding today – was the feeling of wonder I got when first playing Total War: WARHAMMER. After playing it countless times I still enjoy WARHAMMER, but I don’t think anything will beat that first Karl Franz campaign.

CA: When did you first start to mod Total War?

Drunk Flamingo: I’d never touched a line of code before last year, but I saw a few ideas on /r/totalwar/ to tweak the Book of Grudges and I really wanted to see how they would play in game, so I started tinkering with the files and kept trying to change stuff until I got where I am today.

CA: What was your initial motivation behind getting into modding? Has that motivation changed over time?

Drunk Flamingo: I’ve always loved playing video games and thinking about game design. Being able to actually take what I love and go beyond theory, actually reflecting those ideas in playable and testing form, is without a doubt what inspired me to start creating mods. Sometimes, I’ll freely admit, you look at that reflection and realise your own ideas suck, but that’s part of the inspiration as well. When you are theory crafting you can defend your ideas, but there’s nothing like trying to make your ideas work in the game. The other element to it is the technical challenge. Some will see a limitation to their creative ideas and accept it, but if you’re determined enough you can find a way around that limitation and make your ideas possible. Figuring out the systems to support your ideas can be almost as rewarding as seeing the ideas in action. 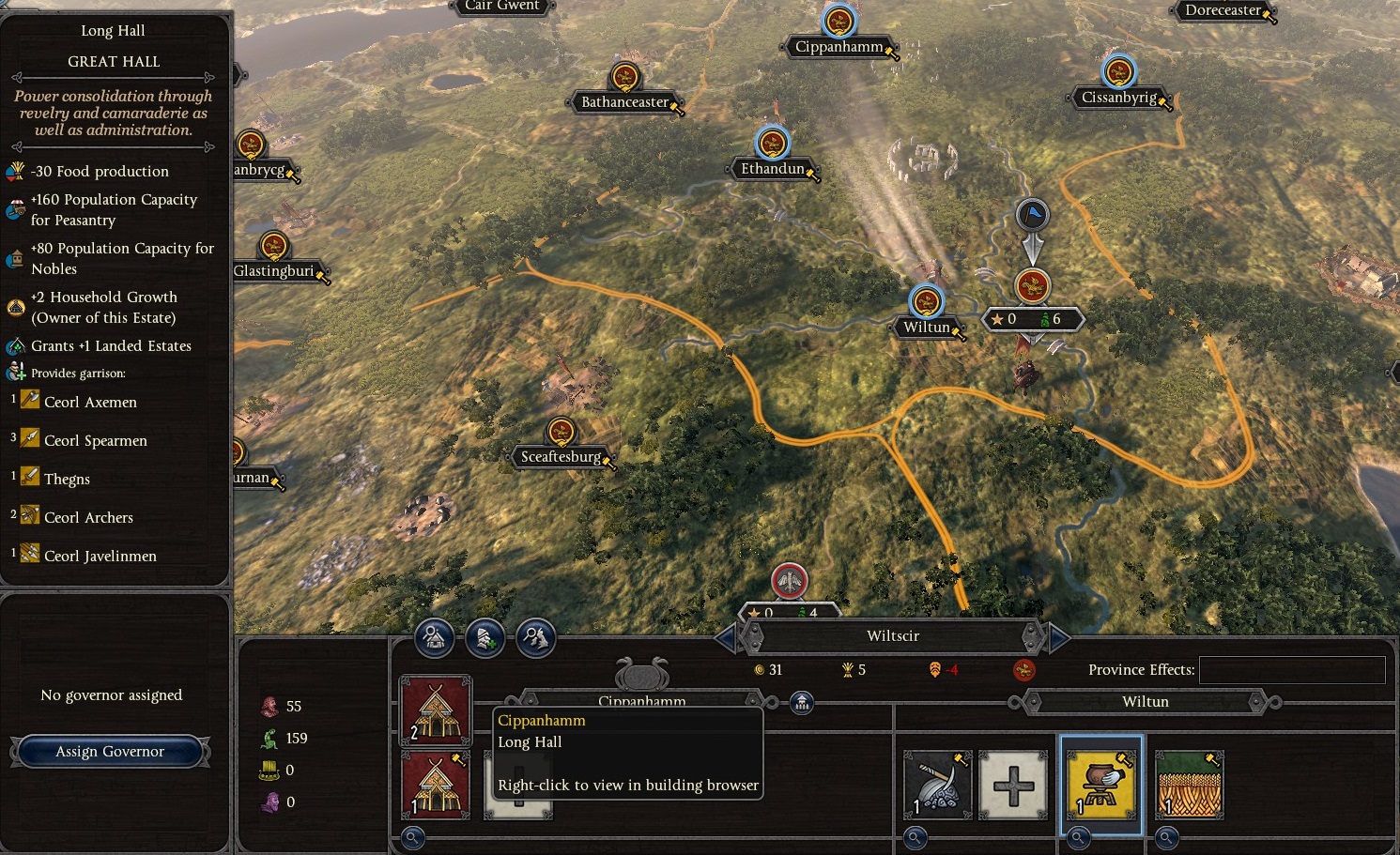 CA: Can you tell us a little about the origins of your key mods and what you set out to achieve with them?

Drunk Flamingo: I have a lot of mods on the Workshop because I like to try a lot of things and see what works, but I generally follow a fairly simple creative process. It always starts with an idea for what the mod will do. I’ve found so far that modding tends to be a lot easier when you know exactly what you’re doing the moment you begin, so I put a lot of my working time into research and discussion of ideas. You learn pretty quickly that even the mods that sound simple often have a complicating factor, so thinking things through really thoroughly saves you some later panic. This is the point at which most of the collaboration happens as well. I think working together with other mod creators can make content at a standard that just isn’t practical when I’m working alone – creating good mods takes a lot of different skills and I don’t have all of them. Out of the mods I’m most proud of, almost all were team efforts (such as Historical Cities and Landmarks for Thrones of Britannia) because I think it lets me use my skillset to bring amazing content from other authors into the game. Once that’s done, I build it. Sometimes that is simple, other times it involves weeks of coding and database table work. A lot of my ideas do get abandoned here but I follow a pretty simple rule: if my confidence in the idea is enough to make it worth the effort, I’ll just keep working.

CA: What are you doing with Thrones and what’s different about modding a Saga title?

Drunk Flamingo: Working with Thrones is very different from my experience with Total War: WARHAMMER II, and that’s definitely a good thing. With Shieldwall, I’m trying to explore mechanics and build systems that I would never ever think about in WARHAMMER. We’ve implemented features like food storage, which allows you to stockpile resources to for harsher winters, and titles, which allow your characters to earn special names and bonuses based on their political situation. These features are specific to the early medieval setting and we’ve built them – and many more – to take the base game and try to ratchet up both the flavour and the complexity in a way that fits the historical period. It’s also refreshing from a technical perspective. WAHAMMER II and Thrones of Britannia run on two different engines, and while WARHAMMER II’s is overall more flexible, Thrones has features and tools that don’t exist in WARHAMMER as well. Solving a different set of problems with a different set of tools is extremely satisfying and one of the main reasons I’ve begun to branch out from WARHAMMER. 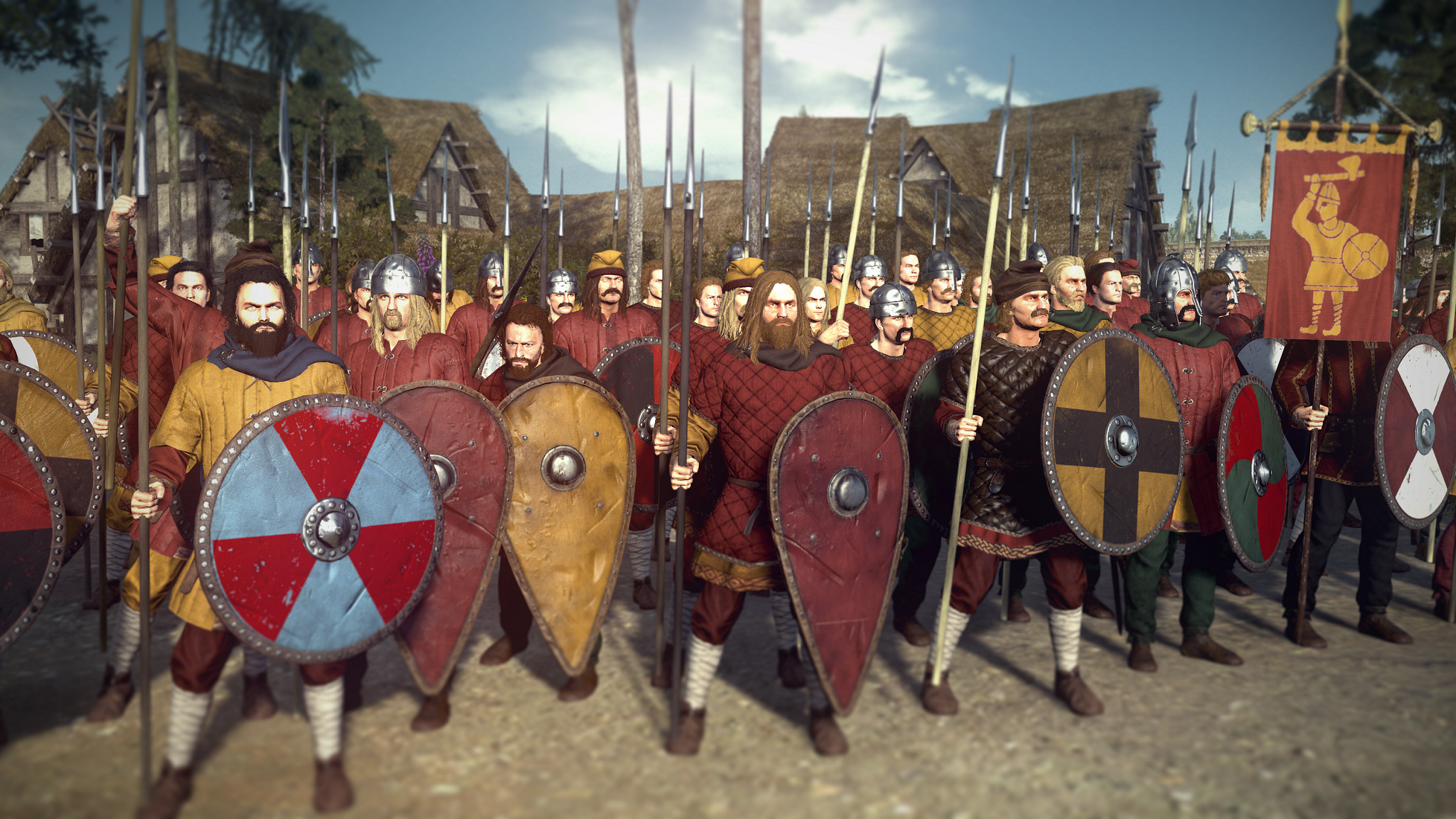 CA: What is the biggest challenge you’ve ever had to overcome for a project?

Drunk Flamingo: Table Top Caps added a feature for capping your units on an army-wide basis, simulating the restrictions from Warhammer Fantasy tabletop rules. Creative Assembly has always done unit capacity limits at the faction level, so much of the infrastructure for this didn’t exist at all. As such, I had to overcome many challenges writing the systems from scratch. I believe I tried to write that mod about four or five times before I finally wrote something that worked, but it taught me a lot about Lua programming and was well worth the effort.

CA: One of the reasons why we love mods is because they help revitalise the experience for long-term players of Total War. What role do you see mods having within the Total War community?

Drunk Flamingo: First of all, I think mods play a huge role in customising the experience of the games. I think a major goal in modding the game is to make it more flexible for a variety of audiences. In addition, mods can make the game more challenging. Total War games are thankfully pretty popular, but many mod users are veterans in the community. Mods are a great opportunity to add extra depth and challenge to the game for those players who have overcome the challenges of the original game. Finally, I think content mods can be amazing, especially when they cover areas or topics that aren’t necessarily open to Creative Assembly. It would never make sense for Creative Assembly to make a DLC focusing entirely on the Sicilians in Age of Charlemagne specifically, but that is something a mod creator can do as a passion project, and for fans of those specific eras I think it can add a lot to the game. 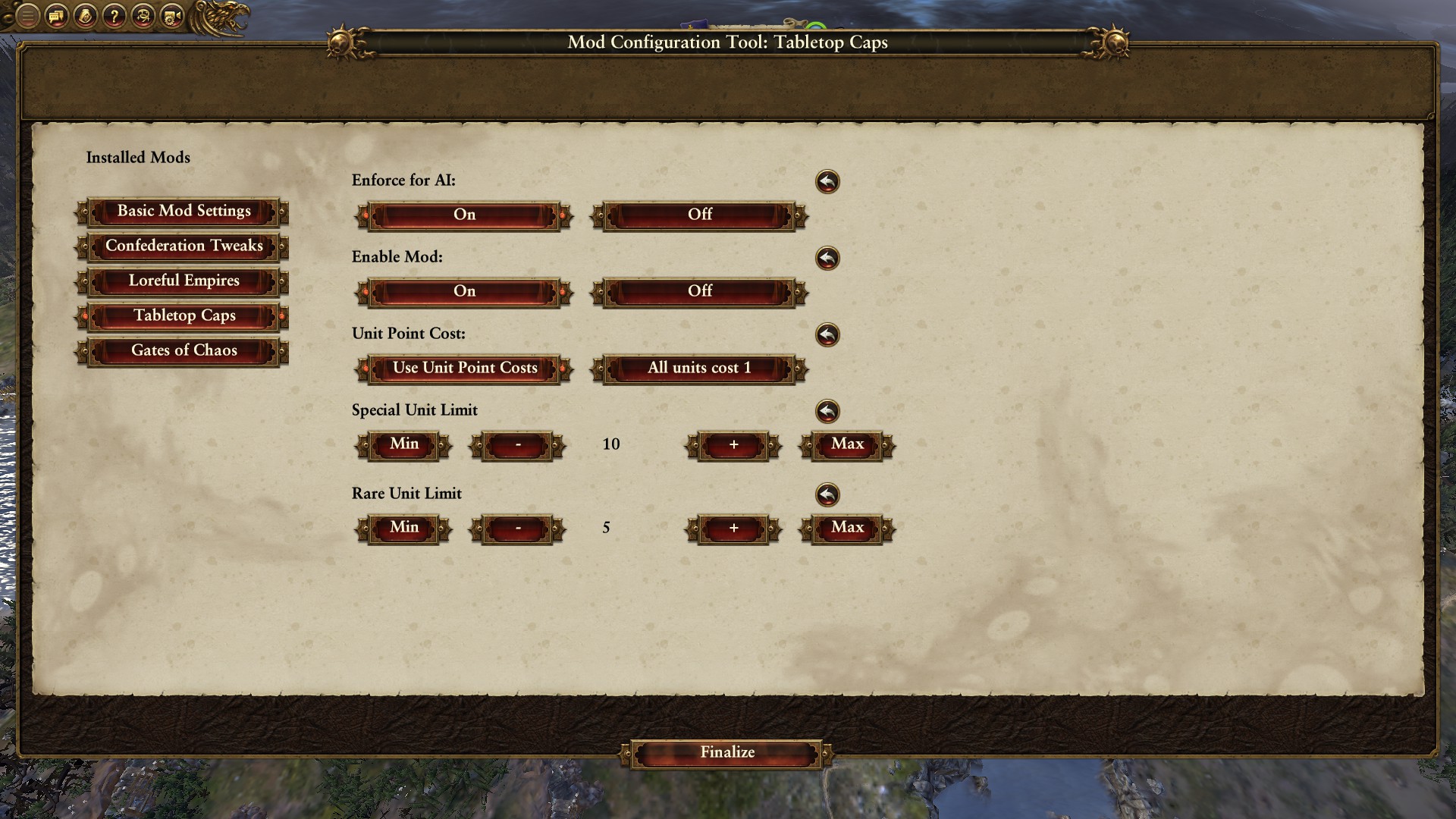 CA: Who should look into checking out your mods?

Drunk Flamingo: I try to produce a wide variety of stuff, so there’s a little bit of something for everyone. I don’t think I know anyone who uses all of my mods (and I certainly don’t when I play), so just have a browse and I guarantee you’ll see something that interests you.

CA: Can you tell us about any other projects you have lined up?

Drunk Flamingo: If you’re a fan of the Saga games, you can look forward to seeing the Shieldwall overhaul later this year. We have a ton of planned features like revamped building trees and a population system for the campaign. Kinjo, who I’ve been working with on the overhaul, has also done a Viking longboatload of variant work and already has a beautiful game looking downright amazing. We’ve got a lot more than just those up our sleeves, and the overhaul is shaping up nicely with contributions from a ton of different community members. You can expect to see Shieldwall overhaul on the Workshop some time in February or March of this year.

CA: And finally, do you have any words of advice for aspiring modders?

Drunk Flamingo: First of all, join a community! Communities are a great place for finding guides, asking questions, keeping up your motivation, promoting your mods, and even for finding people to collaborate with.

Drunk Flamingo has an extensive list of mods, so we recommend you go and check out his Steam Workshop page and see which ones you think would improve your Total War experience.

Home › Blog › “There’s nothing like to trying to make your ideas work in the game”: an interview with Drunk Flamingo 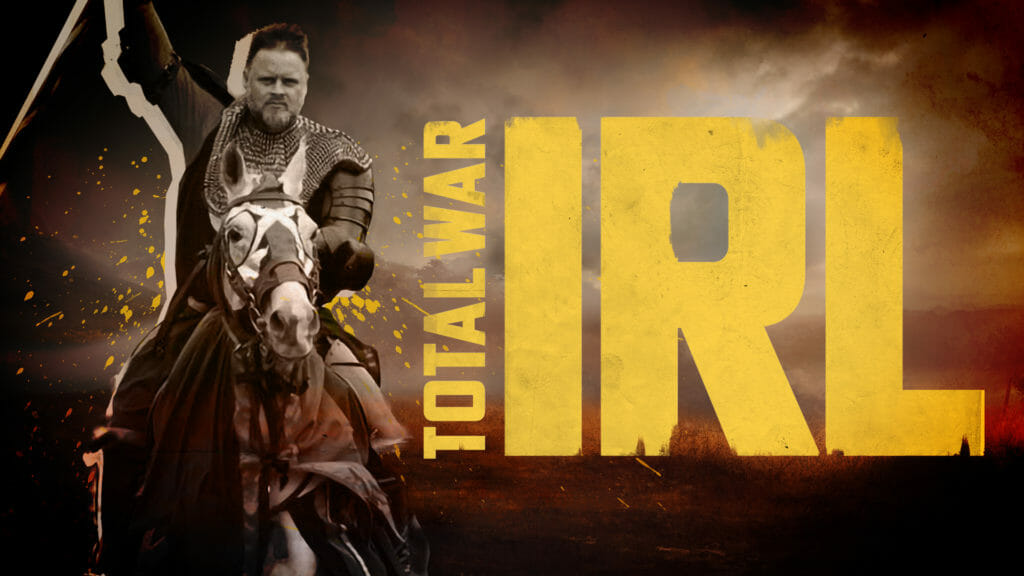