Doctor Festus is a deranged devotee of Nurgle who pledged a lifetime of service to the Plague God in return for his forbidden knowledge. He goes to war with few intentions beyond furthering his revolting studies of sickness, ailments, and plagues… It is a far better fate to die on the battlefield than to be captured for the doctor’s experiments!

Long forgetting the Hippocratic Oath he so vehemently preached as a mortal, Festus can be found concocting a variety of horrific potions and unleashing Lore of Nurgle spells, both of which allow him to manipulate the battlefield in insidious ways. While his Healing Elixirs ability replenishes the hit points of his own combatants, the Harbinger of Pestilence ability instead deals damage to enemy combatants. Yet there’s a catch: both act more like toggleable passive abilities that are mutually exclusive to use (meaning that only one of the two can be active at any one time). 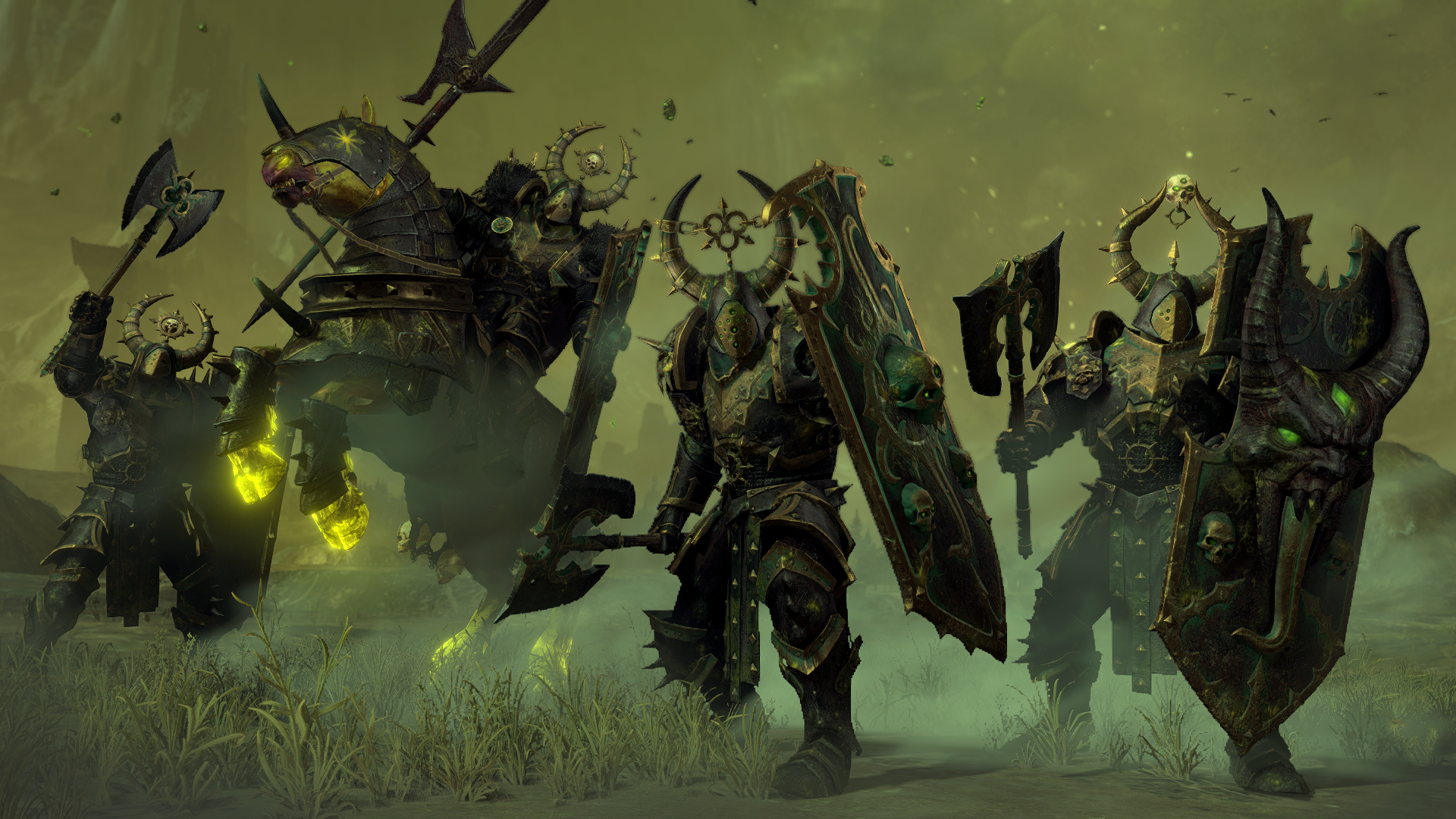 We’ll be sharing an even more in-depth look at Festus in a Let’s Play video coming TOMORROW, so look for that over on the official Total War YouTube channel. Then, keep your eyes peeled for more news about the third Legendary Lord joining the Champions of Chaos next week!