This automatic update arrives alongside The Shadow & the Blade Lords pack, bringing with it a huge array of content revisions, balances, bug fixes, and quality of life improvements to the Eye of the Vortex and Mortal Empires campaigns.

Even if you haven’t purchased The Shadow & The Blade, Deathmaster Snikch, Malus Darkblade, and their attendant factions of Hag Graef and Clan Eshin will add their distinctiveness to your campaigns,  becoming potential allies… or just to generally mess up your day.

The watchword of this patch is maintenance. We’ve done a host of tweaks and balance changes to all sorts of areas, as well as sorting out our faction naming consistency, reworking Black Arks in a manner befitting their dread reputation, and some much-needed optimisation passes to the end-turn process in order to speed it up.

We’ve also give some of our Legendary Lords a makeover – check out their before and after pictures below: 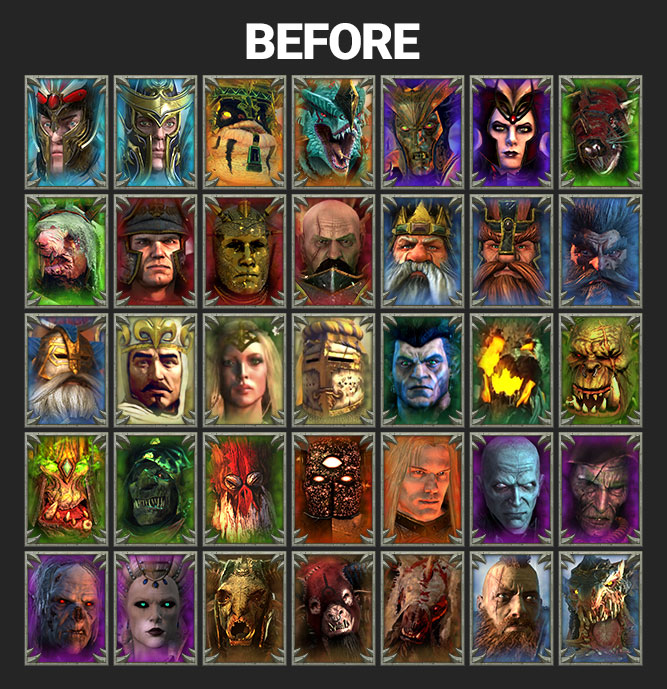 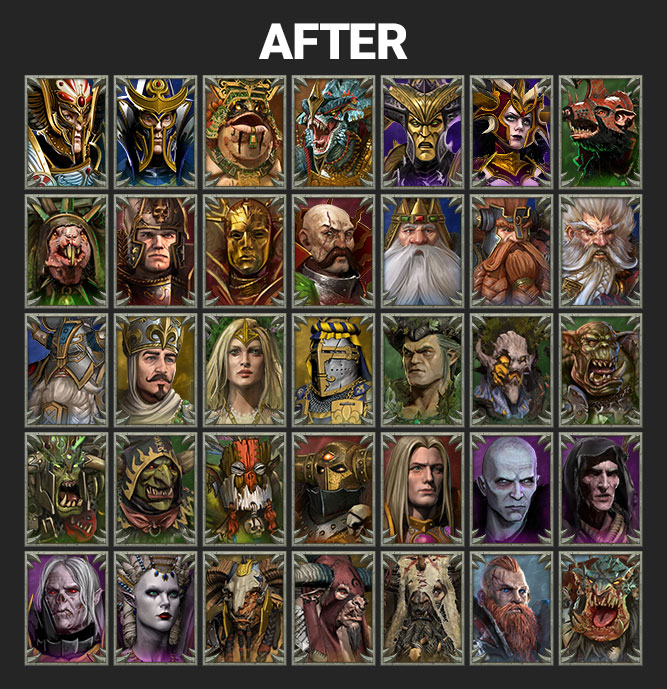 We’ve released an opt-in beta warhammerii_1.8.2 (instructions on how to join below) to resolve issues with matchmaking resulting from our recent hotfix. This will allow players to play quick match battles over the holiday period. This update will also reset the leaderboards to ensure that there is a clean slate during this time.

There are no other changes with this patch, so it is recommended that you only opt in if you wish to play quick match battles.

To join the beta:

Today we applied a hotfix to Total War: WARHAMMER II, which addresses the following issues:

The headline improvement in this update, we’ve found some useful code optimisations to the campaign gameplay systems and AI’s decision-making during end-turn rounds. These improvements reduce the time it takes for each faction to take its turn when you hit the end-turn button. This time reduction benefits players on all system specifications but will vary according to individual specs.

As many of you have noticed, there’s some divergence in naming conventions between certain factions from WARHAMMER I and WARHAMMER II – a hangover from the early days when Dwarfs, for example, were the only playable Dwarfen faction. We’ve now addressed these for consistency. Old World factions, and some New World factions, will no longer use the name of their race, but instead will have their own unique faction name:

To complement The Shadow & The Blade, Black Arks have received a mechanical overhaul to diversify their gameplay.

We’ve heard you loud and clear regarding the various hidden unique items and we’ve enacted the following changes:

You can now use campaign-exclusive units in custom battles (not in ranked matches, though!). You can find these units in their own category near the bottom of the roster. These units are a mixture of special feature units (Elector Counts, Mortuary Cult, Skryre Workshop) and a few special one-off units, such as Gate Guard and Spider Hatchlings. It is not possible to save an army build containing campaign-exclusive units.

We’ve made a significant change to the knockdown system, which unfairly punished heavily armoured units.

The following on-foot units have had animation metadata tweaks, making several of their splash attacks bigger to bring them more in line with the splash attacks used by WARHAMMER I characters.