The 1.6.0 update is the next major update for Total War: THREE KINGDOMS, arriving alongside the The Furious Wild DLC and Shi Xie FLC. The patch fixes issues raised by the community as well as introducing new campaign features, units, characters, and more.

Highlights of the 1.6.0 patch and FLC include:

Warning about pre 1.6.0 save compatibility

Due to the major reworking of the campaign map in patch 1.6.0, users may note a number of oddities if they load saved games made before this patch.

It is strongly recommended you start a new campaign to experience the great new features which have been added to the campaign. Please also disable mods until they have been updated to account for all the changes made with the release of The Furious Wild. 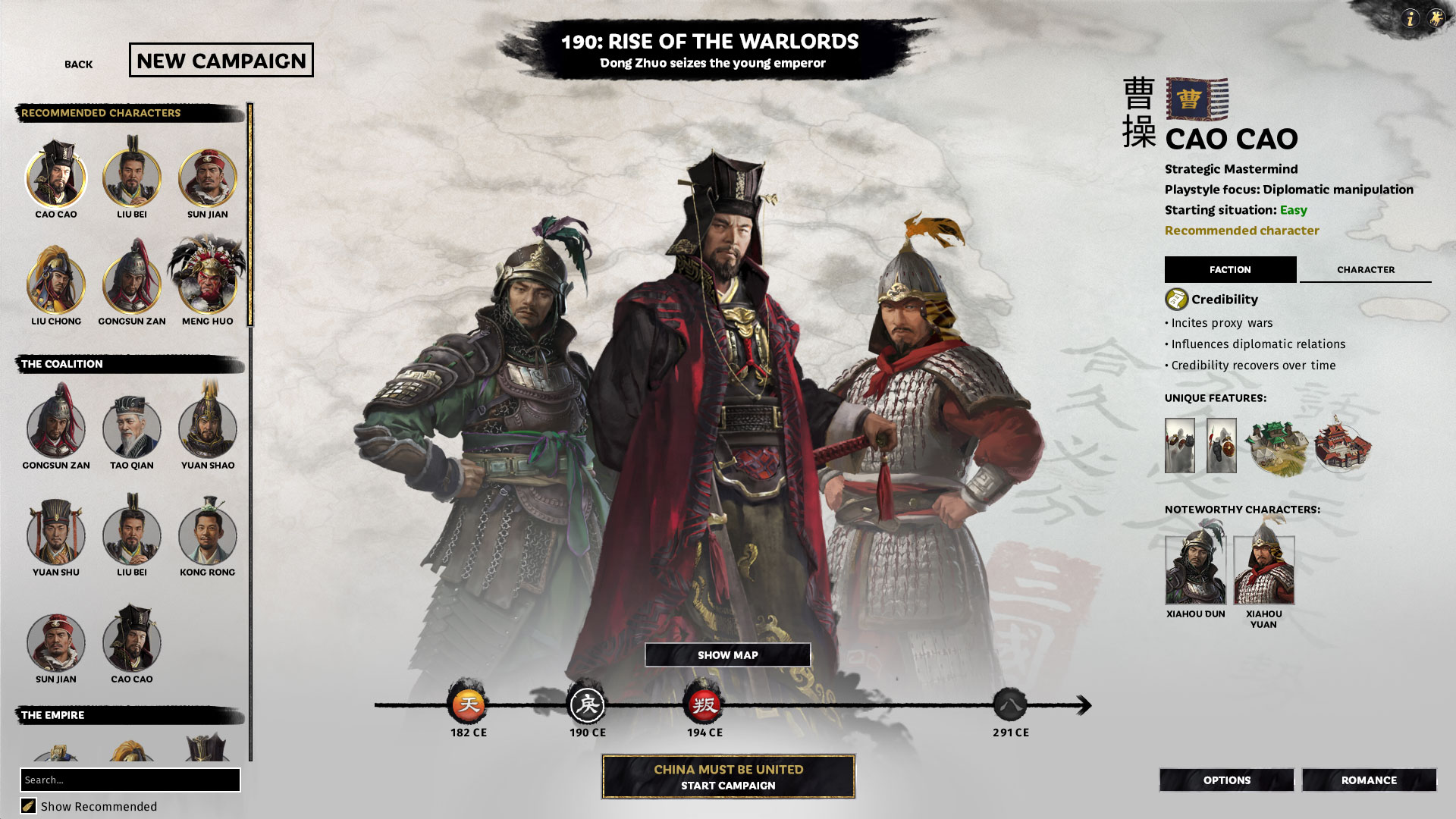 For the front-end rework, our goal was to reduce the number of steps between the player and the game, and in the process put emphasis on our cast of extraordinary characters. 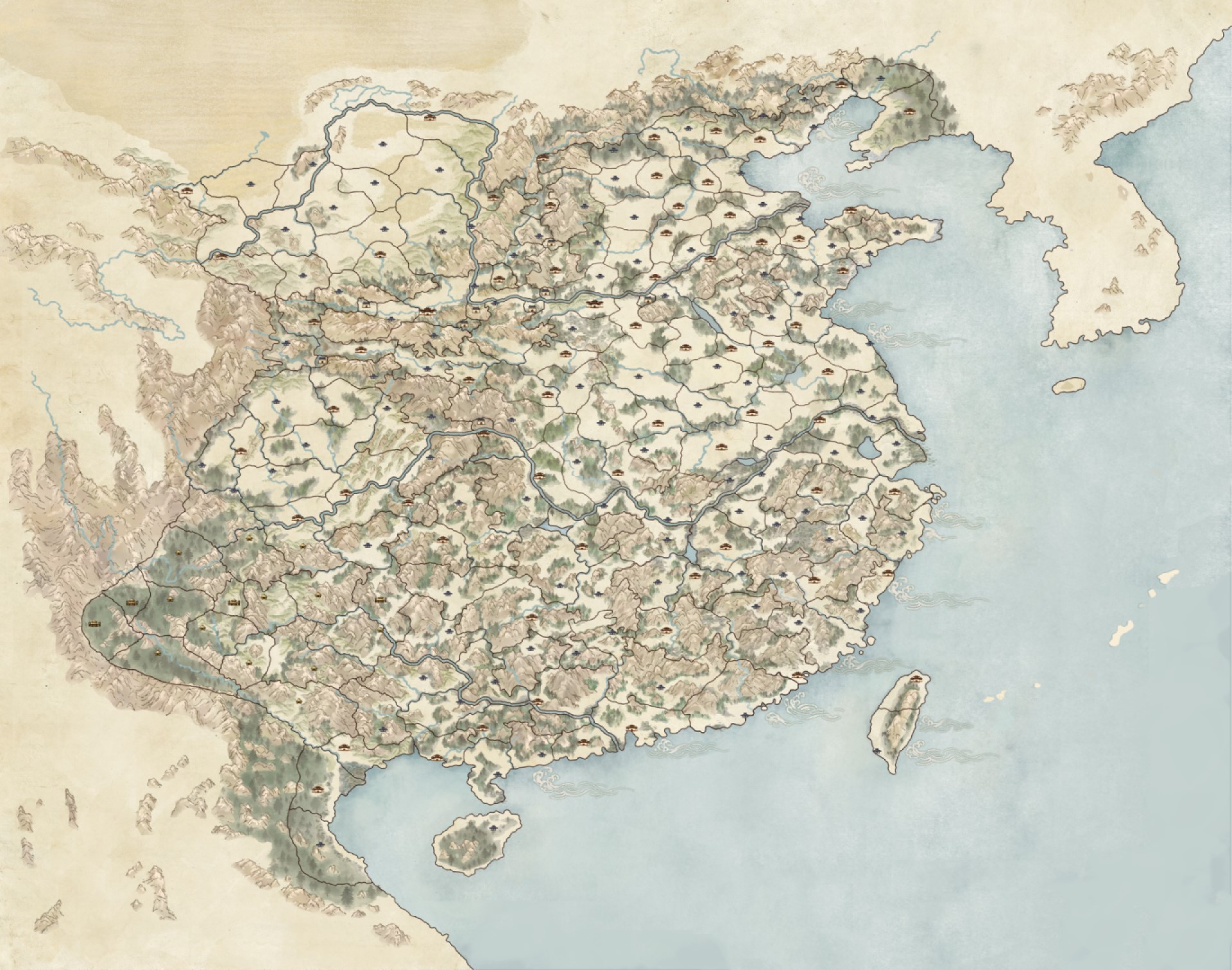 With this DLC we wanted to take the opportunity to revamp the world map and make a few key changes. These changes were also needed to accommodate one big new feature that we will talk about in detail later in these notes. As well as these changes, we have also expanded the map in the south to accommodate our new cast of characters and expanded up into the north-east.

We’ve added a new battle map to Total War: THREE KINGDOMS and it comes with a gate. In strategic positions across the campaign map, we have implemented brand new gate pass battles, simulating some of the historical engagements that took place on such geographical choke points.

As we mentioned in our July dev blog, there has been a minor issue over the course of our work to represent the historic Hulao pass. In short, it’s in the wrong place. We’re aware, and we’re sorry.

The Hulao Pass is positioned north of Mount Song which is where we have placed it on the THREE KINGDOMS map, but we’ve put the mountain in the wrong place. This was pointed out to us but at a place where fixing it would break all of our internal saves. Our focus is on making sure the upcoming release is as stable as it can be, so having to start over with getting saves to help us bug fix and balance the game came with too many risks.

This is something that we’re going to correct in a future update, so rest assured that we’re aware of it.

Wei Yan was a famous general of Liu Bei’s, first serving under him around 210 CE. He was part of the Northern Expeditions led by Zhuge Liang between 228 and 234 CE.

Wei Yan has the Reckless Strike ability, which deals a hefty amount of damage but can also damage himself and leave him open to enemy attacks.

Xun You was a powerful political figure in the capital at the time of Dong Zhuo’s rise to power and supposedly he secretly plotted to have Dong Zhuo assassinated.

He has the Ancient Wisdom ability, which allows him to see across the battlefield and through forests, increasing the vision of any army.

Li Ru was an advisor to Dong Zhuo and was instrumental in convincing Dong Zhuo to bring Lü Bu to his side.

Li Ru has the special ability Hold Firm, which improves his Melee Evasion when he is engaged in melee combat. This is a passive ability that improves over time.

Changes have been made to increase the variety in how factions play. This has been done by changing many of the bonuses the leaders of most playable factions give through their career traits and increasing the number of bonuses those career traits give. We’ve also looked at changing the bonuses of some faction unique buildings and pooled resources.

His bonuses have been reworked to emphasize his strategic strength. He gains additional supplies and redeploying armies are cheaper. His Tuntian Conscription and Agricultural Garrison buildings have also had their bonuses adjusted.

We have put more emphasis on his use of militia units, and how the people supported him.

We have made changes made to help with his Expansion playstyle.

His faction has been updated to match up with some of the changes to Sun Jian.

We have made changes that make him even better with crossbows as well as putting more emphasis on his unique units.

He has been changed to put more emphasis on his unique units as well as improving his unique building chain.

We have made changes that put Big Dong more in line with his playstyle and title.

We have made small changes to give more emphasis to his unique units.

We have changed his career trait and buildings to give more focus to his unique units and try and make his economy stronger.

We have made changed to make him a better commander, shifting the origin of the bonuses that captain retinue gains.

We have put more emphasis on his Qiang units, and made his Xiliang Supply Lines buildings more impactful.

We have improved his focus on economic management.

We have put more focus on his unique units and vassals.

His career trait now gives a comparable number of bonuses to other playable characters and better reflects his playstyle.

We have put more emphasis on his unique units.

More emphasis on his unique units and improving some of his effects.

We have changed her effects to reinforce her expansion-focused gameplay, and her infamy bonuses have also been improved.

We have put more emphasis on his unique units

We have added a bonus to help compliment his ranged unit bonus.

We have reduced recruitment cost for his unit focus.

We have made adjustments that make expansion easier for him.

In concurrence with our changes to the map, we have reworked the Bandit Network so it reflects these changes. Next time you load or start a bandit campaign, you will see these changes.

Besides the new technologies, we have also made the following changes to the existing map: 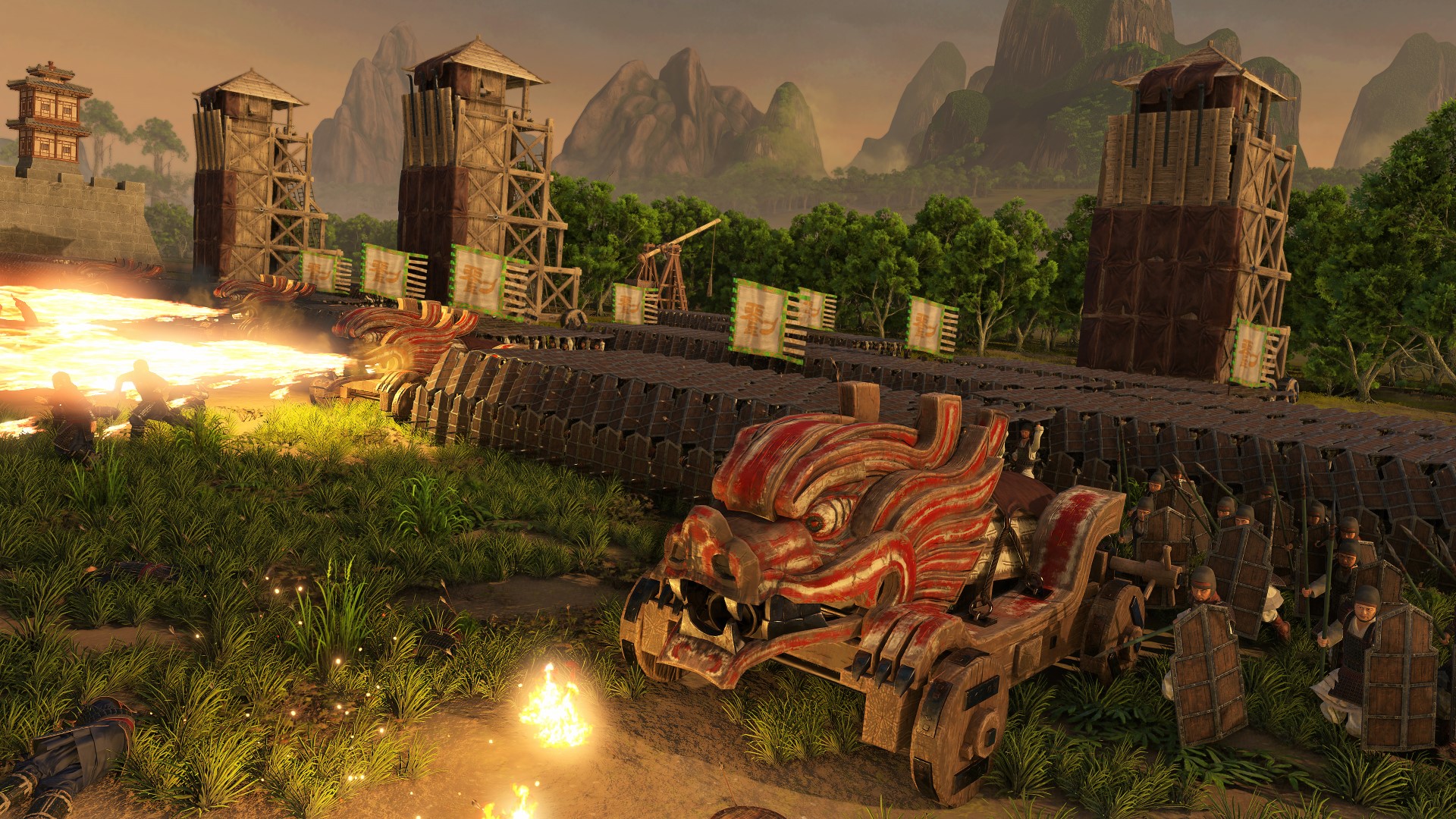 The Juggernauts are a dramatic, some might even say combustive, unit. A fearsome foe on any battlefield, this unit does come with some drawbacks. They may be able to wipe out men at close range but getting them in position can be a challenge. 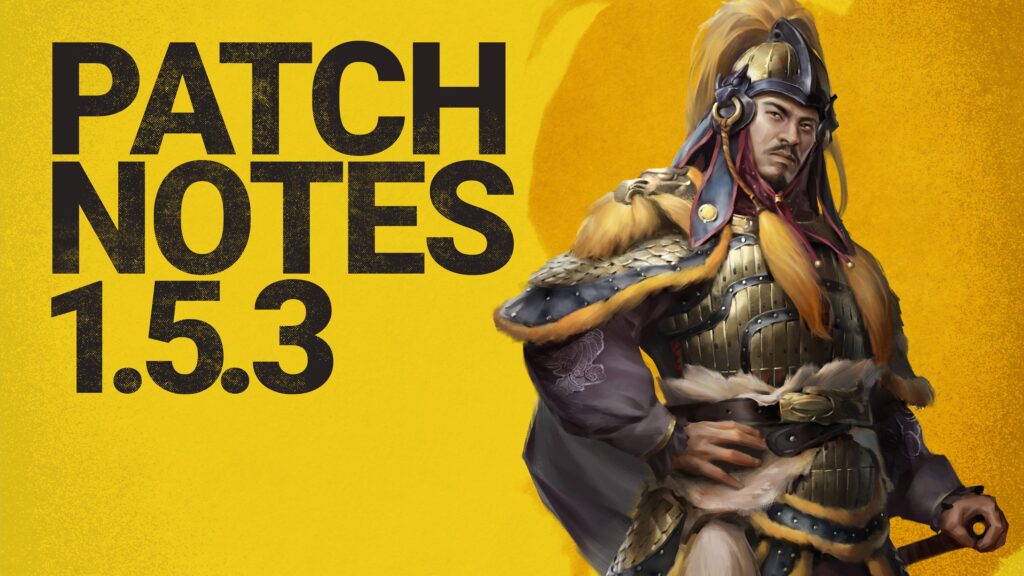