Welcome back to Summer on TotalWar.com as we celebrate the Steam sale with a series of retrospectives on some of our best games over the years. Today we’re talking with Janos Gaspar about Total War: ROME II, Attila, and making a historical Total War sequel.

ROME II had a troubled beginning of life but has gone on to be fondly remembered as one of the finest games depicting the period ever made. It’s also a game we supported for a very long time with DLC, updates, and patches. You can pick it up on Steam for $14.99 / €7.50 / £7.49. The various DLCs are also all on deal at 66% off, taking most of them below the price of a particularly medium pizza.

TW.com: Hey Janos, thanks for talking with us today – can you kick off by telling us what you are doing at CA now and what you were doing back on ROME II?

Janos: I am Janos Gaspar, I’m currently game director on the next historical title. Game director means that basically I make sure we have a clear vision for what we want to do for the game. We take into account all the different inputs from the team, from the players, from the press, from the company itself, the business, and create something that is a coherent vision. I basically guide the team through development of the game, it’s mainly helping the other directors, coordinating them so they operate as a team and deliver on the game.

What was it like working on a sequel, especially to a game as legendary ROME?

I think always the biggest thing with something like Total War, where it’s long, ongoing, and we touch the same subject again – between ROME and ROME II there was a bit more than 10 years. During that time, Total War changed a lot. The engine changed, the systems changed, what Total War means to people changed a bit. The games industry changed, and the players were changing.

We were coming at it from SHOGUN 2 and we knew from the beginning that ROME is an important reference point, but we weren’t making a ROME remake. What we were making was coming from where we were at that point with the brand, thanks to SHOGUN 2, and we get to use everything that we learned since the original, working with bigger timeframes and geographic scope.

We wanted to build a new game where we pushed the engine forward quite a bit from where it was with SHOGUN 2. We had some big highlight features that we couldn’t do with the original. We took a big inspiration from all the love that ROME as a game got – but it was more than a direct sequel.

Nothing had to be kept, you could redesign and rethink as you wished?

It’s not that we had to redesign everything, but certain parts of the game were progressing. When you think about something like Total War, it’s a very complex game. It has multiple systems very heavily intertwined to give you that experience that everyone is familiar with. So, when we are talking about where the game is at in SHOGUN 2, all the different bits had progressed separately and together since ROME. We knew we had to work from that base and not take the base from 10 years prior.

Another thing that was very important was, while there was a big nostalgic factor, we had our own stories to tell. There are more interesting stories in the ancient world that are worth telling. Different perspectives and different takes on it. We wanted to make sure that we could look at it and come to the best conclusion, what was best for the game.

This was the third sequel at that point – how were we approaching them?

MEDIEVAL II was very close technology-wise to the original. Just one game in-between. SHOGUN 2 is a better example – if you think about the differences between the original and that sequel and how SHOGUN 2 is basically not the same at all. It gets some of the highlights and more important things – ROME II is in many senses similar. In SHOGUN 2 the zen, focused, minimalist nature was the theme taken from the original game, while in ROME II it was a vast and expansive world. Obviously, that can result in an absolutely different game, but it’s the same core.

What appeal does ROME II still have, for you?

Historical authenticity was always a point for us, but I think with ROME II we went the extra mile of researching things as heavily as possible. We looked at the texture of the whole ancient world. We tried to make sure that barbarians are not just barbarians, we are not making a Roman-centric worldview. We tried to do something where when you are playing as a faction, when you are playing as a culture, you get their view. You are not a barbarian for yourself – and with [standalone follow-up] Attila we went even further with this. Shifting mentalities is very important, we didn’t depict a Roman-centric world.

Another good example is the province system and the army system. You can no longer lose units running around the map. It was very controversial at the time, not everyone liked it, but overall, I think it’s better for the strategic space. Total War is always about the epic scale and the brushstroke decisions and the spatial decisions. ROME II did a lot of movement towards that. We always said we moved a bit away from Total Bureaucrat to Total War, no longer going that much into meaningless micromanagement. But, as I said, it wasn’t for everyone’s taste.

With the provinces, we always said that the player is like Julius Caesar or Augustus. Someone who is in charge of the whole nation. Menial, every-day, petty tasks are not something that you should really worry about. Getting towards that and giving you meaningful alternatives was not always simple and didn’t always turn out how we planned, but I think overall it’s set Total War on the path to where it is today.

Another thing that is interesting is how the players are changing over time. Total War is a very long-lasting brand. Whenever we are talking to our fans there is always a set of them that joined at SHOGUN, a set that joined with ROME, but there are a lot of people that started to play with ROME II and joined since. It’s interesting how it’s changing.

What’s going to be the feeling for people coming from ROME REMASTERED to ROME II?

I still play ROME II and especially Attila because I loved making it, getting to do Attila with a lot of different ideas was fantastic. ROME and ROME II are still valid games. The best is if you play both games for what they are – I don’t think they are directly comparable. You can at some base level because both of them are Total War in the Roman period, but they’re different.

Some of the reviews said that ROME REMASTERED shows that no matter what you do, it’s a game from a different era. There are simply concepts that don’t work as much as they did back in time. They are way more pronounced after THREE KINGDOMS or the WARHAMMER series. That was the case after SHOGUN 2 as well. For a lot of people, maybe not for the most diehard Rome fans, but for a lot of people, Total War has to move, has to adjust the gameplay, has to stay relevant in the contemporary world. ROME in many ways is your favourite childhood memory but replaying it is not comparable.

What was your feeling about and response to the rocky launch?

We’ve discussed it a lot, naturally. Over and over again. You can’t deny that it let down some of the core fans who wanted something different – they wanted to have a continuation of ROME with all the benefits since SHOGUN 2 carried over, whatever is relevant. Our big learnings were to double check, triple check the data about potential bugs, and manage the expectations in the right way. If there were less bugs and people were less upset about them, I think it would have had a better outcome. It’s not a bad game and it wasn’t a bad game.

Are you proud of the game as a whole? With a time machine and infinite budget, what would you go back to change?

Overall, yes. You don’t look at it just at release. First of all, the whole development process, that was good. The release itself, not fantastic, but you look at the aftermath, fixing the bugs, looking at Attila. Right now, ROME 2 is one of the best Roman-themed games you can play, overall. Attila is, again, very good. Time has shown that Total War went in the right direction, the results of the whole journey got us to the WARHAMMER trilogy and to THREE KINGDOMS. It was a steppingstone to get where we are, I think.

The sprawl system, I really liked that, that’s what we were proud of. The cities were growing tangibly on the map, that was very good. In many ways it’s good to see that something similar to what we wanted to achieve has come through in other games as well – like Civilization VI, a lot of things we were discussing and some that we implemented are there.

With hindsight and all the knowledge that we gained, going back and applying some of those to ROME II around how to have a better narrative and more tangible and ownable characters would be good. Ones that have their own agenda but still conform to the player’s needs and the player’s agency. That’s something that I would possibly do more of, but again we had to do ROME II as it was to get to where we are now.

Thanks Janos – probably best not to mess with the timestream too much.

That’s all from Janos on ROME II. We have another post coming tomorrow focusing on Total War: WARHAMMER I & II. We’ve also already spoken to Mike Simpson about SHOGUN and Guy Davidson about EMPIRE. We hope you’ve enjoyed them and will tune in for the others as well as the sale winds on! 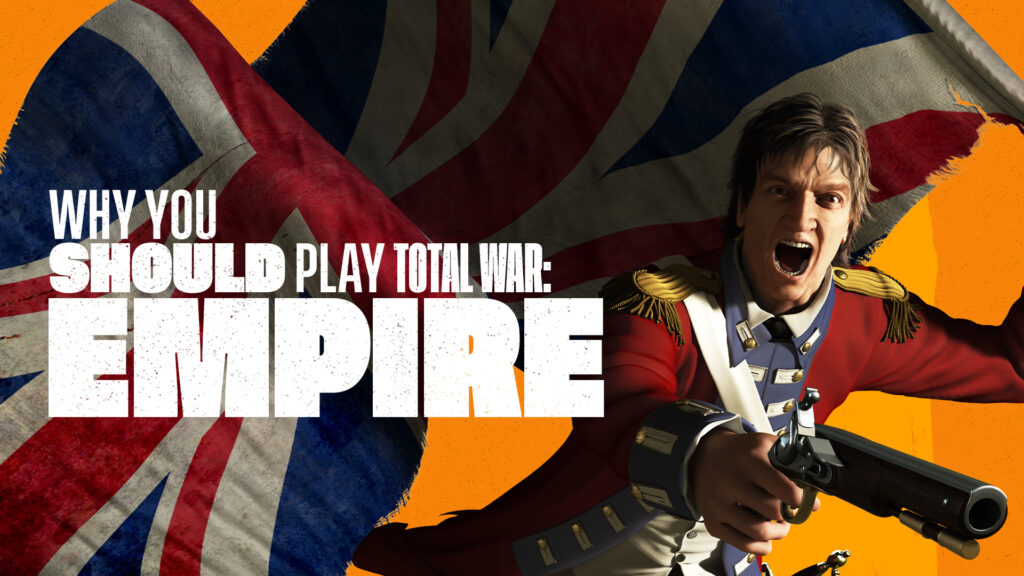 Welcome back to the Steam Summer Sale extravaganza here on TotalWar... 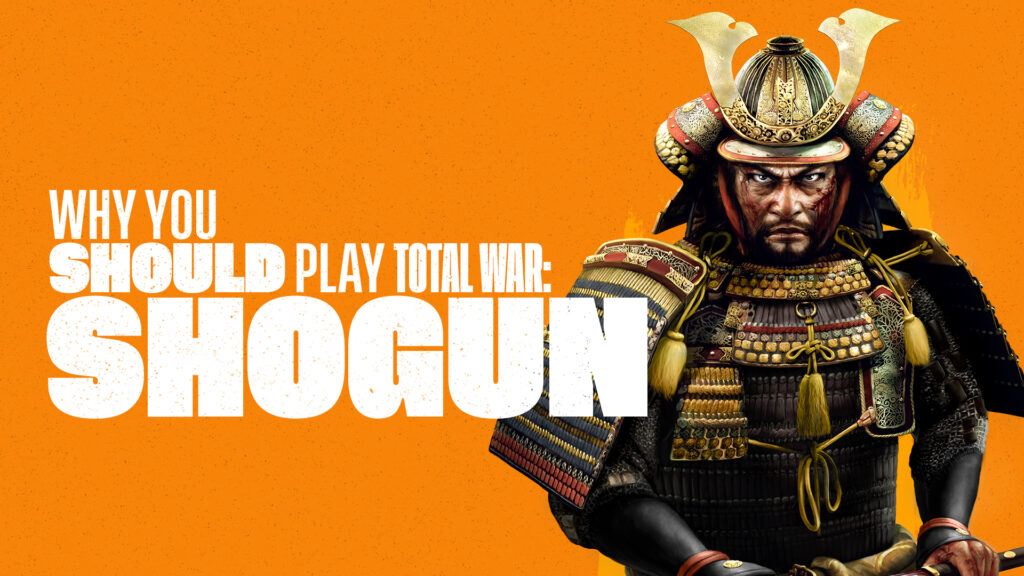 The sun is shining. The heat is rising. The bathing suit skins are ...