Agamemnon has arrived in Elysium and can be earned through our special mission event. 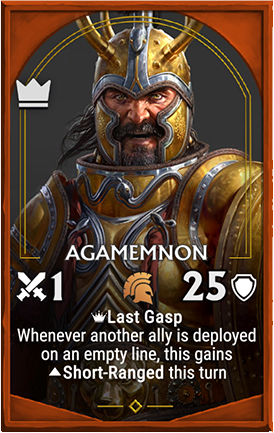 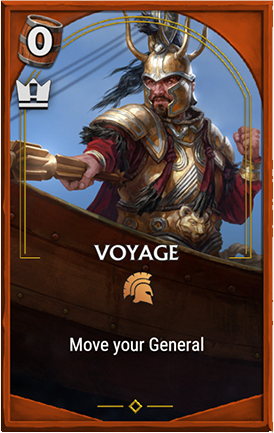 There are 19 new collectible Troy cards to discover – including Achilles, Hector, the Minotaur and the Cyclops! There are also new cards for other Eras: 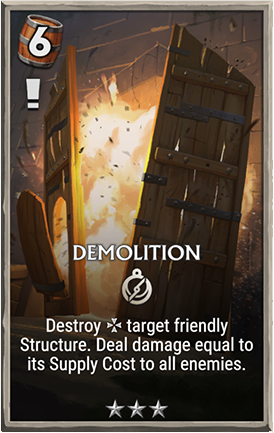 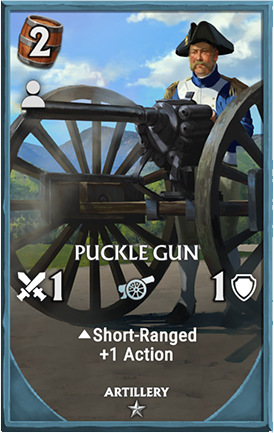 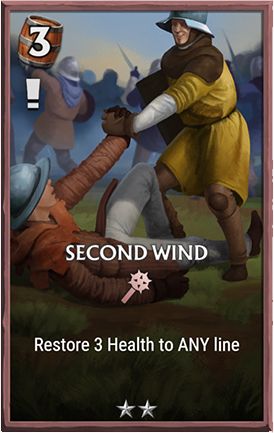 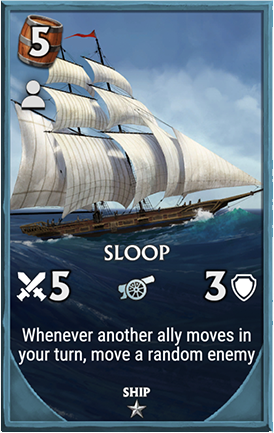 Design Notes: Previously Sappers was increased to 4 cost to address its power level issues. This proved to be a mistake, as it meant you couldn’t reliably bring in Sappers from your Reserves on Day 1 and be able to counter an important early game Structure, like Open Plain or Vineyard. We decided to revert its cost to (3) and try a different change. After discussion with the community, a popular point of feedback was shifting it to be damage-based rather than destruction. This means it retains its effect against cheaper structures, but expensive, late-game Structures like Star Fort will survive, which seems fairer and will allow more use of high-end Structures. 6 damage seemed to be the sweet spot for Sappers still killing the Structures we thought it should be able to, though we did adjust the health of a couple of Structures in response, which you’ll see below.

Now: Daybreak: Restore ALL the Health of BOTH Generals

Design Notes: The Aide-de-Camp was a very strong Legendary, and a must-craft for competitive players. We try to avoid overly-strong Daybreak effects, intending that the effects are incremental so there’s a tension between playing the card on-curve or waiting until the turn before Daybreak. The Aide-de-Camp broke these rules by having an extremely strong Daybreak effect. This change is undoubtedly a nerf, but is less than it first appears: the player casting Aide-de-Camp is still in the driving seat and it’s their decision if the delta between the two Generals’ health stats makes it worthwhile.

Design Notes: Raid is a powerful mechanic, which can easily result in large cost discounts to cards which were already costed quite competitively, e.g. Ceorls is a 3/3 for (3). This adjusts a few of the more powerful and highly-played Raid cards, including Lagertha’s Signature Card. The intention is that players need to think a little bit more carefully about their deck in order to get the most out of Raid, rather than it being a bonus. It’s a strong mechanic, so we expect to have to continue to keep a close eye on it.

Design Notes: The Counterattack deck is a little weak, and quite hard to pull off. Part of that is the difficulty of getting enough value out of Counterattack. This is a step towards making it more competitive.

No longer does its special attack against Structures.

Design Notes: Not so much a balance issue – it was just a bit strange and unexpected that the Fire Ship would attack Structures. Troy (which contains a viable structures deck) also made us thinking more about whether this interaction made sense.

Design Notes: This wasn’t doing enough to punish opponents gaining lots of Supply. This small tweak hopefully will make it slightly more useful against those decks.

Design Notes: Guillotine is a fun card, but not overpowered. We felt it deserved to survive a Sappers trigger, which might make it slightly more usable in competitive decks.

Design Notes: Hungarian Nobles was a strong card, but didn’t synergise with anything else, so there was no deckbuilding or gameplay tension. This obviously slots quite nicely into the Viking “empty hand” deck, whilst still being a strong card for its cost.

Previously: Whenever an enemy moves, this gains +1 Attack this turn

Now: At the end of your turn, if an enemy moved, this gains +1 Attack

Design Notes: The old design was difficult to activate most of the time, and at the same time could be brutal when combo’ed with About Face. This made it one-note and quite luck-based. This switches that up: the bonus is capped at maximum one per turn, but is permanent.

Previously: Destroy an enemy Unit and any adjacent copies of it

Now: Destroy ALL copies of an enemy Unit

Design Notes: This is an effort to make Rout feel more legendary. The likelihood of the additional copies coming up is rare (so this is a narrow buff), but very effective when it does occur (e.g. against a Peasants deck, or Yellow Turbans). On a Legendary card, which you’d only be able to play once per game in normal circumstances, this feels like the right balance.

Previously: 3/4, this gains +1 Attack and Flanking whenever a Ship moves to its line

Now: 2/4, this gains +2 Attack and Flanking whenever a Ship moves to its line

Design Notes: This adjusts Sea King so that the pay-off is much higher. A Vikings ship deck needs some more pieces to make it competitive, but this is a good first step.

Design Note: Stone Bridge is a useful Structure, but hasn’t been seeing a lot of play. In our pass on Structures in conjunction with the Sappers change we thought it warranted a small buff.

Design Notes: Veteran Trainer sharing the same Supply slot with the similar but more powerful Jade Dragons was an issue. This moves it up to (6) and gives it more survivability to keep it able to move over more turns. We may look at making the two cards feel a bit more different in the future.

Now: At the end of your turn, add a Supply Cache to hand

Design Notes: Vineyard was a very effective enabler for Dong Zhuo combo decks, making those decks more consistent than we’d like. This change greatly reduces the power of a Vineyard played right before the end of Day 1, but slightly increases its effectiveness if it sticks around for a whole Day after that (by giving you an extra Supply Cache half the time, and giving you the partial pay-off straight way, rather than waiting until the end of the Day). The intention here is to reduce the power level in the Dong Zhuo deck, but keep it roughly as effective in other decks. Losing the combo with False Dawn is unfortunate, though False Dawn will increase in usefulness as we add more and more Daybreak cards to the game.

Now deploys two Citizen Soldiers on Herald and at Daybreak

Design Notes: This card was straightforwardly too weak, only really paying off if kept alive for two Daybreaks, which was difficult. This change makes it a much more attractive prospect.

Previously: As the game logic would understand it, cards could be reduced to less than 0, however visually it would always read as 0.

Now: No stat can be reduced below 0.

Design Notes: We are planning to rework Lay Down Arms for the next major update. In the meantime this substantial cost increase should shake things up and reduce the often repetitive and un-fun play pattern of having large numbers of units permanently disabled by an extremely cheap Event. The above changes will help, but wouldn’t be sufficient to stop the dominance of this card. This is likely to be an overly-aggressive nerf, but it’s important for us to get information on what the meta feels like without this card being so prevalent, so a big reduction in usage rate is a useful data point.

Design Notes: As with Lay Down Arms we are intending to rework Caltrops in the future. This smaller cost increase is a temporary measure to encourage a little more usage of Cavalry. Caltrops is quite a risky card to bring during your Reserves phase – as it can be completely unusable against certain decks – but it is no doubt far too effective in many situations and pushing several interesting decks and cards out of the meta.

Attacks triggered by special abilities (from cards like Fire Ship and The Old Guard) were changed in the last update. Those changes have been partially reverted, so special abilities can again occur against Camouflaged and Flanking targets, and if the attacker is stunned. However the change where special attacks won’t trigger for 0 Attack cards, or against Unbreakable enemies, is retained. We’re trying to find a balance between not creating overly confusing interactions, but also allowing enough counterplay against special attacks. This is likely to be tweaked further in the future as we find the right spot. 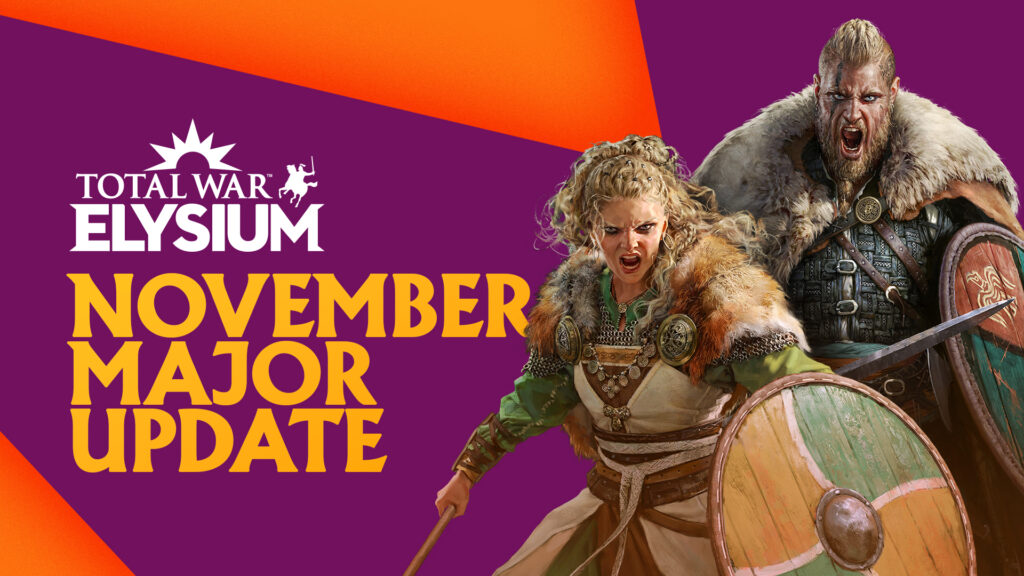 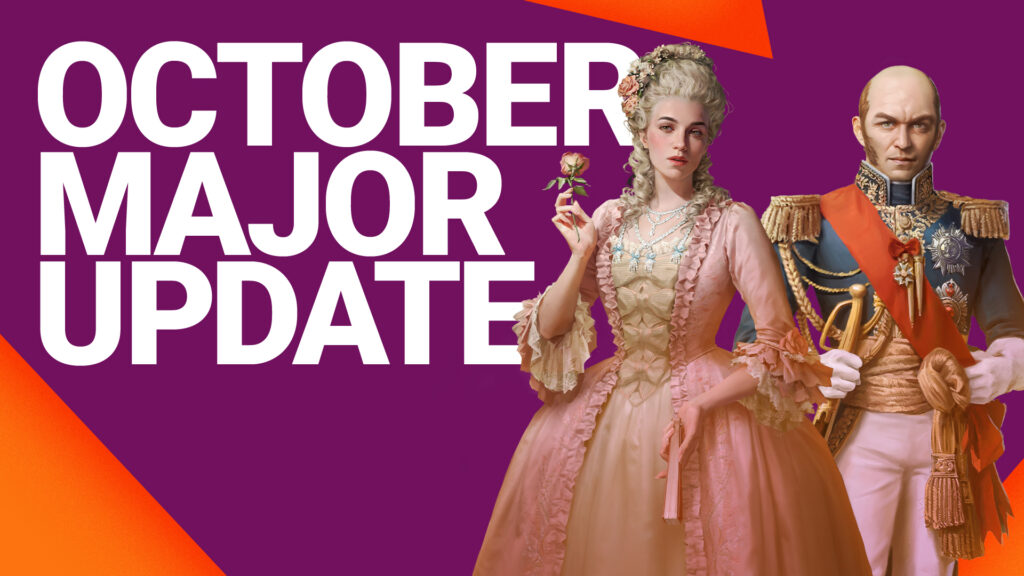 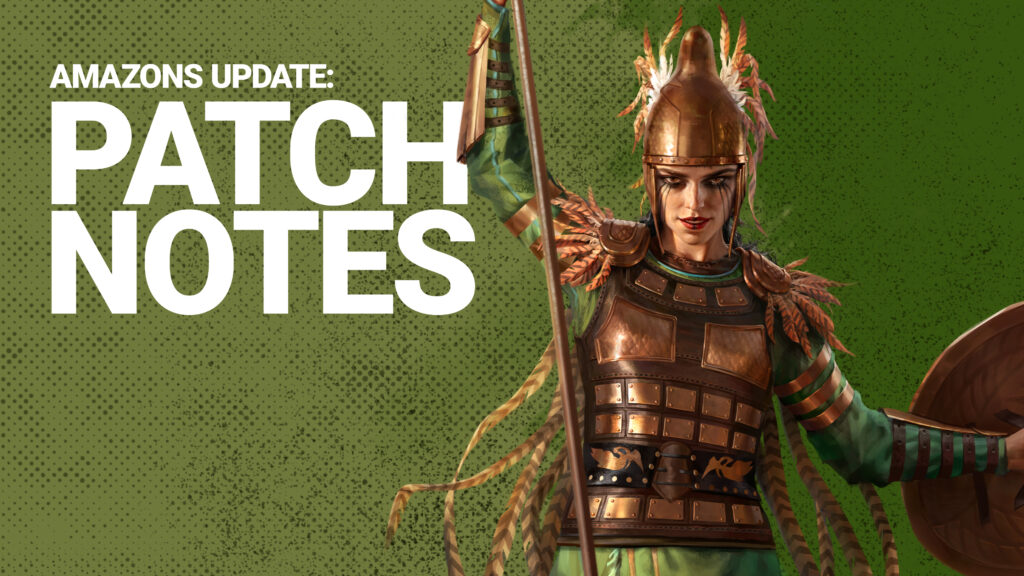 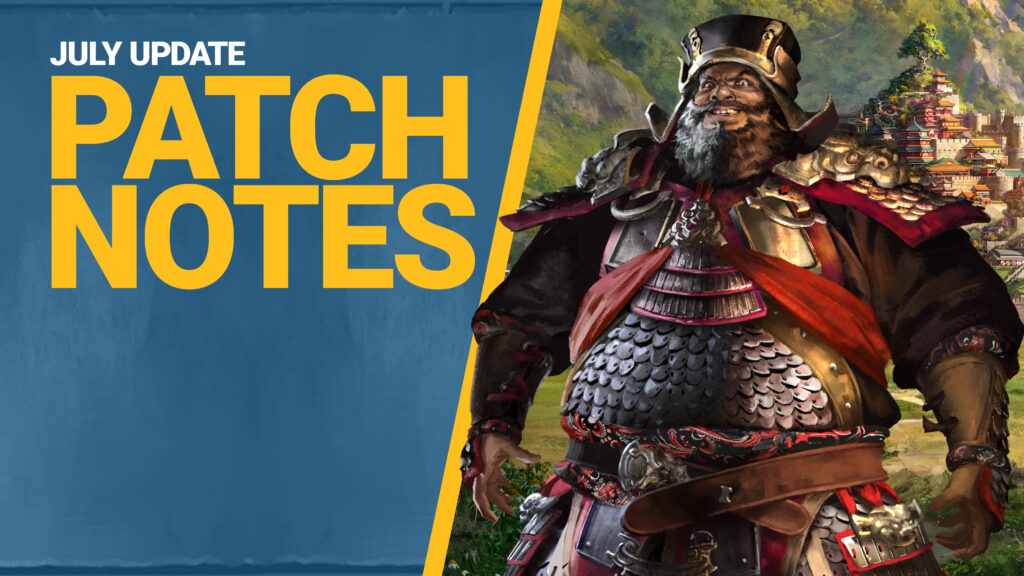 Welcome to the latest update for Total War: Elysium! For any feedba...