Last week we gave you a brief taster of what’s coming up next for A Total War Saga: Thrones of Britannia and today we’re ready to share a few more highlights from the forthcoming Steel & Statecraft update. 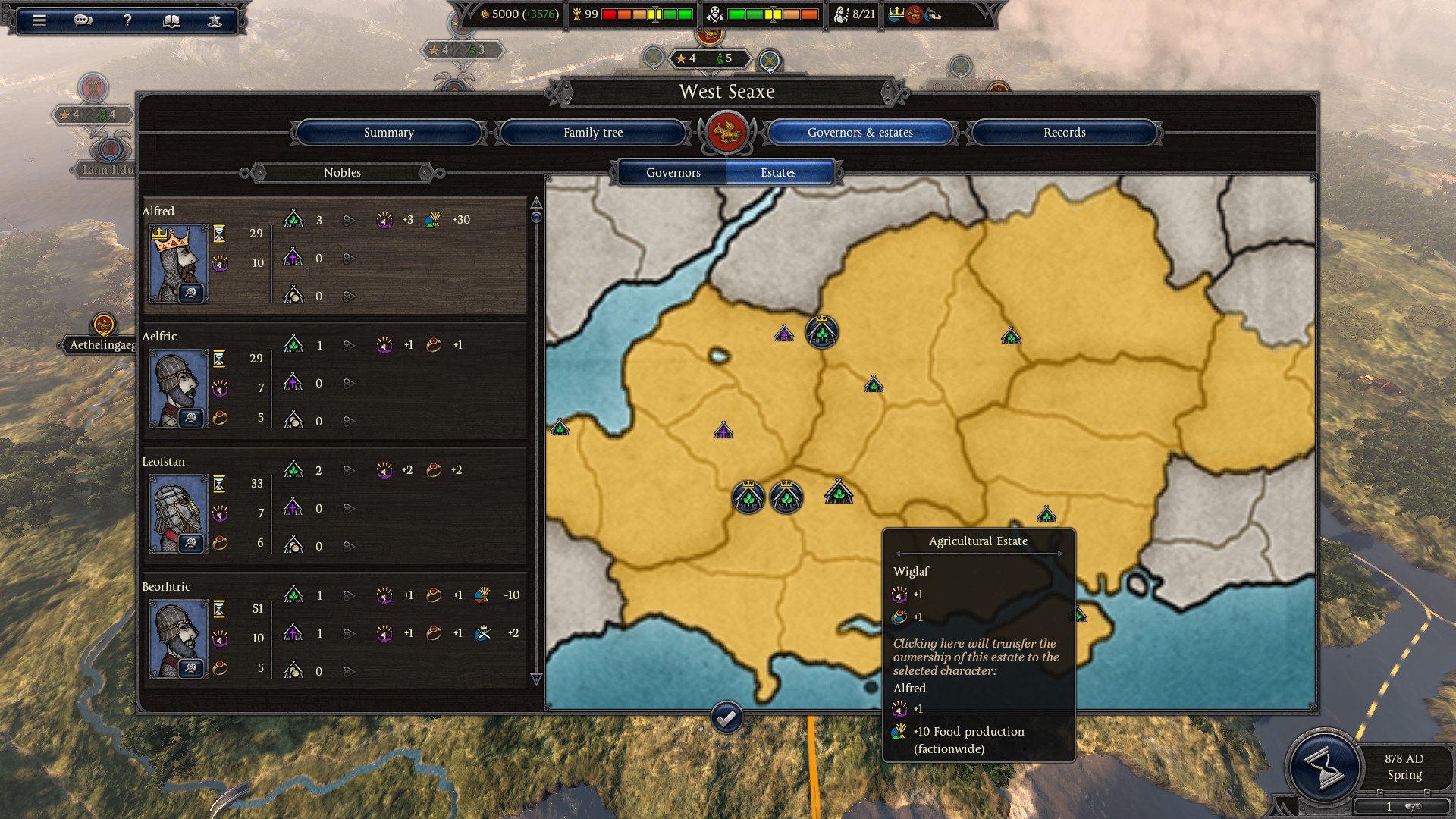 The purpose of Estates was to add challenges in managing a kingdom where each noble is playing the game of intrigue, looking to grab more power and land for themselves. However, the system didn’t have as much impact as we’d have liked, which is why Estates have received a rework to better represent a king granting land to his more important lords, thus ensuring their devotion to the crown. With the power of land ownership comes a responsibility for the owner to properly tend to his holdings – each Estate will offer a positive effect if given to the proper lord, or a negative one if the noble is not suited to presiding over such lands.

The nobles in turn do not sit idly, hoping for deeds to fall in their lap. The Estate Desire traits, which characters previously gained, have been replaced with requests, directed towards the crown in the form of missions. Every so often a lord in your faction will ask to be granted Estates, offering a reward in return. But if you deem the noble ineligible or sense malicious intent, and you ignore their request, their loyalty will start to waiver.

We’ve added more weight to managing your Estates, and to help with that we’ve reorganized the Estates interface. Each lord will list the effects that they provide from Estates they own. Moving Estates around has been made easier – clicking on an Estate will grant it to the selected character on the left. Beware, however, of dealing with Estates that are not in the king’s possession – nobles are quite attached to their lands and will rarely part with them without repercussions. 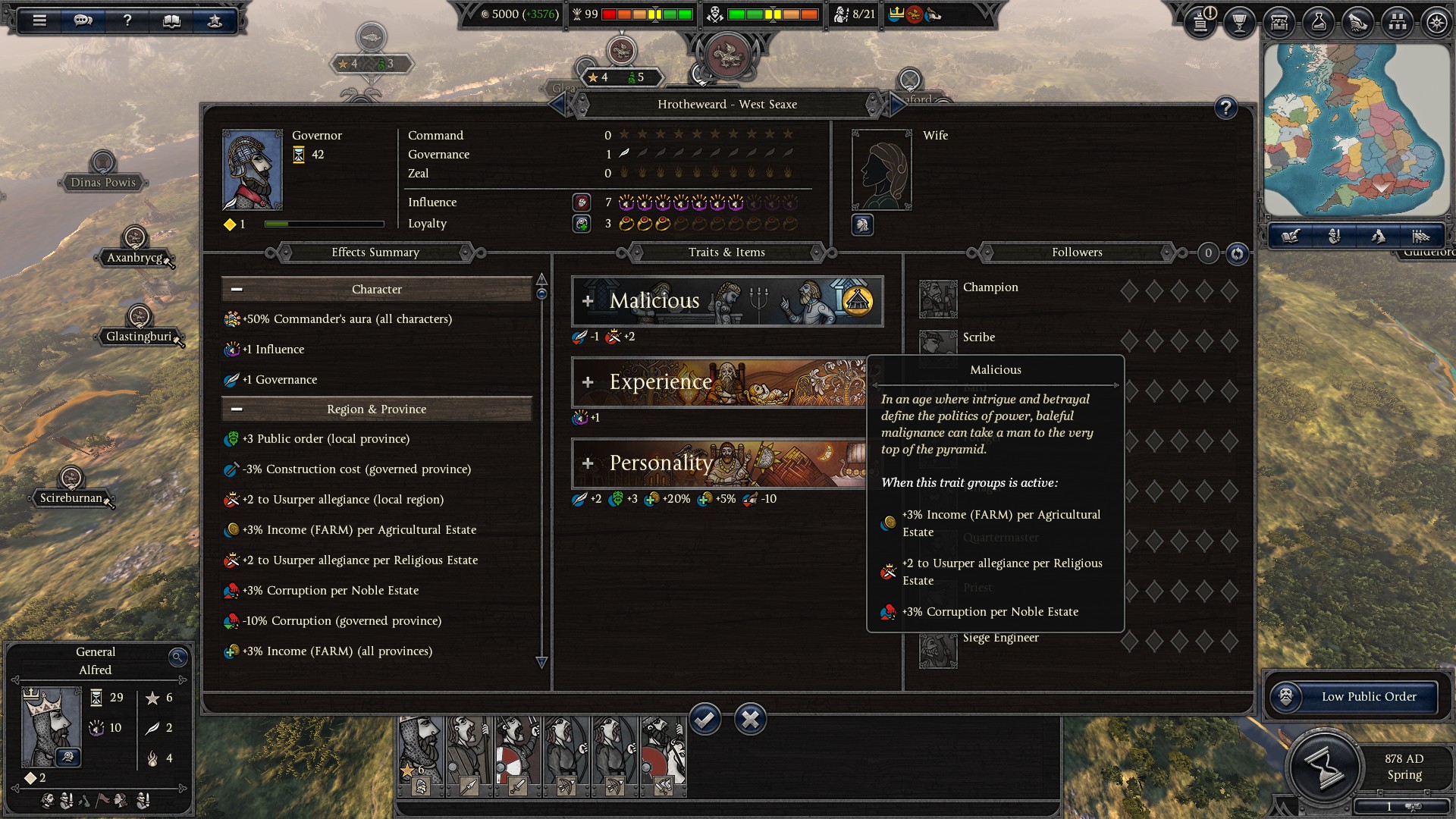 Traits depict the story of each character; their upbringing, their personality and the events that have occurred in their lifetime. Sifting through each character’s history can be cumbersome, which is why we’ve stacked traits into groups. Each trait group is now represented by a banner, with all effects of the traits within listed underneath. Clicking on a banner will list all traits within that group, giving a detailed account of the noble’s qualities.

As mentioned previously, each trait group will list how it affects a character’s Estates. The group with the most traits will be marked with a large yellow icon, showing the lord’s dominant characteristics and what effects they grant to the noble’s land ownership. 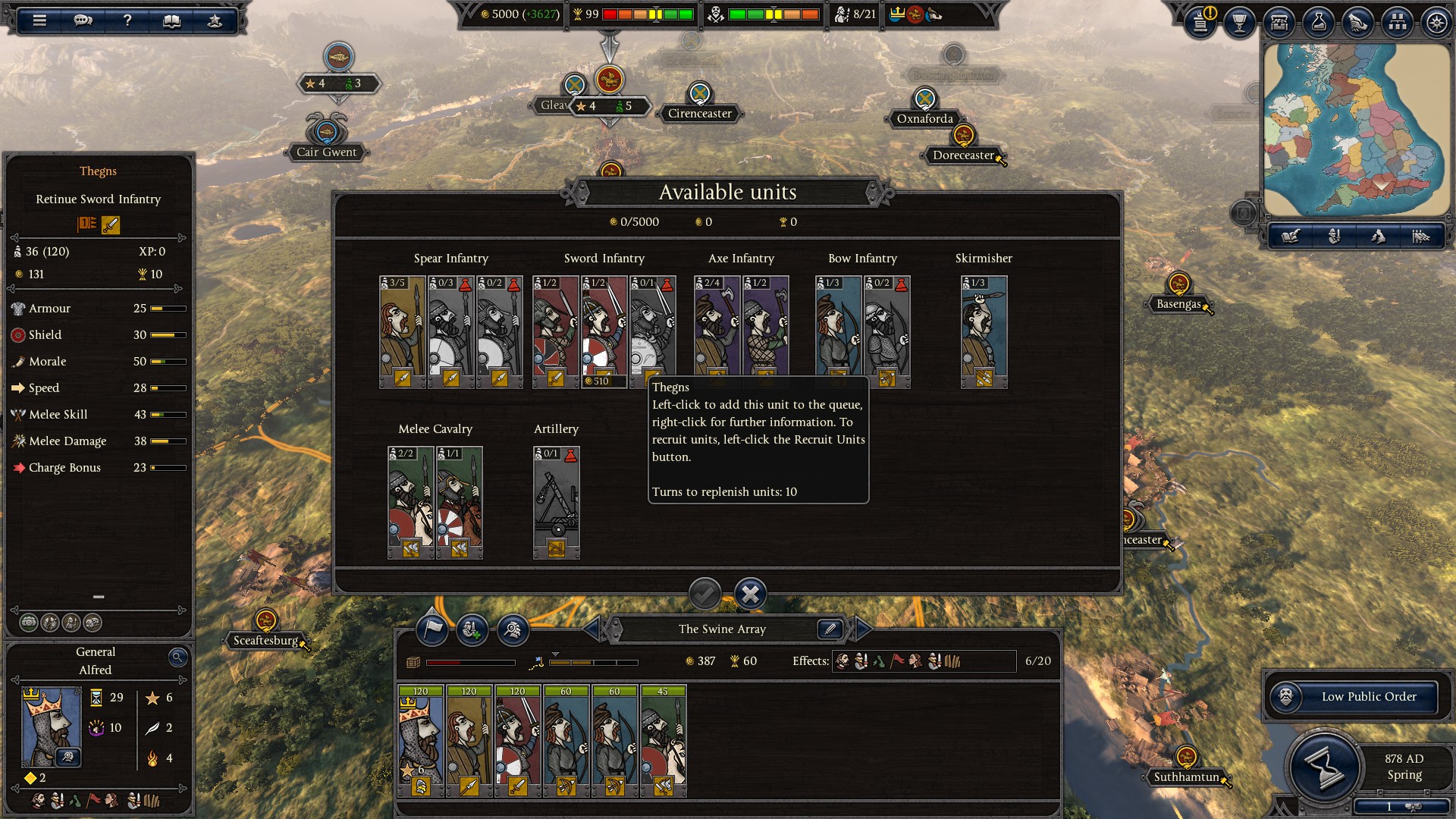 Recruitment in Thrones of Britannia is chance based, similar to the way in which mercenaries worked in previous titles. While it’s an interesting challenge to build armies with imperfect composition and size, it has downsides too, such as elite units appearing scarcely, and losing your painstakingly assembled army can be a devastating blow to your campaign.

We’ve replaced this chance-based system with cooldowns. When a unit type is recruited, there’s now a set number of turns before another becomes available. This retains the sense of choice limitation, but rewards planning and removes the random punishment of not having enough units simply because they didn’t appear in the recruitment pool.

The time it takes to build a full army can be lengthy, so recruitment events have been added, granting a quick supply of units to help with defending territories, or adding a helpful push to your conquering. 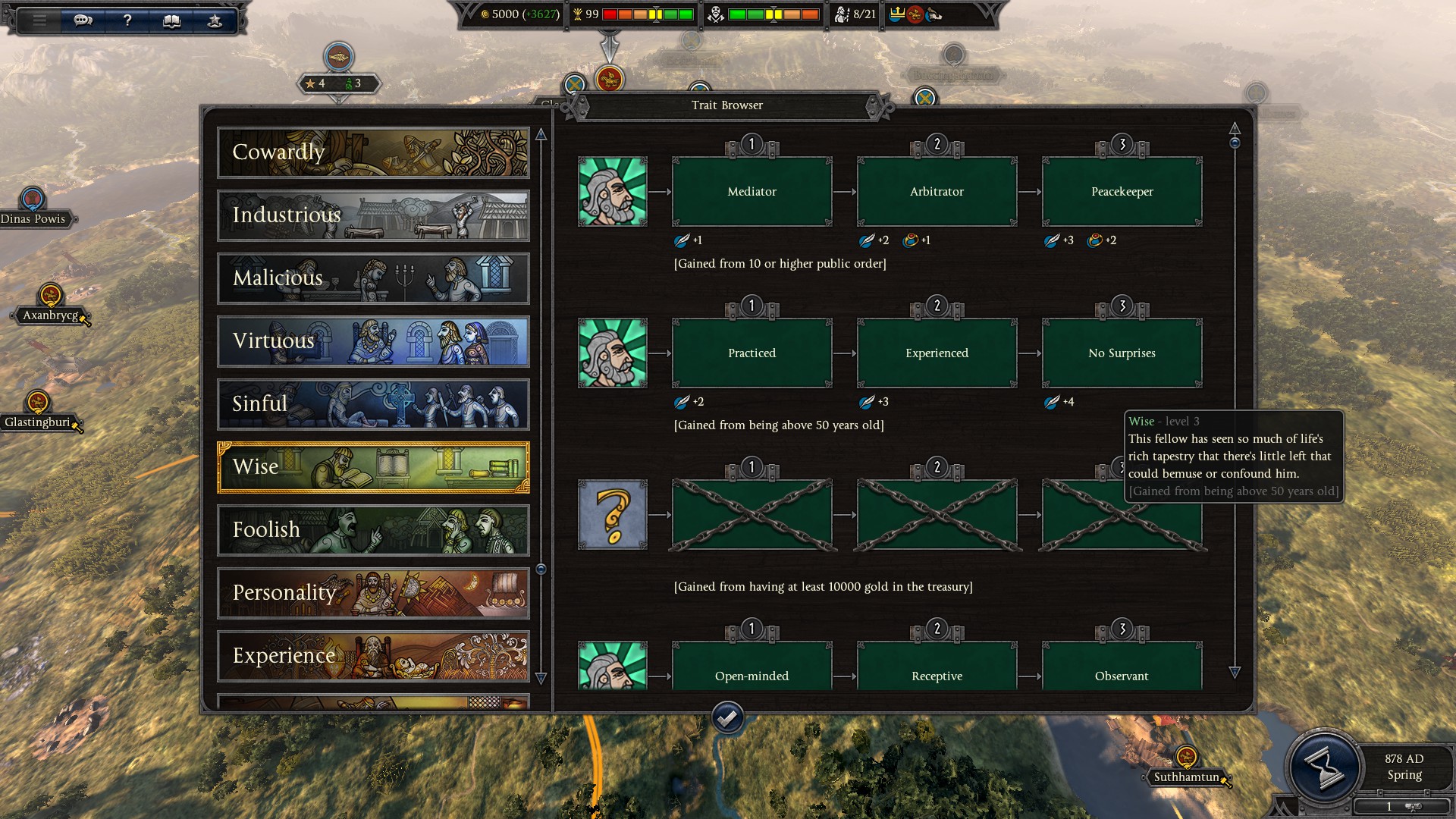 With the added importance of character traits, we believe there is more purpose to managing your characters, seeking their best development. All traits present in the game are now listed in the Book of Traits along with the condition of their acquisition.

The details of a trait will be locked until the player acquires that trait for the first time. (We still want players to experiment and discover traits on their own, but unlocked trait information will now be readily available).

The Book of Traits is persistent between campaigns, allowing players to hunt for a specific trait in a later playthrough.

Villages are getting a second, alternative building path straight from level 2. This should give players the opportunity to fine-tune their economy through minor settlements. The existing paths are vastly unchanged (safe for some minor balance tweaks) for an easier transition.

We’ve also created some new buildings that will feature on all settlement maps (both major ones and villages). 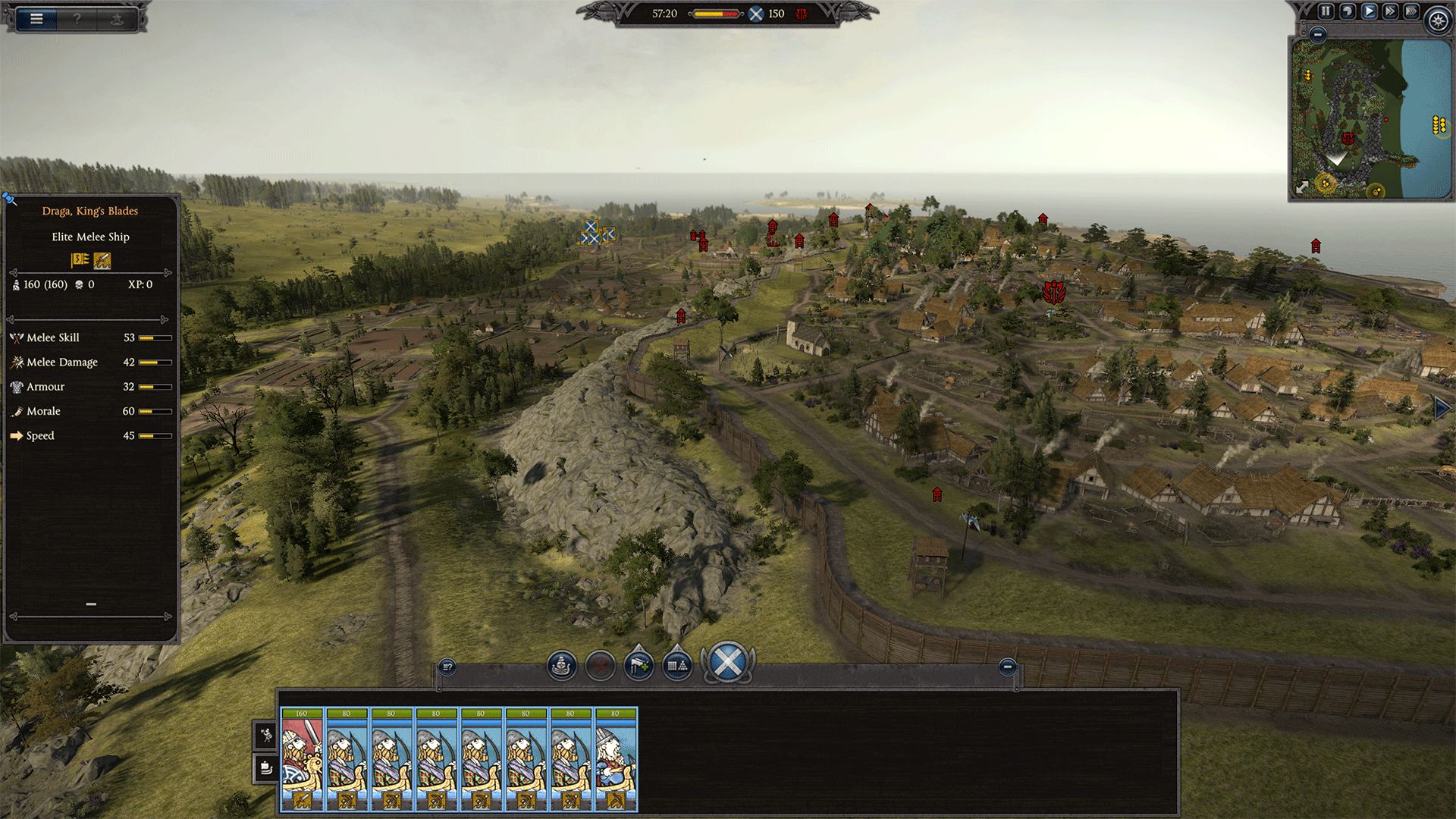 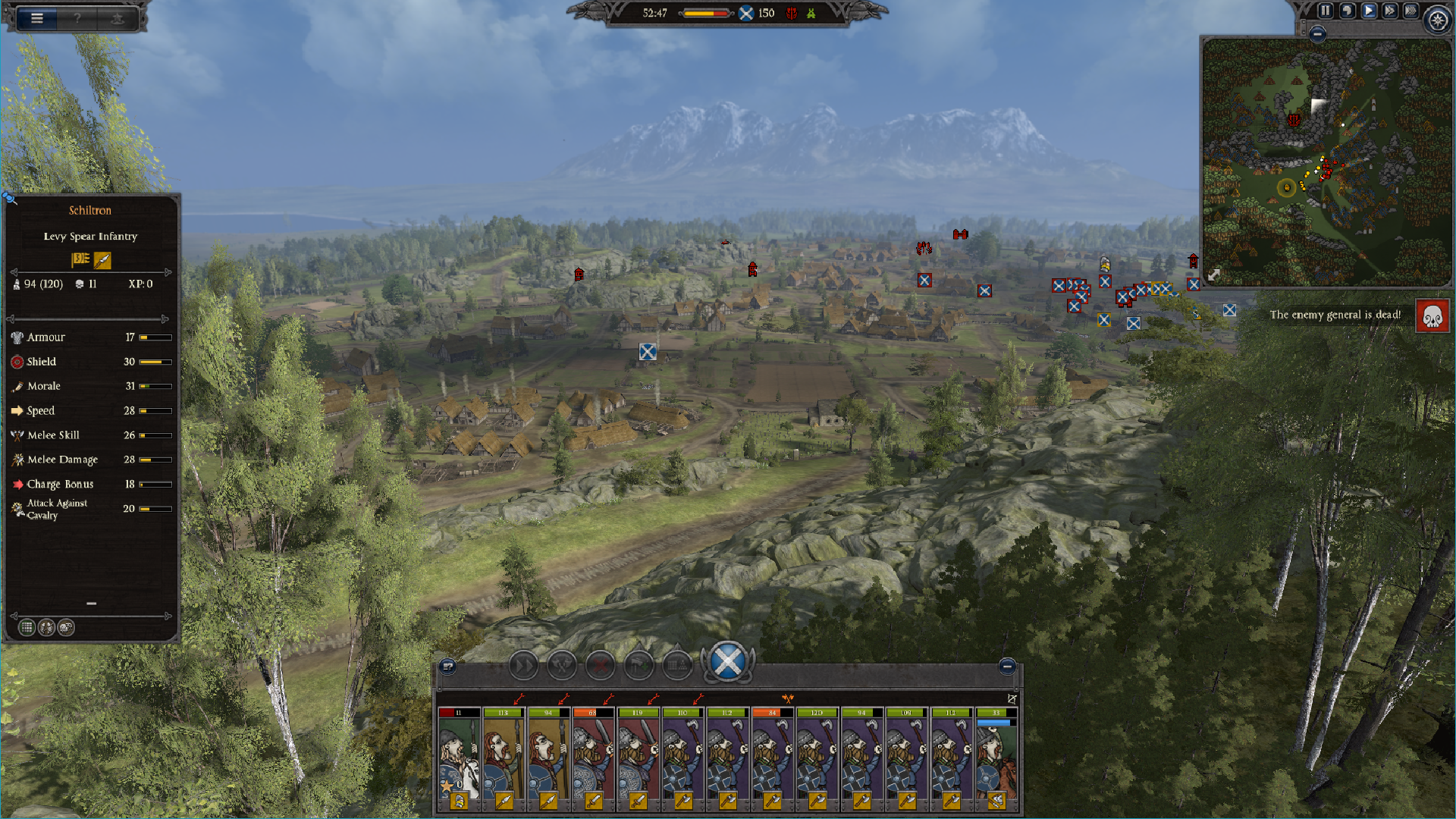 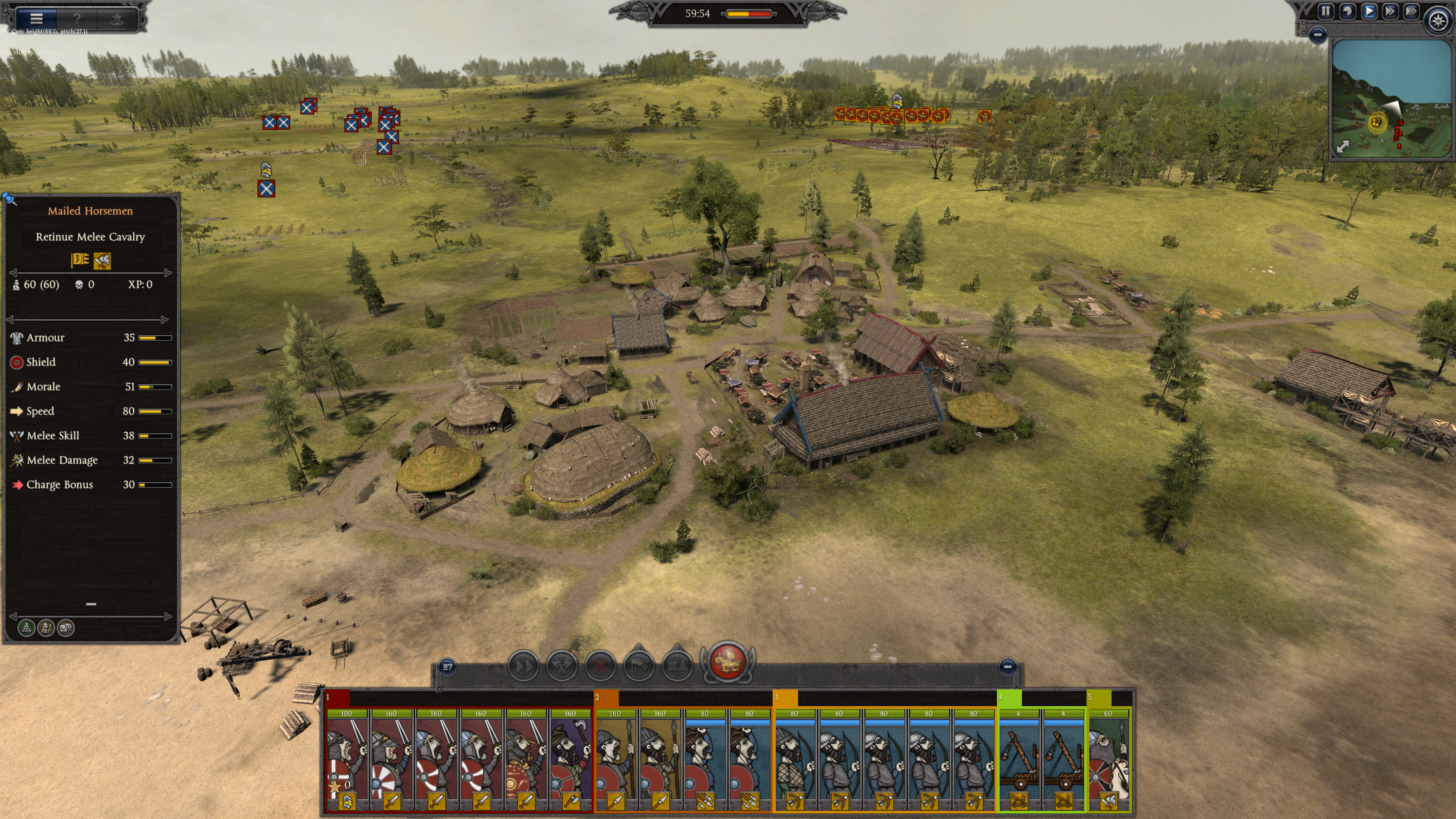 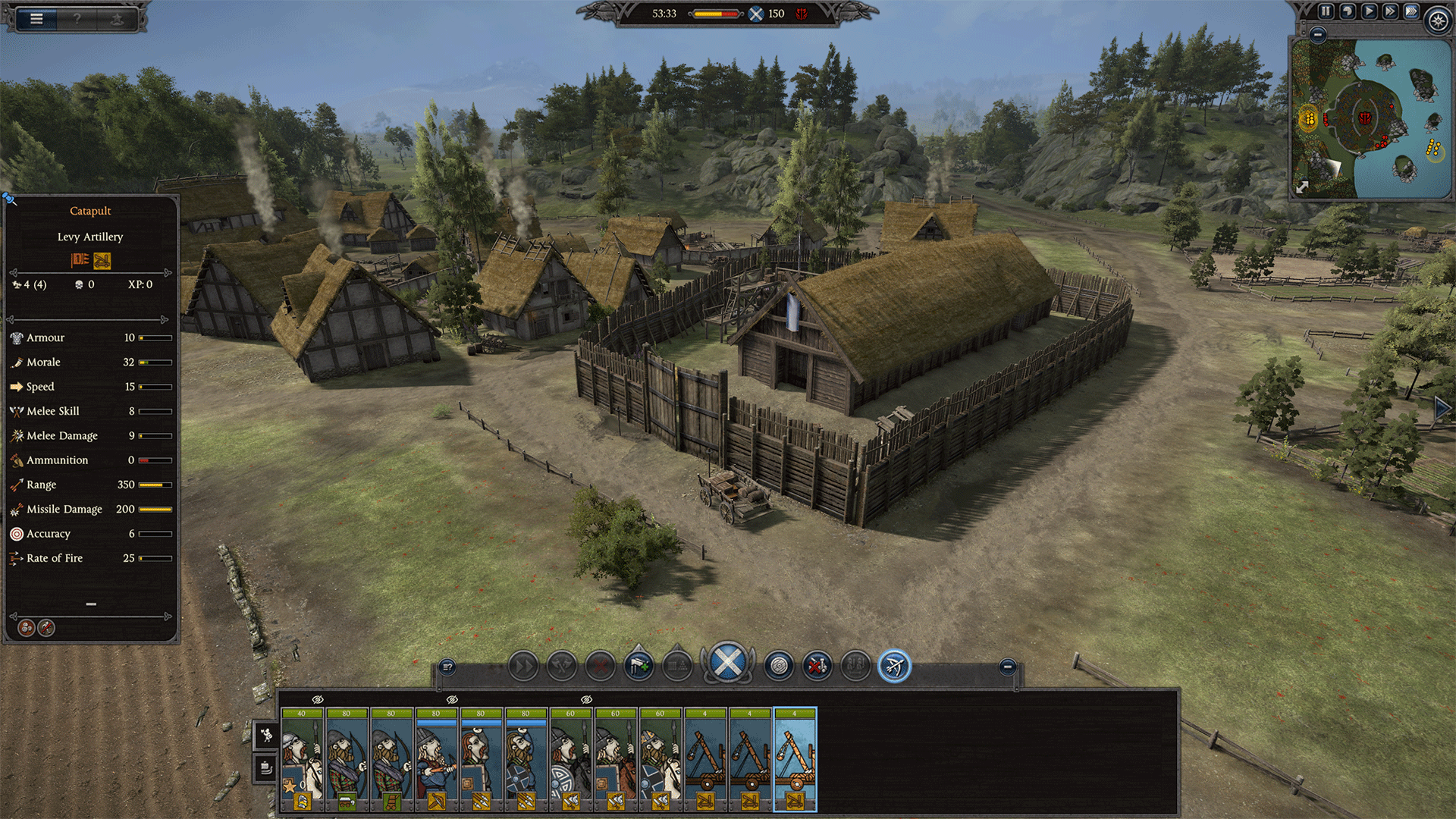 Since siege battles in Thrones of Britannia have been popular, we’re making two brand new settlement maps, one based on Bebbanburg Castle, and the other on The Rock of Cashel. 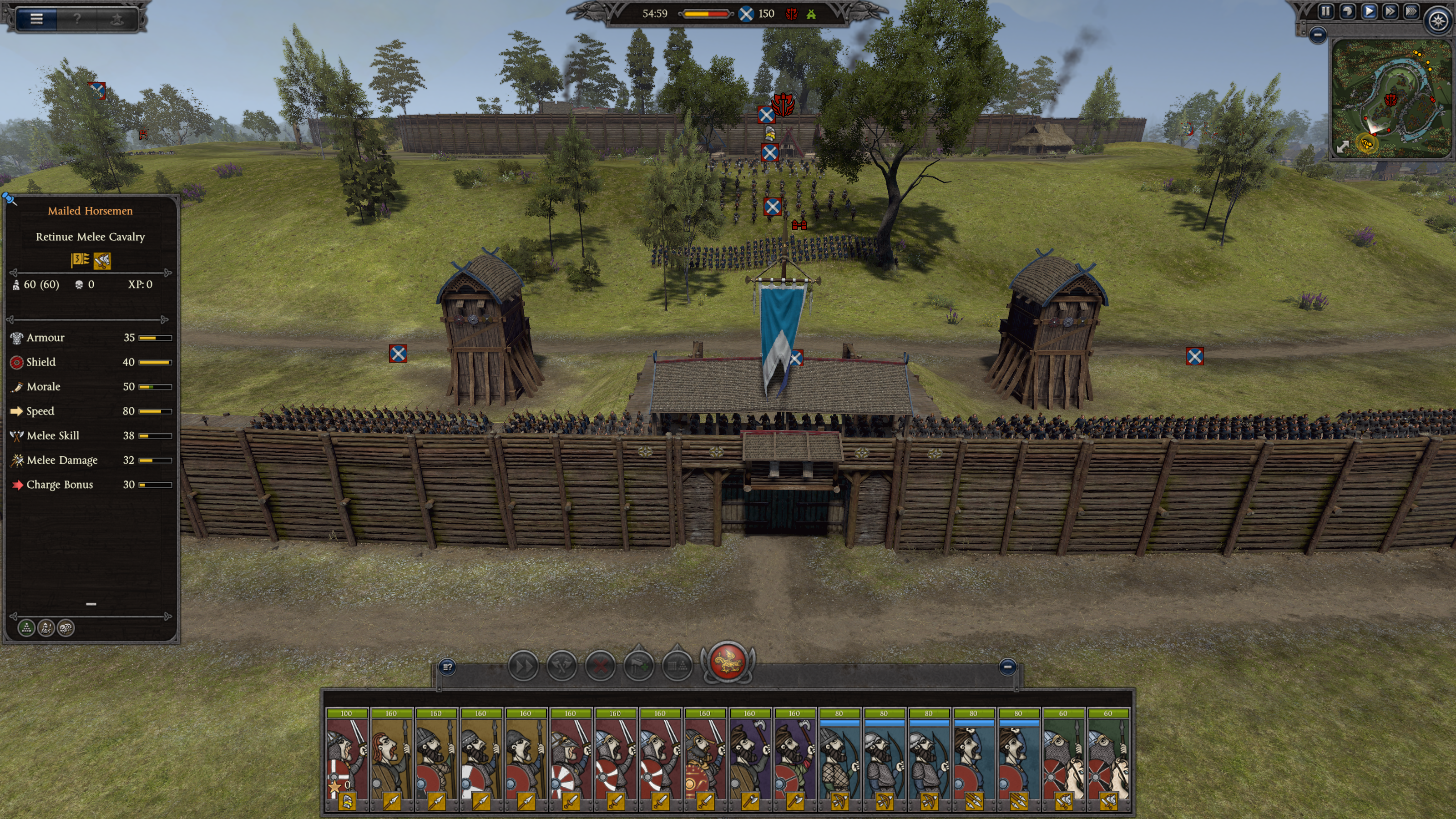 Last but by no means least, we’ve made a couple of changes to help out Modders. Most notably, the Recruitment window can now accommodate any number of custom units (with a scroll-bar). Also retail pack files now contain exported binaries for all basic UI components, in addition to the already existing composite templates.

And That’s Not All…

The update features improvements to lots of other areas of the game, including updates to battle AI, performance optimisations, visual improvements, UI enhancements and more. Look out for the patch notes next week to see a full list of improvements, updates and fixes.

Below is the full list of changes that the Allegiance update brings...

Today the second version of the Allegiance beta is now available, w...