In honour of springtime and sunshine (yes, even in the UK), we’ve been cleaning our code and scouring the database for any pesky bugs following the release of The Prophet & The Warlock. As such, tomorrow we’ll be updating Total War: WARHAMMER II with some tweaks, fixes, and balance changes.

With spring cleaning in mind, we’re also going to be dealing with some of the public betas that are currently available to opt in to for Total War: WARHAMMER II. With each release we always include a rollback build that allows you to finish any save games or continue playing with mods, but from the next update we’ll also be closing down our oldest build. Over the next few weeks we’ll be including a breakdown of all the current betas available, listing what they include and roughly how long they will be open for. Stay tuned for more on this, especially if you’re a modding enthusiast. 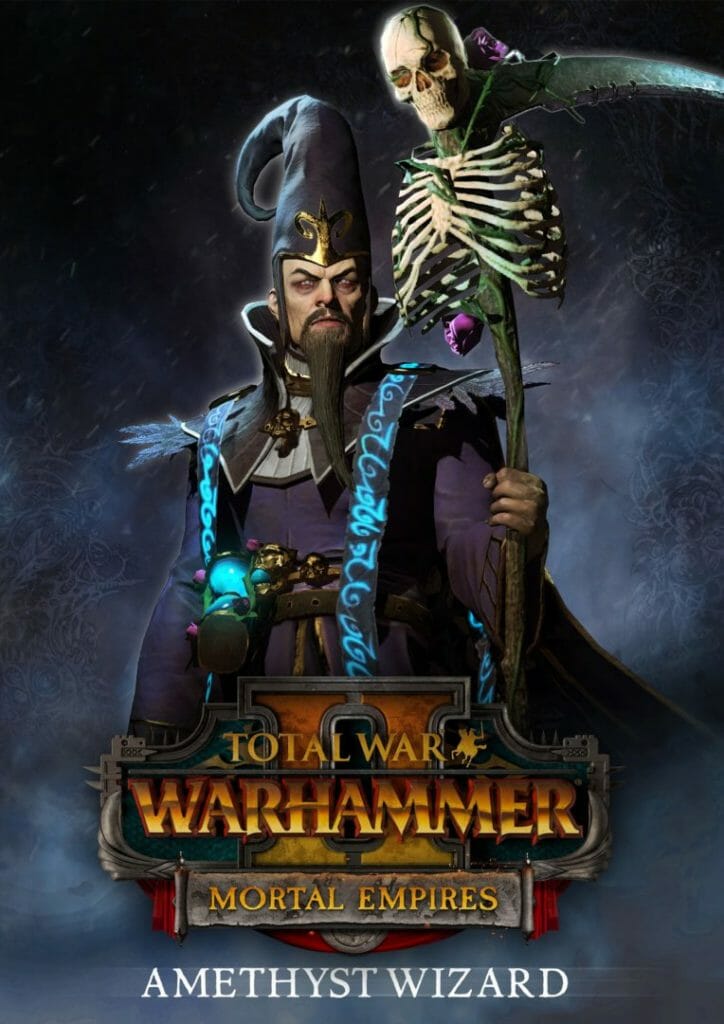 The Scythe, the Hourglass, the Amethyst Skull, the Thorny Rose – these are the symbols of the Imperial Colleges of Magic. The Amethyst Order is represented by the inverted Scythe, indicating its affinity with the Purple Wind, Shyish, and, of course, death itself. In fact, the very awareness of mortality – that there must be an end to all things – creates its powerful magic. The Amethyst Wizard is therefore, by definition, a magister morbidly obsessed, able to strip vitality directly from Lords and Heroes and, crucially, diminish the will of those fighting beneath them, turning even the bravest warriors to ignominious flight.