Home › Blog › “It’s something very new to Total War, and really opens up the world in a way we’ve not seen before”: Exploring the Wood Elves Rework

As you may already know, the Wood Elves faction will be getting a substantial rework as part of the Old World Update being released alongside the latest Total War: WARHAMMER II DLC – The Twisted & The Twilight.

Join us as we chat with Will Wright, a designer on the WARHAMMER new content team, about the changes being made to Wood Elves as part of The Twisted & The Twilight Old World Update including Amber, Forest Encounters, and the brand-new travelling the Deeproots mechanic.

CA: Hi there! First of all, could you please introduce yourself?

Will Wright: Hi! I’m Will Wright, and I’m a designer on the WARHAMMER new content team. For this DLC, I was the primary designer for the Wood Elves rework.

CA: What was the rationale behind the Wood Elves reworks included as part of the latest Old World Update?

Will Wright: The key thing we wanted to preserve was the sense that the Wood Elves aren’t out there to paint the map green. They’re not complete isolationists, but they try to avoid interacting with the outside world when they can. In fact, a lot of their time is spent trying to stop the forest spreading too far!

This is a bit of a challenge as most Total War games are all about expansion – and in WARHAMMER, fighting various cultures is a core part of the appeal. How do you make a faction that, on the surface, pulls against those tendencies fun and enjoyable?

As a result, we really had to go back and rethink pretty much everything about the faction: how their economy works, their victory conditions, even the way they move around the map. It’s a pretty fundamental rethink of the whole race – much more extensive than any previous reworks.

CA: Tell us more about the changes to Amber and the Wood Elves technology rework.

Will Wright: Amber was originally intended to do two things: to give you a way to progress without conquering the map, and to help distinguish between the Tree Spirit and Wood Elf parts of the roster.

The problem was that, in practice, it meant if you wanted to get access to all the cool toys in your roster, you had to go out and conquer lots of land.  And, as much of the rest of the faction was designed in such a way that it didn’t support conquest (not having walled settlements, for example), it resulted in a frustrating experience.

As a result, we’ve massively stripped back the role of Amber. It’s now something much rarer and more unique, and used just for some specific, powerful technologies.

CA: Tell us about healing the forests – how does this new mechanic affect the Wood Elves overall?

Will Wright: In each campaign, there’ll be certain settlements – four in Vortex and eight in Mortal Empires – that are marked out as the core of a “Magical Forest”. Your primary goal in the campaign is to heal these forests, which you do mostly by securing their surrounding “Heathland” regions by razing them, conquering them, or allying with their owner.

One cool effect of this is that it means the Wood Elves see the map in a different way – they don’t care about the normal province boundaries, and instead have their own agendas. It’s very true to the spirit of the faction.

It also encourages you to think about territorial control differently.  Normally in Total War, losing territory means you’re losing the campaign – but, for the Wood Elves, a razed or allied Heathland is as good as a controlled one. A lot of the time you’ll actually want to cultivate a strong ally to act as your buffer, as they’ll actually be better placed to defend those regions than you. And, once you’ve healed the Forest, those Heathlands become much less important – you might even choose to abandon them yourself, using the new Abandon Settlement feature that’s available to all factions.

CA: What about Forest Encounters?

Will Wright: This is a similar concept to the existing Encounters at Sea – go to marker, get a dilemma and potentially a battle. But the Forest Encounters are more bespoke: each one is unique and ties into the narratives of the local region, with much more diverse outcomes.

The goal of them is to capture that “defender of the forest” feeling that’s so crucial to the Wood Elf fantasy. One of the most interesting parts about the Wood Elves is their unpredictability – sometimes they’ll emerge from nowhere to help someone turn the tide of a hopeless battle, sometimes they’ll savagely murder you for wandering into the wrong place.

Forest Encounters are intended to represent those decisions – do you ruthlessly police the forest borders against any interlopers, regardless how innocent they are, or do you try a more outward-facing, diplomatic approach?

CA: Explain the reasoning behind the introduction of the new travelling the Deeproots mechanic.

Will Wright: It became apparent very quickly that, if we wanted players to interact with the distant forests, we’d need to give them a way to get there without trudging across the whole map. And we knew a lot of players were asking for teleportation of some sort as it’s a core part of the Wood Elf lore.

We’d actually wanted to do it back in the original DLC, but there are a lot of very complicated considerations that have to made with regard to things like AI, so it just wasn’t feasible. Even now, with all the resource and tech we have, it’s something we’ve had to put limitations on: you can only teleport from Forest to Forest, and there’s a cooldown on it.

But even with those restrictions it’s something very new to Total War, and really opens up the world in a way we’ve not seen before. It’s very exciting.

CA: What can you tell us about Drycha, the free Legendary Lord available to owners of Realm of the Wood Elves?

Will Wright: Drycha was an interesting challenge: how do you make a Wood Elf faction without Elves? Her hatred of Elvenkind is so central to her character that it would have felt wrong for her to be running round with full stacks of Waywatchers. There’s some lore about Elves sometimes being bewitched by the forest spirits which we felt justified her having access to some Elf units – though they will be a little weaker due to the magic clouding their minds – but there’s still a few tools you won’t get.

But we didn’t want her to be defined just by what she didn’t get – which is where the Wild Beasts come in. Drycha can instantly recruit all kinds of gribbly beasties from the local region, such as wolves, bats, and spiders. These big hordes of fast, disposable units are perfect for hunting down pesky Wood Elf skirmishers. It makes her play very, very differently to what you’d expect for a Wood Elf faction.

Her other big selling point is Coeddil, her unique legendary hero. He’s an absolute beast, and the quest battle to unlock him is one of the most unique we’ve done yet.

CA: Is there anything else new and noteworthy for the Wood Elves in this Old World Update?

Will Wright: Pretty much every single part of the faction has been updated – the economy, the skill trees, even the original Defence of the Oak final battle has had a bit of a touch up.

For me, the most interesting parts are Aspects. These are special upgrades that Durthu and Drycha’s factions can apply to their tree spirit units. In that sense, they’re similar to the Scrap Upgrades we introduced in the Greenskins update. But, unlike Scrap Upgrades, you can actually switch between Aspects for a small cost. You might take the Armour-Piercing-granting Birch Aspect while fighting Dwarfs, then flip your army over to the anti-infantry Willow Aspect to chew through the undead hordes of the Vampire Counts. It adds a flexibility and adaptability to the units which is really interesting.

Will Wright: The original Wood Elf DLC came out before I even joined CA – I remember theorycrafting how the faction would work on the forums before they were even announced! And they were one of my favourite tabletop factions, so it’s been an absolute dream come true to actually get to work on this revamp.

A lot of what we’ve done has been quite risky and experimental – I won’t pretend we’ve made something perfect, but I hope we’ve got a lot close to capturing what makes the Wood Elves an interesting and unique race, and it’s an exciting platform for us to continue to build on in the future.

Home › Blog › “It’s something very new to Total War, and really opens up the world in a way we’ve not seen before”: Exploring the Wood Elves Rework 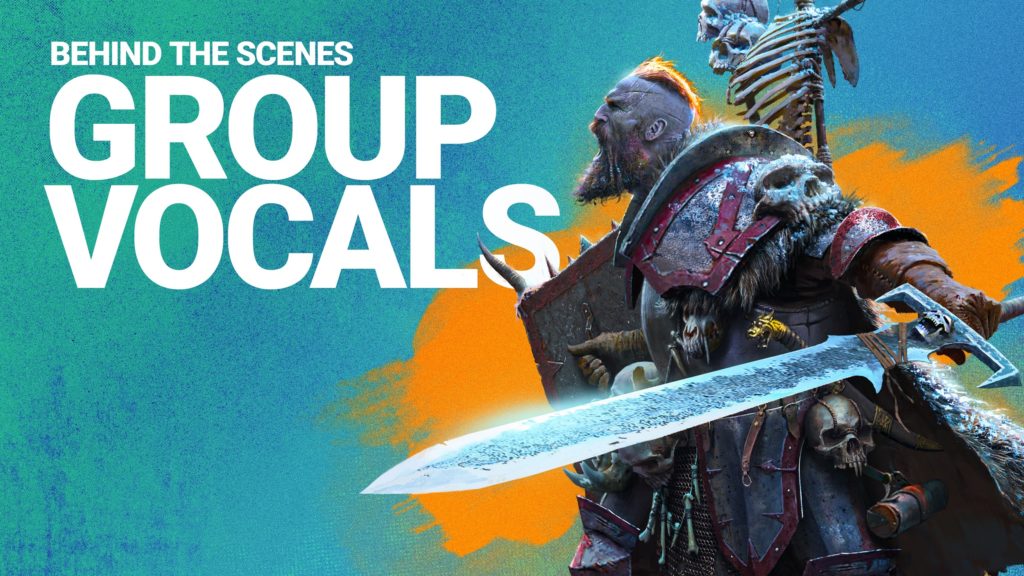 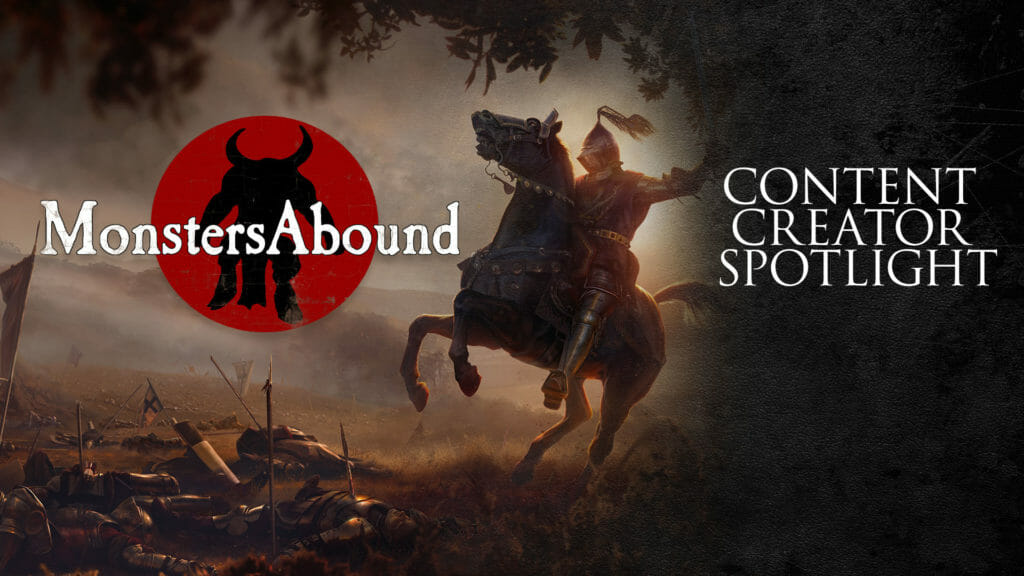