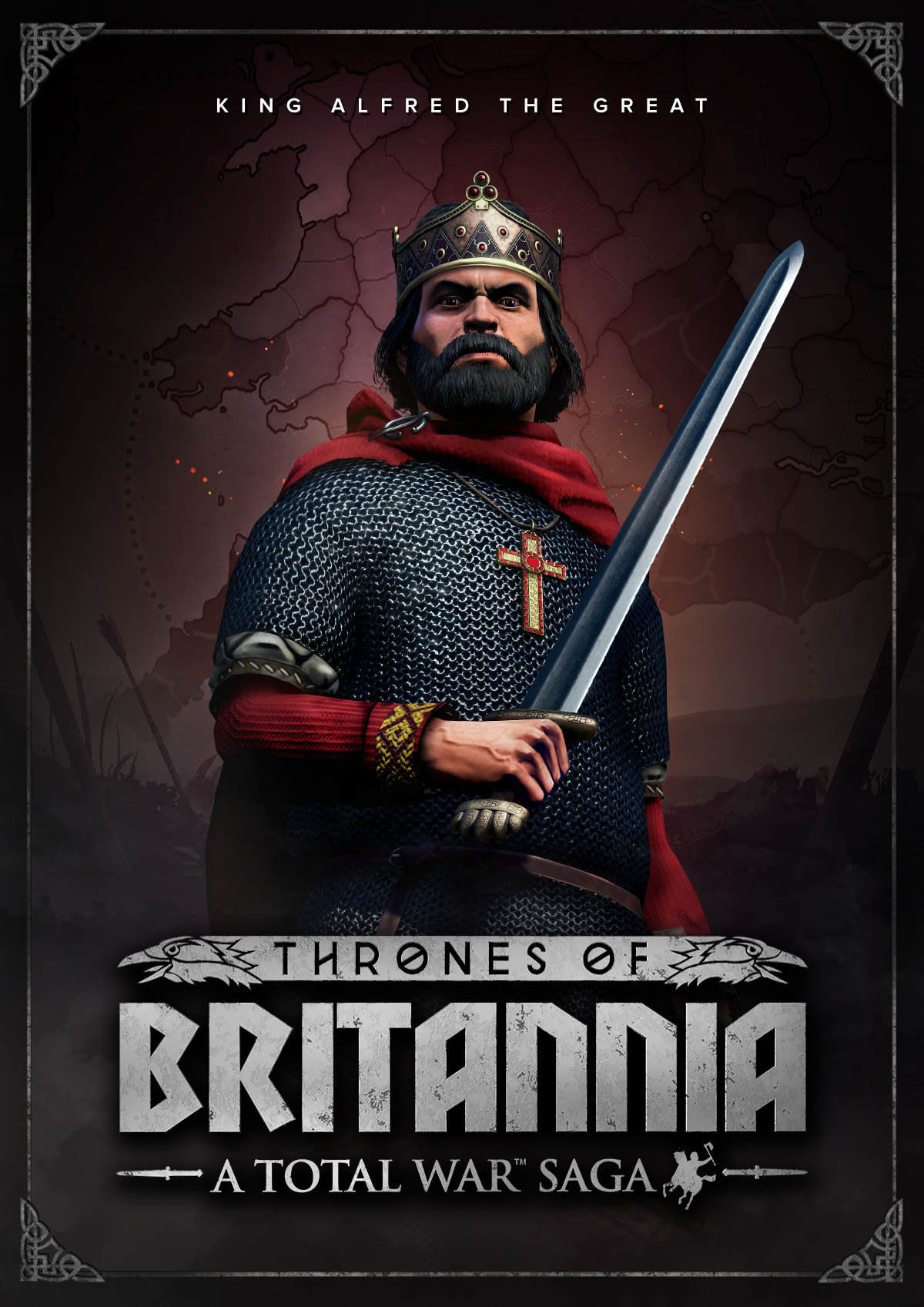 The youngest son of King Æthelwulf, Alfred of Wessex is more famously known as ‘Alfred the Great’ for his legendary will to survive and unite the isles under one banner.

Alfred undertook his first key military challenge in 868 AD when he supported his brother Æthelred, the reigning King of Wessex (West Seaxe), in an attempt to repel invading Danish Vikings from the neighboring Kingdom of Mercia (Mierce). This pre-emptive strike failed and the brothers were forced back to defend their homeland against the seemingly unstoppable Great Heathen Army.

After a grueling series of bloody battles, it was Alfred who led Wessex to victory in the Battle of Ashdown in 871, routing the Vikings in a fierce hillside assault and laying the first foundations for his reputation as a decisive leader.

In the next year, he succeeded his brother as king, who after subsequent crushing defeats at the hands of the Danes, perished from fatal wounds. The Anglo-Saxons were being squeezed from Wessex despite Alfred’s improbable victory at Ashdown.

A battle veteran at 21, Alfred had no choice but to withdraw to the trying landscape of the Somerset Levels, where he continued guerrilla warfare against his foes. Building a fortified base, using mobile armies in the style of the Danes themselves, and using his knowledge of the difficult terrain, he again defeated the Danes in the Battle of Edington.

Alfred pursued them to their fortress in Chippenham and after fourteen long days the Danes were brought to their knees, starving and crippled with fear. This unexpected triumph will surely be pivotal in Wessex’s campaign, not only for survival but for uniting the realm.

Alfred has reconsolidated his army in heavily entrenched settlements across southern England and is ready to stand firm against the onslaught of hungry and ambitious raiders and pretenders who continue to harass and divide the fractured kingdom of Britannia.

Viking Sea Kings After nearly a century of escalating raids, the Vi...

Thrones of Britannia: The Welsh Kingdoms

Thrones of Britannia: The Gaels